Because it's important to your mother

Every once in a while something happens that makes me think, ill-advisedly, that I should give trucker hats another try. Everyone looks so chill and relaxed and fun in them! In Maine I took a gorgeous, Insta-level picture of Mary wearing one. 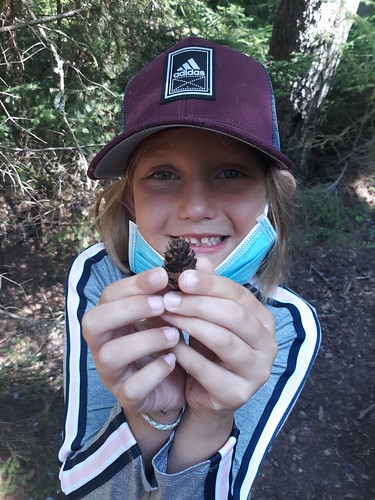 And I thought, eh, maybe?? So I put on one of Wes's, a hat I sort of covet because our kayak guide gave it to him last year and he doesn't wear it very much. 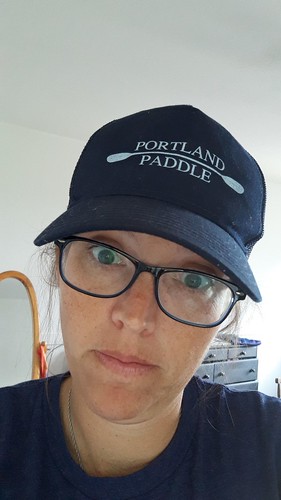 It will remain a mystery to me how to wear a trucker hat without looking like a member of the Coast Guard Auxilary or like I should be slinging clams down at the wharf.

On our last day in Maine I was lamenting our impending departure with my friend C and she asked me if we had any rituals to mark the occasion. I responded snarkily that to celebrate the end of a wonderful two weeks we get up at 2 AM and cry all the way to the airport. This is both sarcastic and true. But she got me thinking that maybe some kind of fun milestone to mark the occasion might be a good idea. And since my kids have a Cubmaster and an almost-seminarian for parents, they are pretty used to us geeking out on traditions and other kinds of Forced Family Fun. So I scribbled down a small ceremony to be performed during our planned campfire Thursday night. This plan worked mostly because we withheld s'mores until afterward and enlisted the cheerful participation of the teenager by threatening the loss of electronics time. 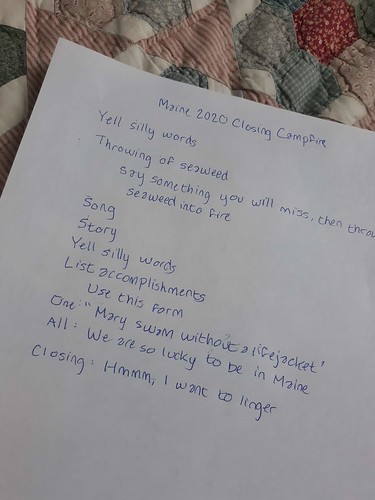 I thought we would start by yelling silly words, both to get buy in and also because we can't go five minutes without yelling "penis". I thought by me encouraging them to do this that it would be less elicit and exciting and I think it worked. 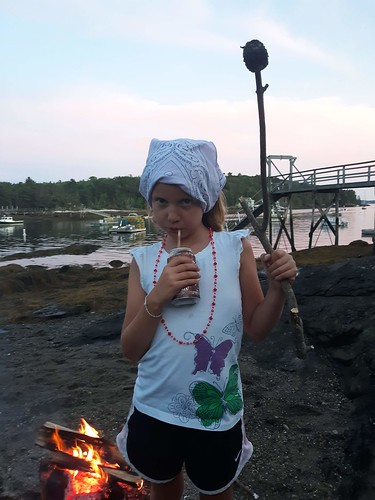 For the next part we got handfuls of dried seaweed and threw them into the fire after saying out loud something we will miss. This was a RAGING success and went on for nearly fifteen minutes. The kids were running all over the beach looking for more seaweed and the more upset they were about a particular thing, the bigger a hunk of seaweed they threw into the fire. The fire got HUGE. 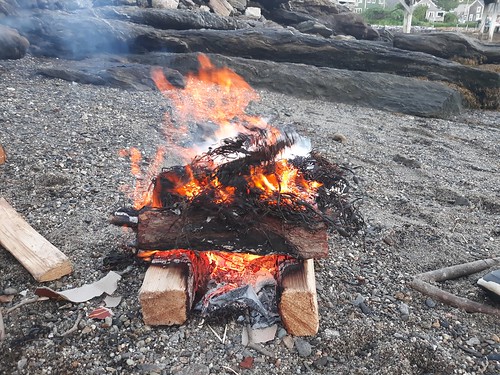 And then we all sang a parody song about Maine I'd slapped together that morning to the tune of "Take Me Home Country Road" that accidentally made some of us cry. Then Ryan told a story about a bear and a chipmunk from some Scout thing and then it was time for the closing song, "Mmmm, I Want to Linger," which we used to sing at camp during our closing campfires. Earlier that day I had played the song on YouTube and tried to teach it to James and Mary and James refused to learn because "MOM. This song is TOO SAD." 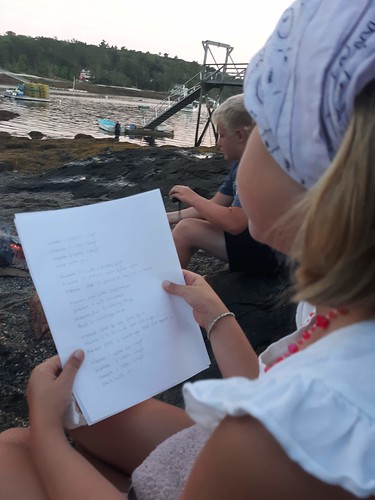 At last it was time for s'mores. 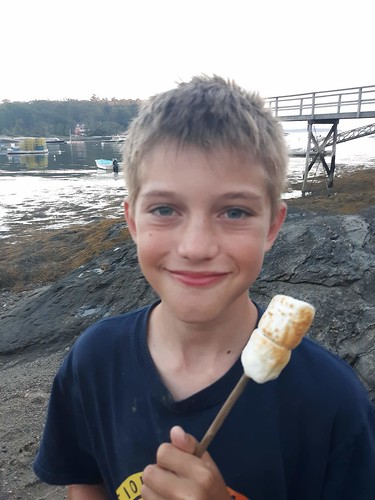 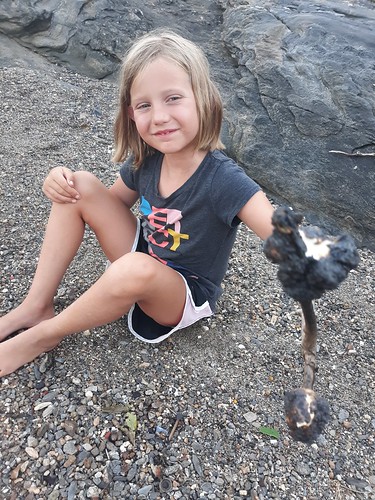 S'mores time was fun and silly as always and then Ryan and I weren't really done singing, so we kept singing "Linger", the parody song, and then, to really twist the knife, a haunting song about barges slipping into the night that we sang in harmony because we are the Griswolds. Apparently we overdid it because both little kids abruptly burst into tears. After lots of hugs Ryan got them calmed down by offering to take them swimming in the dark.

Leaving Maine is HARD, friends. Every year I feel like I am doing something harmful by bringing them back home and this year, knowing that there will be no birthday parties, no school, no afternoons at the pool with friends, it makes it feel so much worse. We are settling back in at home, though, and eventually we will be out of this mess and be able to do the things we love again. It is still tempting to pick up and move across the country, even for just a few months, because why not, when everything we do is online (confession: I literally tried to make this happen, but finding a furnished apartment on a week's notice for a reasonable price is hard!).

Hours after our closing ceremony (at 2 AM) we got in the car and drove to Boston to get on the plane. The kids chattered happily all the way there. We left all our sadness, temporarily, on the beach, in a pile of charred seaweed.
Posted by Becca at 11:27 AM

The ceremony sounds so lovely. It sounds like more parody song writing might be in your future as well, what an impressive feat to complete at the last minute!