I don't know about you but the first thing to go out the window in this crisis was my normal grownup bedtime. In fact, I am writing this post because I was about to post the picture of all the books I have in my bed like they're my loveys or something with a remark about staying up too late, but then I decided that the full pathology of this scene could be better described in a longer-form blog post.  This is my current book pile, which contains a sizeable variety of genres and subjects (and let's be honest, this is not the whole pile), and which also is in my bed.  I will probably move it before I fall asleep.  Probably.

I like to have a good variety of books in progress at all times so that I can choose a book each evening based on what I feel like at that particular time.  I have my Kindle out because I finished Eleanor Oliphant last night (SO GOOD YOU GUYS) and as a result no longer have a book in the "Light fiction" category.  AND THIS IS A TIME FOR THE LIGHT FICTION CATEGORY.  That is a genre I struggle with making choices because I am a straight up snob when it comes to books.  It's hard (for me) to find something in between drugstore mass market and War and Peace so I end up reading a lot of books like the Nightingale (A.MAZ.ING) and wonder why I never sleep anymore.

Or I just give up on fiction for long-ish chunks of time.

(The Barbara Kingsolver in the picture is fiction, and she is one of my favorite authors, but her books do not fall into the "light fiction" category, usually)

So I got my Kindle out to see if I could find a good light fiction option on Prime and instead got distracted and almost downloaded Richard Rohr's "The Universal Christ" instead.  I've heard it's very good, but also that it is neither light nor fiction.  Not to mention I have like three other books in that category out from the library right now.

I have still not found any light fiction to read.  So I am here. 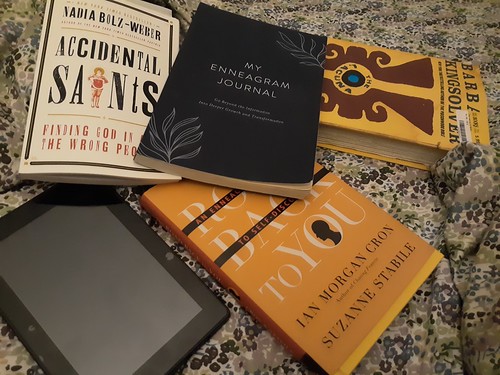 Quaran-tation 2020 continues to be a thrilling experience.  I don't know what day it is or what I'm supposed to be doing, but after my pity party the other night I discovered the joy of starting to cook dinner around three o'clock in the afternoon.  Yesterday I had to use up some hamburger and potatoes, so added a bag of frozen stir fry veggies and riffed on an Alton Brown shepherd's pie recipe.  The vegetarian one on the right is made with kidney beans, plus a little bit of butter for the roux and it came out so delicious that Charley ate almost the whole 9x9 in one sitting.  This was taken before I added the TWO POINT FIVE POUNDS of mashed potatoes on top.  The leftovers were enough for James and Charley to each have a modest afternoon snack today.  Otherwise the six of us consumed two and a half pounds of hamburger, the same amount of mashed potatoes, plus the veggies.  I really don't think we are cut out for food rationing. 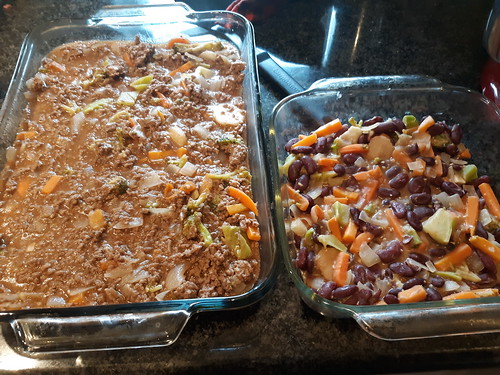 Mary and I have been working on this puzzle and watching a smaller version of yourself doing something that can be frustrating is...illuminating. 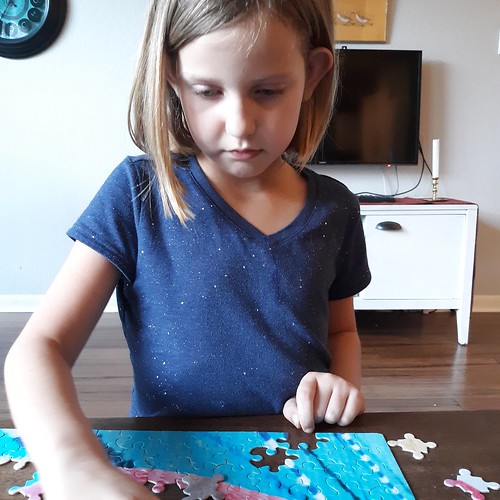 Tonight while dinner simmered on the stove I sat on the counter instead of going to the kitchen table because if I'd gone to the other side of the room the Bluetooth on my phone would have disconnected from the speaker and I'LL BE DARNED if I was going to give up control of the audio environment in the living room at five o'clock on a week day after THAT particular battle with the kids. 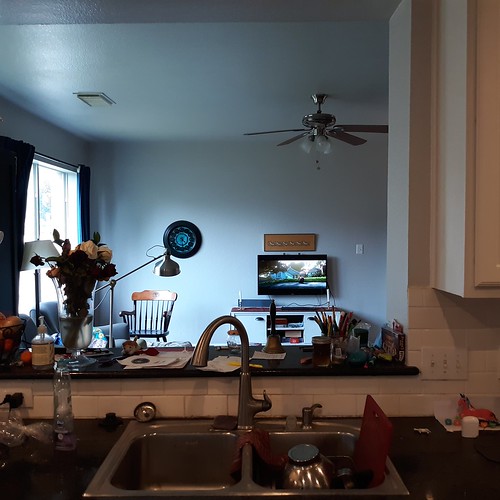 We had a good day today, with a BUNCH of screen time and a trip to the (vacant) neighborhood pool.  I even managed to make a passable dinner out of smoked sausage and rice, so that was good.

The other day I went for a badly needed decompression walk and was having so much fun I hid by a neighbor's fence for a few extra minutes of solitude on the way home.  The best part about this is that it wasn't creepy AT ALL. 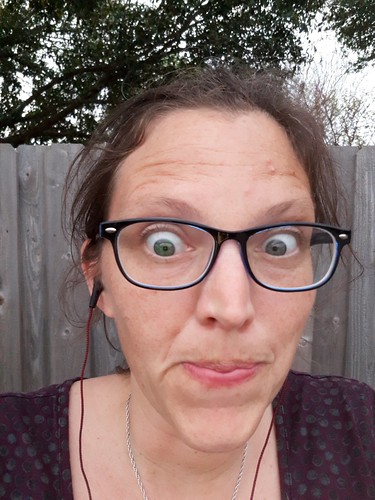 So that is day... four?  Like I said time has no meaning and it is technically tomorrow.  Tomorrow is Friday and tomorrow we order pizza so already that's like 50% of my worries that are gone just like that.  Until then.
Posted by Becca at 10:06 PM