I will miss them so much tomorrow

And by THAT I mean Winter Break, which I like to call "Teacher Appreciation Days" because helldang that was a long, what, six months off of school?

Thursday and Friday I lovingly greeted my hardworking spouse home after work by having a hissy fit and going to bed at 7:50.  On one of those occasions I stomped past numerous fleeting memories of happy moments during the day that had completely slipped my mind during the slog through the witching hour, which, apparently, is not only a thing FOR TODDLERS.  "Hmm, we read books there, stomp stomp stomp, and then we all painted our toenails and laughed really hard, stomp stomp stomp, and Mary and I did a great yoga video there, stomp stomp stomp."  By the time I got to my bed I had sort of realized I wasn't as "shitty" a parent as I had just loudly declared myself to be, but I still wasn't ready to be happy so turned off the light and was asleep almost instantly.  On another occasion I let everyone eat the dinner I made and then ordered a banh-mi pizza all for myself that I ate alone upstairs at my desk. 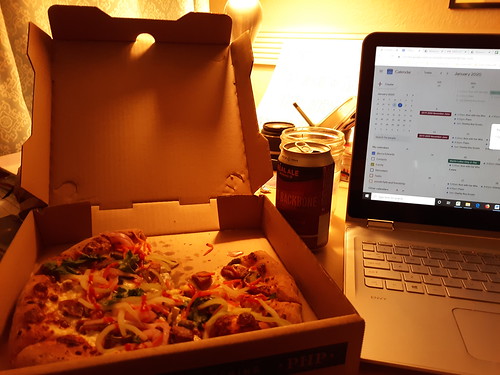 (Friends, the BICKERING.  It's like, GENEVA CONVENTION-VIOLATION level.  Is that metaphor still funny or hmm.)

When I wasn't having (delicious) high-calorie pity parties, we went on a few outings. Friday we took advantage of some of our town's great free kid entertainment options, namely the big library and the escalator at Whole Foods. 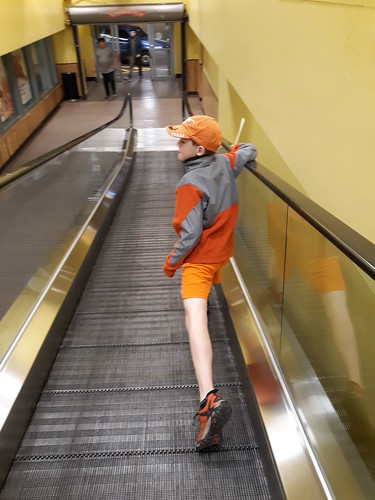 Charley took his pile of nature treasure to the naturalist at the Nature and Science Center and was awarded an incredible six hundred and fifty points, which he is saving towards his goal of buying a cow skull (750 points). 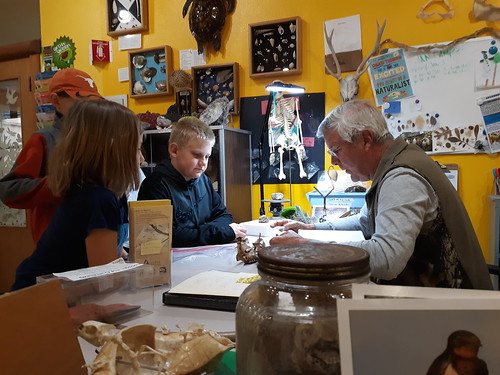 Saturday Ryan took three of the kids on a Scout hike while I dropped a fourth off at a morning birthday party and then returned home to crank up the music and spend a blissful two hours mucking out the master bedroom.  It makes me happy every time I go in there and don't cause a book avalanche when plugging in my phone.  Or don't accidentally overturn a half-full coffee mug onto my desk.  It's the little things.  Like vacuuming.  Under things.  And Windexing the windows (which made such a difference I can see it FROM THE STREET).  After this I did a Yoga video and then returned a bunch of emails and I FEEL LIKE A NEW PERSON.

(This stroke of productivity and the related serotonin boost is thanks to my friend Emily who probably does not remember this but posted something on Facebook about self care being about creating a sustainable and low-stress life by being proactive in the little details that accumulate and feel stressful and not by locking the children out and drinking in the bathtub.  Thanks, Emily!)

Today I was determined to end the break on a high note so instead of starting the day with a big family fun-chore like I had been, we went to see an awesome fort exhibit at our Wildflower Center that I have been wanting to check out.  I packed twice as much food as we needed for a picnic and brought the car DVD player to anesthetize them on the way home because I knew we'd be getting close to rush hour and I did not want to end a fun day screaming myself hoarse in a hot, stationary minivan in the middle of the highway.

And it was GREAT.  Such a fun day. 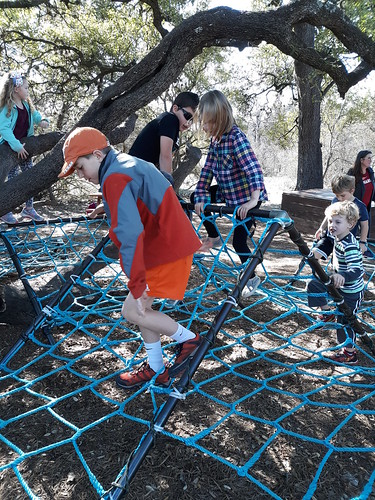 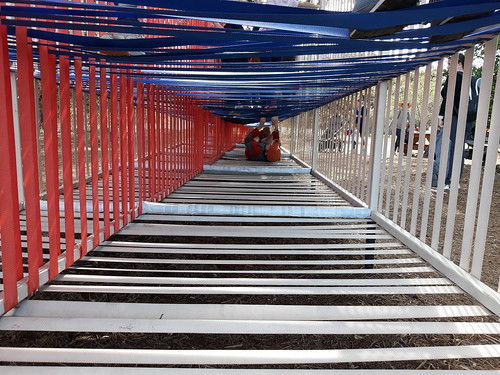 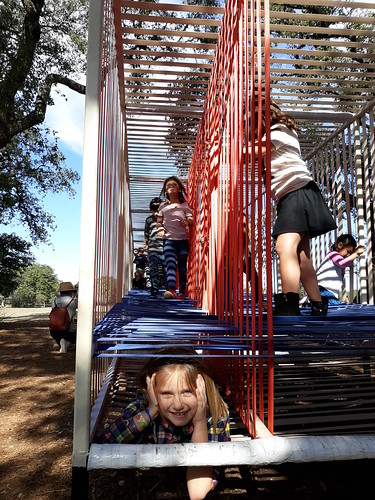 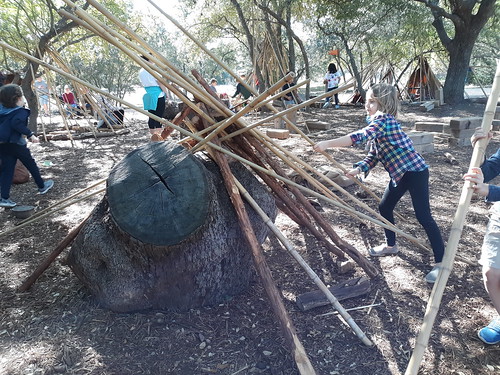 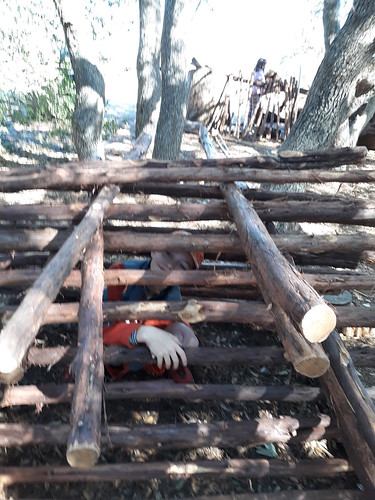 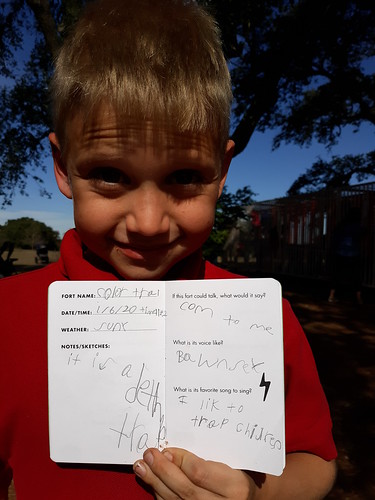 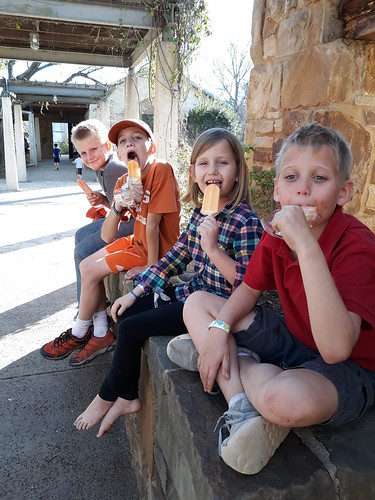 We spent nearly four hours at the fort exhibit and then decided to check out the children's garden on the way out. They played there for another wonderful hour, and then they were being so adorable we all had popsicles before we headed to the car. It was the perfect day. And NOW it's time for school to start. Just when I figured out how to do this again.*

*Witching Hour still happened. Still considered taking my dinner upstairs. Did not yell. Did turn off movie and made them chore it out until Ryan got home. They were still fighty but the house looked good.
Posted by Becca at 6:26 PM