With boughs of holly

The period between the end of the semester and Christmas Eve is always a crazy sort of half-marathon half-sprint kind of situation and this year is shaping up nicely. This week on Wednesday I had an early class, a meeting/coffee with a friend, and then a choir concert, after which I took James to guitar, then drove back across town to get Charley from swim practice, and then we stopped at the grocery store where I sent James and Wes in to buy eggs and maple syrup (separately, thank goodness I had cash), and then home to make pancakes and stare gape mouthed into the middle distance. Thursday began with another off campus meeting that was ten miles in the opposite direction of my usual commute, then two classes, then I had to leave again to take Charley to the doctor, then I had to run him home to get picked up for swim and then get back to school for our annual service of lessons and carols.

But friends, in spite of the insanity, Thursday night was absolutely magical. Candlelight is one of my favorite university traditions (unlike failing to show up for class the day before breaks and wearing tights as pants). The first time I attended was many years ago and I was absolutely enthralled when the choir started singing "Once in Royal David's City" as they processed down the center aisle. One year when we went, Charley fell asleep in my lap, so I didn't walk out when everyone else did and that's when I learned that the choir comes back into the sanctuary and finishes singing all the carols in the dark, lined up on either side of the sanctuary, holding their candles. Last year was my first time in the choir (not the choir that walks in singing, the other choir that joins that choir for one song) and I loved being a part of the service. My choir sang another song this year and as a bonus, the chaplain who is my friend J asked me if I would like to do one of the readings in the second service.  And I think I managed to play it cool in my response, but there was definitely some internal "squee"ing happening #nerd.

Imagine my excitement when I learned that the readers got to WALK IN with the choir that sings Once in Royal David's City.  Just.  Imagine.

The reading was everything I thought it would be up there on the giant pulpit with the stairs, looking straight ahead and trying not to be too freaked out that two of the pastors from my church were in the congregation.  I sat back down and a few minutes later got up to sing with my choir.  And then there were candles again.  And familiar carols.  I walked out with the rest of the readers and the choir, singing by candlelight, and then came back in to finish up all the carols in the nearly empty sanctuary.

One of my favorite parts is always when the last note of the last song hangs in the air for a moment and then dies and then it is quiet and dark and then the choir, finally done with their exhausting night, breaks character and turns back into the goofy bunch of students they really are.  They do such a good job.  But they are also like nineteen.  I love this age group.

It was such a great night.

(My friend S would say, "It was such a great night AND I went home and inhaled two fried eggs and two slices of American cheese on a slice of toast and washed it all down with two glasses of wine" because she likes to point out when two seemingly conflicting things can be true at the same time:  It was amazing.  It was a LOT.) 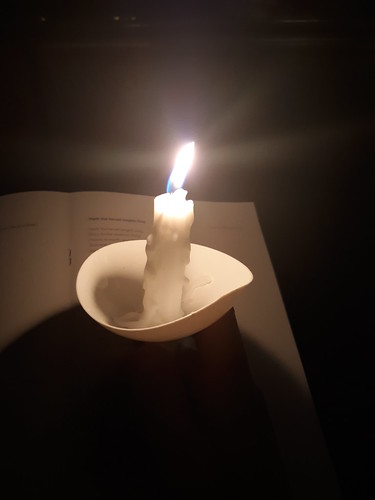 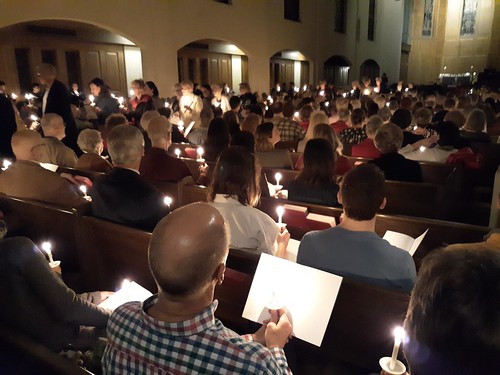 On the homefront we finally got our act together and decorated for Christmas last weekend.  This was prior to Candlelight, so I was still having trouble getting into the holiday spirit (no problem at all getting into the cranky end-of-semester professor spirit), but I put myself to the task of faking it until I made it.  Fortunately the kids' overwhelming enthusiasm is infectious and the house really does look pretty. 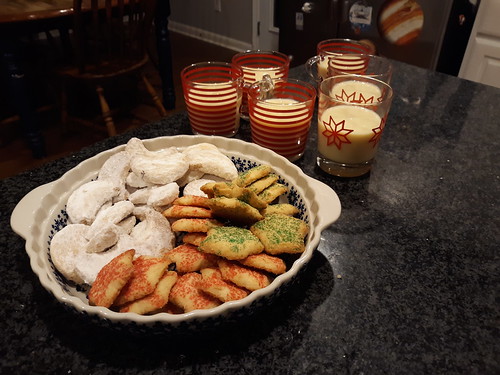 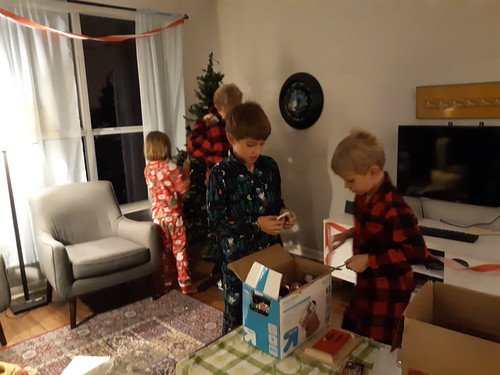 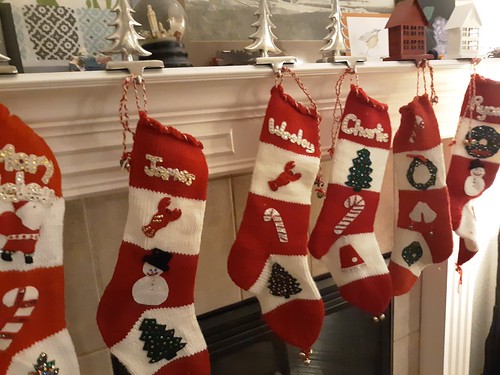 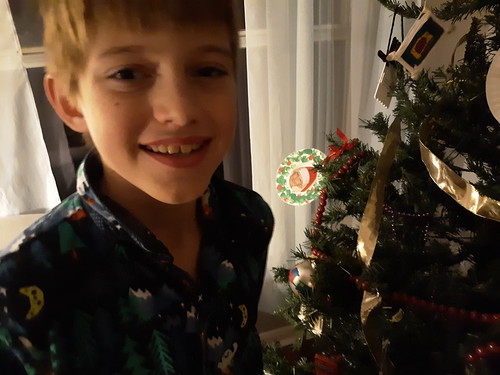 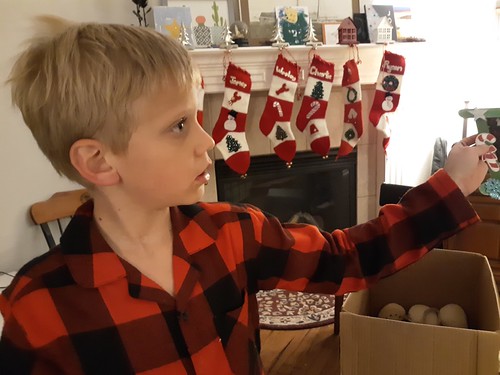 There would be a cute video of Mary hanging ornaments on the tree but all you can hear in the background is two of the kids spanking each other and yelling "OOOH!" and one kid farting loudly and then exclaiming "Oh wow, I can practically TASTE that one!!" 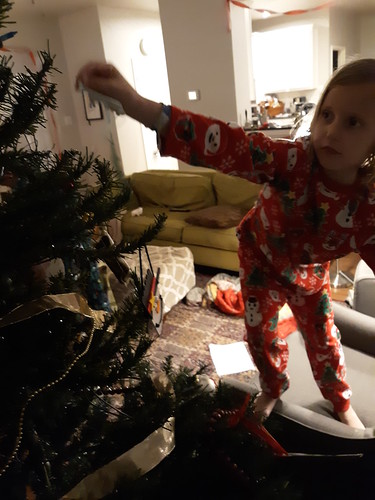 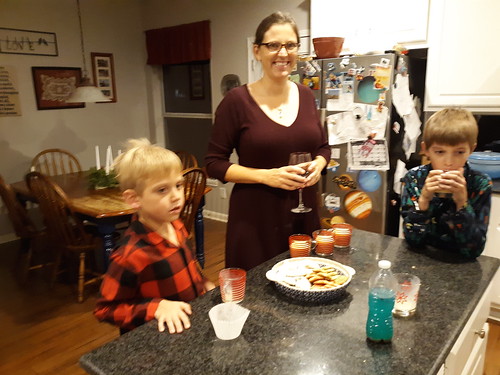 We didn't even have time to put the lights on our poor tree before the ornaments went up so that is an engineering problem Ryan will need to solve before we have friends over on Saturday.  On a related note, I have to make like nine-ish dozen pierogies by Saturday, which would obviously be easier if I was an Eastern European country-dweller without an afterschool activity schedule and finals to grade and with a half dozen female relatives living within walking distance.  Today I coped with this anxiety by vacuuming the stairs and reading a book in my front yard.
Posted by Becca at 8:14 PM