OMG you guys do you remember when I said that Fall "Break" was almost OVER?? Well apparently there was a little mixup and I was wrong and today (Monday) is actually the Fall "Break" that you thought was good and dead after you stabbed a wooden stake through its heart but actually got up and is stalking around behind you. Because today is BONUS STAFF DEVELOPMENT FALL BREAK DAY SIX. Do not pass go, do not go to work, do not accomplish anything on your growing list of neglected professional obligations, do not collect two-hundred dollars.

There was a bit of confusion on the school Facebook page and a bunch of confused texting among my peer group (my peer group apparently is similarly good with details) but the bottom line was that there was no school today. After having a little tantrum about it while buying milk and eggs on the way home from spending eight hours at church, I bought some movie tickets and drank a glass of wine and decided to be a good sport about it.

Let's back up though because spending eight hours at church on a Sunday was some kind of record. A few weeks ago my friend called and asked if I'd be willing to do the children's sermon this weekend and because this is the Year of Yes, I said, well, yes, even though it is well known at church that I "am not a children person." I am frankly a little surprised that they trusted me up there with a microphone because I have been QUITE the squeaky wheel the last six or so months, but they did. They asked me to talk about generosity, so I read part of the Elephant and Piggie book called "Should I Share My Ice Cream" and we talked a little bit and it really went quite well. Part of the reason it went well is because I had to do it four times in a row, so by the last time it was sounding pretty polished. I did not expect to enjoy it as much as I did and I even liked the added pressure of being a Generally Cheerful and Warm Person during the Passing of the Peace because I was easily identified by my over-the-ear microphone as a Participant in the Service (Mary was enthralled by the microphone and reached up to gently touch it with one finger on multiple occasions.)

Feeling too self conscious to take a decent selfie. 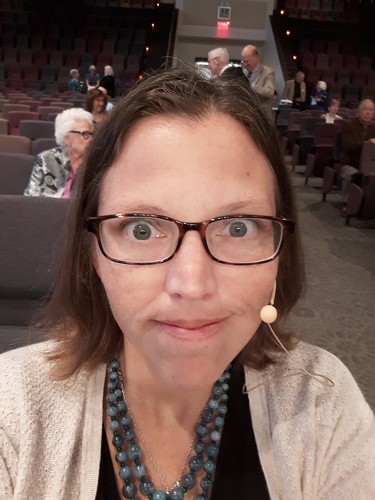 In the middle of the four services I had to go outside and lead the service we've been doing in the courtyard (the other people who do that service offered to cover for me during the children's sermon Sunday but I said "No thanks, I want to see what I'm made of.") so I talked a little bit about how "This Little Light of Mine" has a history as a protest anthem, sang "Lord of the Dance" with my friend Jimmy on guitar, and then ran back inside for more Elephant and Piggie.

Somewhere in there Ryan took all four kids to a Scout meeting and gave everyone lunch and haircuts, so he's the real hero of this story.

(An aside: I just heard something being poured into a bowl, the sound of the microwave, and then a scuffle, a kid stomp up the stairs and slam a door, and now a sickly sweet smell is wafting up the stairs. #FALLBREAKDOWN)

Anyway. Today I rowed and caught up on some reading before they noticed I had arrived home. Then we went to the movies and then to the pumpkin patch (back! at! church!) and now we are home to bicker it out and apparently perform science experiments in the microwave. I have big plans to make bread pudding for dessert which will require a klassy trip to the liquor store with four kids in tow,(SERENITY NOW).

But CAN WE PULL OURSELVES TOGETHER OR WHAT?? 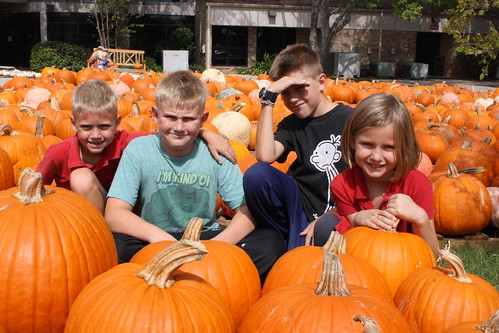 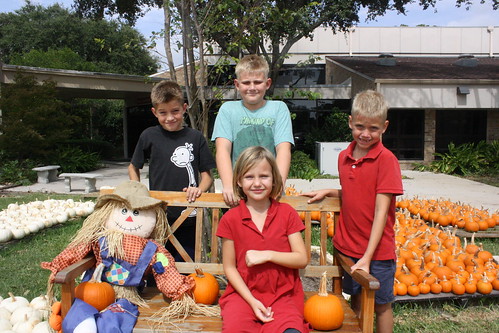