We've been back from Maine for a few days now and aside from re-aclimating to the situation where you still feel sweaty all the time, even inside of buildings, I will say things are going well.  Charley had his first year-round swim practice Tuesday morning and even more exciting than that JAMES finally after a year of waiting was allowed to be evaluated for year-round swim.  He swam an hour-long practice with a handful of other kids his age and listened carefully to the coach's instructions the whole time.  I chatted quietly with the coach while he stood by, wrapped in a towel, looking angelic for the verdict.  When I turned around and told him "You're in!  Nice job!" he screeched "YES!!!!" along with what would be called a fist bump if it was your entire body.  Afterward he kept talking about how tired and happy and hungry he is.  I'm so excited for him.

Ryan declared this weekend "easy weekend," which was nice and necessary after awakening at one o'clock in the AM (Central) on Saturday to catch our flight.  Charley took a four hour nap on Sunday afternoon while the rest of us met up with friends at the splash pad downtown.  Because it was easy weekend we also bought everyone ice cream and then took eight kids to get pizza (Charley had woken up by this point).  Easy weekend is the best. 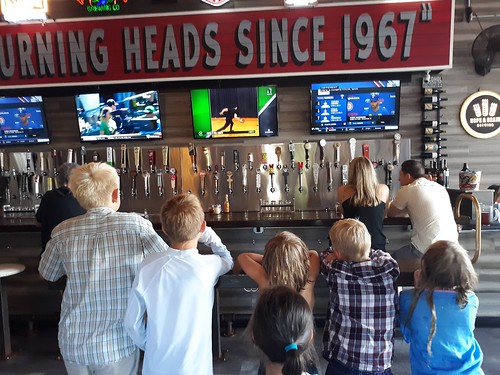 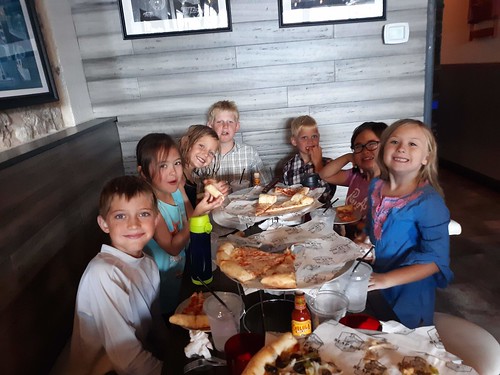 And now for a randomly assembled sample of the hundred or so pictures I took in Maine this year. Some milestones: The kids all went back to sea and science camp again, Charley and Wes did two weeks and James and Mary did one. They did the usual learning to sail (or practicing sailing in the boys' case) and also this year because we went to a different session, they learned all about Maine fisheries. Mary came home referring to every floating paper cup as "marine debris" and cautioned us against attempting to sail in the "No Go Zone," or directly into the wind. Charley and Wes got lots more experience sailing boats themselves and I'm just so amazed by their confidence and ability. They also went on field trips to the Coast Guard station and the aquarium. Whenever I muse that maybe they would like to take a week off one year they look at me like I have three heads, so this is definitely a Thing now. James, Charley, Wes, and my niece S all did the swim test, in which they swim all the way across the harbor and back. It used to be that if you completed the swim test you didn't have to wear a life jacket in the boat, but now it just means you get the customary cup of hot cocoa and five bucks and you don't have to wear a life jacket on the dock if an adult is with you because 2019.

The rest of us who were not at camp spent a lot of time lounging around, going on beach trips, checking out the Maine Maritime Museum (which is AWESOME), eating inappropriately, reading good books, and hiking. Due to the warmer than normal water temperature (hmmm, I wonder what is causing that) the jellyfish population exploded this year and for the first week of our trip we could usually find at least ten of them around the area where the kids usually swim. At first we just helped them avoid running straight into them but after some stings we realized James has an unusual reaction that includes headaches and swollen neck lymph nodes (because of course) and we finally had to ban him from the water when it seemed like the reaction was escalating each time.  The way he tells it, the second time he was stung the jellyfish "Was hiding on the bottom and then looked up and said 'Oooh!  It's a CHILD!' and then swam up and grabbed me by the arm.'"  He also said that jellyfish "feel like the softest towel you could ever imagine but then when you let go YOU FEEL THE PAIN!"

I am wondering if I now need to write "jellyfish allergy" on all school paperwork now because that is super normal.

We went on a long sweaty hike in the woods and then, as a consolation for not being allowed into the ocean, snuck him into a nearby resort that has a pool and let him swim there one afternoon. This was nice for all of us because it is beautiful and you can order a local craft beer and basket of fries while you watch your kid.

We did some tubing. 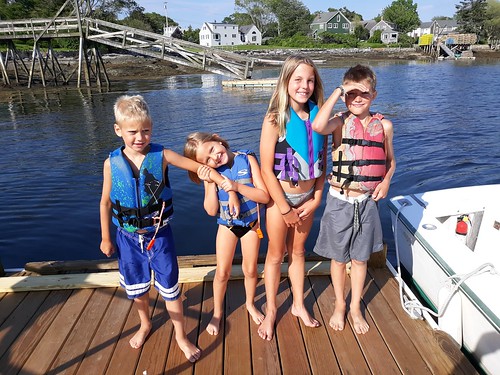 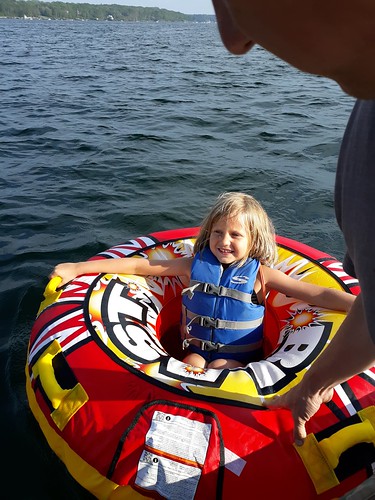 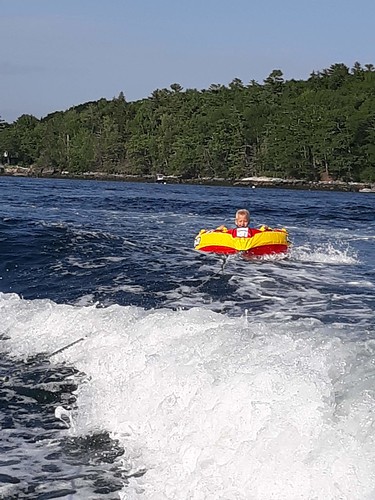 And ate some enormous cinnamon rolls to cheer ourselves up when Ryan went back to Texas. 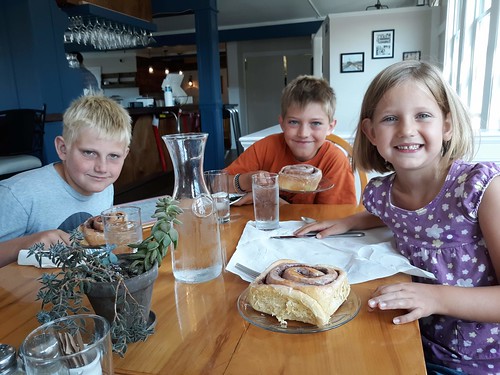 Spent some time exploring a century old schooner (The "Mary E"!) at the Maine Maritime Museum. 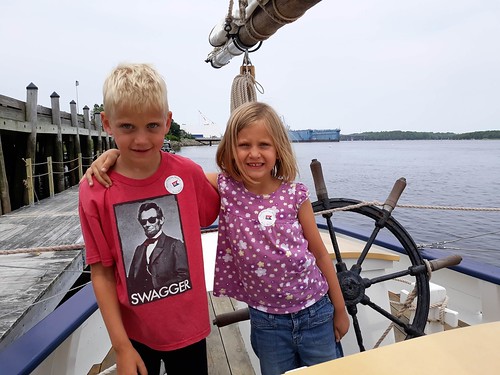 Made sand forts with Maine friends.  Not pictured: James used dead jellyfish as decoration for his moat.  My sister asked him later if the jellyfish who wrapped itself around his arm was mad because James "made a sand castle with its friends."  Shortly after this picture was taken lightning struck something very close by, so close that I barely had time to think "Hmm, that looked close" before the enormous BOOM shook everything around us.  I've never seen kids move so fast.  It was more like levitation than running. 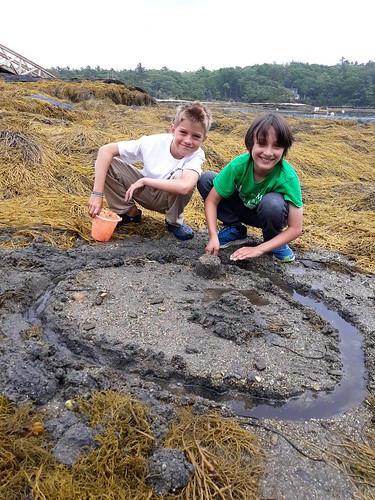 Ryan and James spent a bunch of time sailing.  The day Ryan left I found James crying in bed because he wanted to go sailing with Ryan.  James managed the boat all by himself, by the way.  Little awesome scrappy little kid. 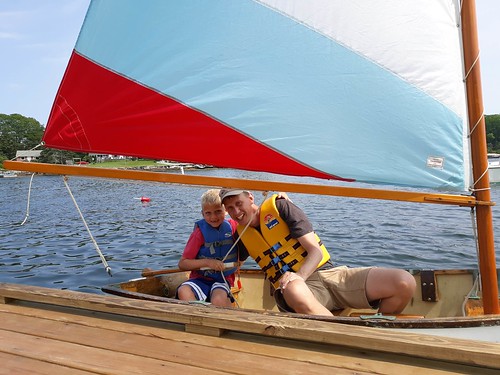 Wes made a model boat with my dad and then we all went to the dock to watch him christen and launch it. 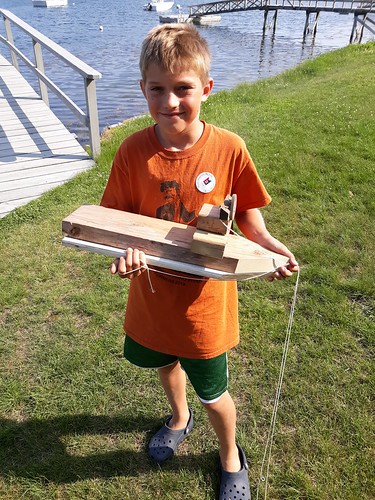 He literally christened it. 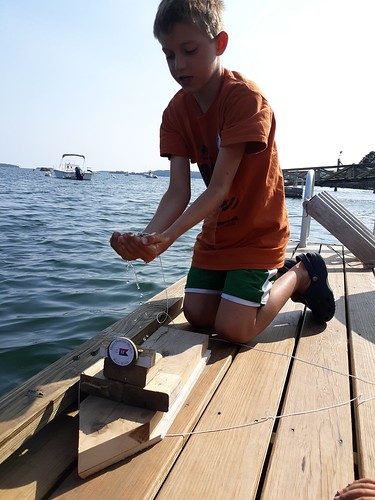 We were all delighted to discover that Mary is finally tall enough to go up in the Pemaquid Point lighthouse. 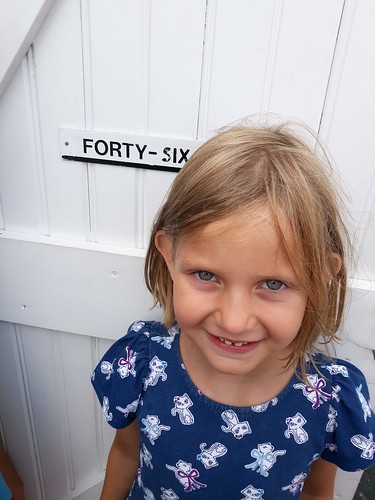 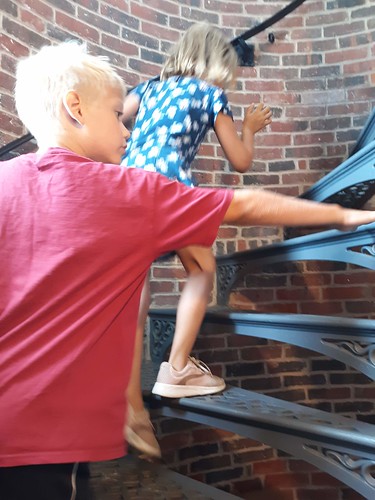 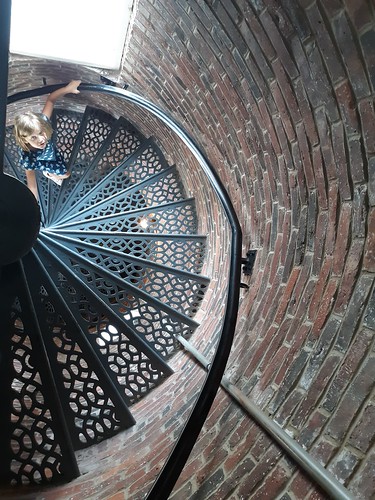 And spent a bunch of time exploring the rocks there. 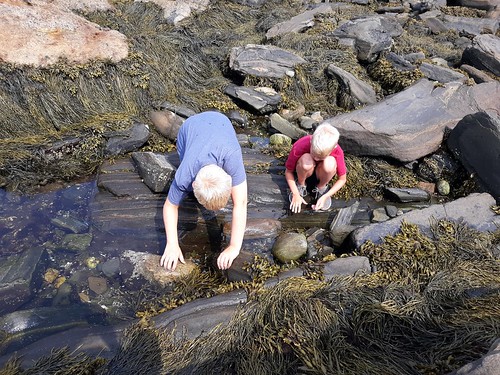 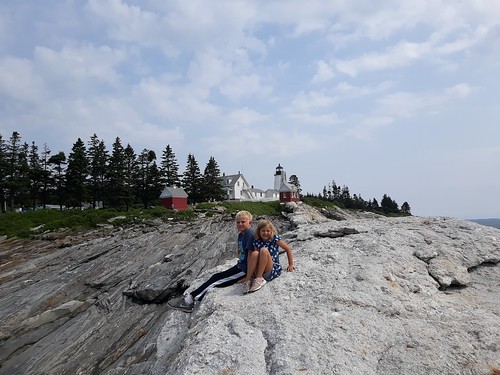 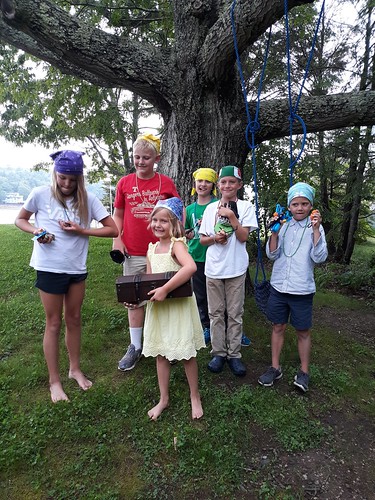 A storm came and blew all the jellyfish out to sea so James and Mary spent an afternoon back in the water. 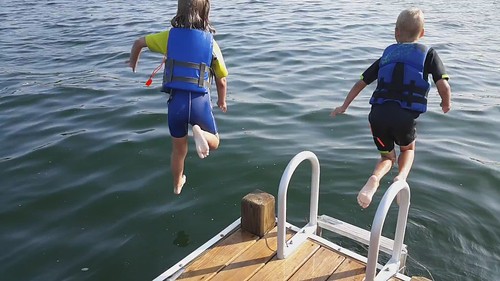 The kids explored this confusing device at the museum.  You could call a list of numbers and hear someone tell you about historic lighthouse keepers.  It was a great exhibit, but once they'd called all the numbers they started dialing 911 and cackling merrily when the operator came on and said "the number you have dialed has been disconnected."  If you let it sit long enough "Charlie from the Coast Guard" would call you and warn you about a big storm on the way.  It was the highlight of their lives. 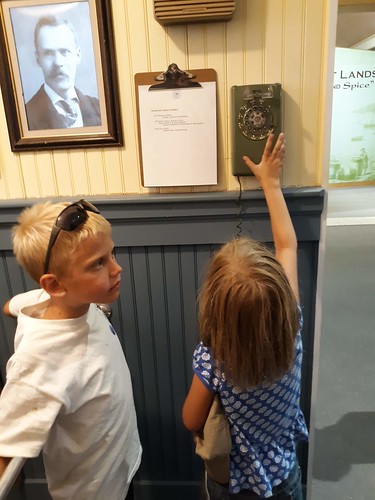 Mary and her schooner. 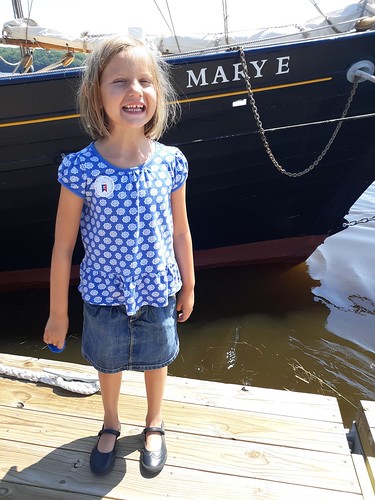 Ryan and I walked over to spy on the kids sailing and I guess we weren't so inconspicuous because Wes started waving when he saw us.  That's him with the tiller! 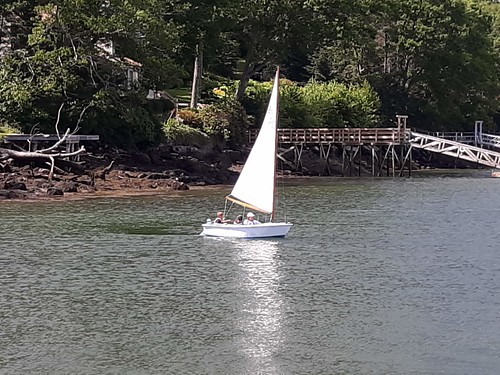 James read this entire Junie B Jones book in one sitting and was SO PROUD. 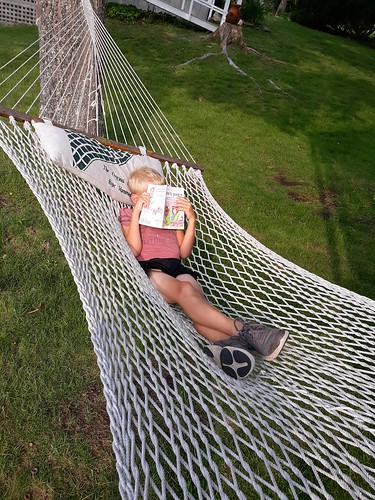 I just want to eat this one sometimes. 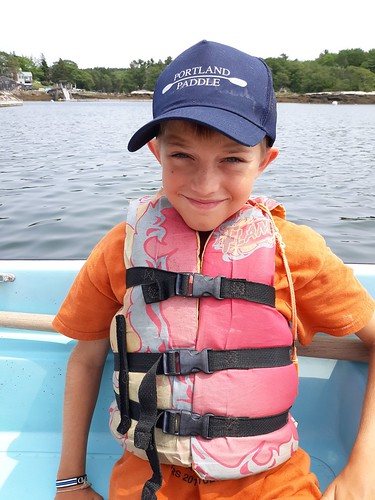 In the almost week we've been back we've already had music lessons, doctor's appointments, church meetings, pool days, and driveway parties.  Yesterday was RIDICULOUS hard and I finally texted a friend, picked up a fancy prosciutto and goat cheese pizza for the grown ups, ordered a few cheese pizzas for the kids, and hung out at the pool for a few hours.  We returned home to find our neighbors and Ryan all set up in the driveway with a pack of kids milling around on bikes.   Two weeks from today is our first of four back to school nights and school will start right after that.  I am NOT ready.