A few months ago I signed James and Wes both up for guitar camp that began this week.  Nearly every single day since that time Wes has asked me if he can somehow get out of it, send Mary instead, quit, move to Holland, enroll in summer school, or otherwise skip guitar camp.  Finally he told me that if I took him for ice cream on Sunday afternoon he would cheerfully get in the car on Monday morning.  We went for ice cream and still he couldn't get through dinner without so much complaining that I sent him off to bed. 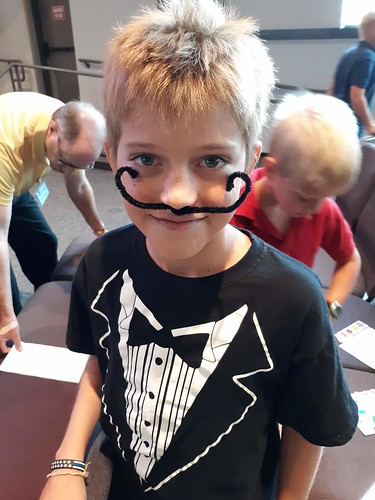 Yesterday at church in all his finery

I was dreading this morning, but Wes was chipper and agreeable when he got out of bed.  When I circled back around the parking lot after dropoff he had stopped sulking and was flipping through his music folder with interest.

Every afternoon a local musician comes to do a short concert and the families are invited to come so Charley and Mary and I went and sat in the back for the ACCORDION concert, which was really, really cool, and when it was over James literally leaped over a pew to tell me how much he loved camp. Wes walked up smiling and told me "It was actually really fun" then showed me his new guitar and then got it out in the car to practice on the way home. IT'S A SOLSTICE(ish) MIRACLE. 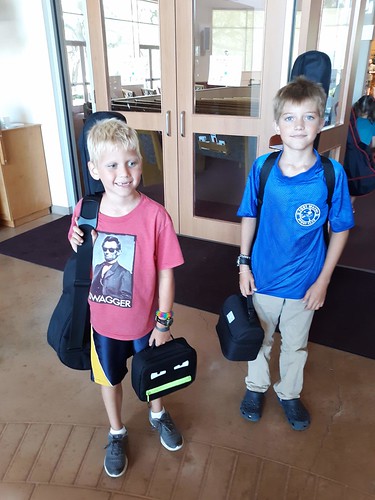 In other news, we continue to make our way towards the rapidly approaching start of school by swinging sinusoidally between wanting it to be here already (for several reasons, kids need something to DO and also I'd like to rip off the anticipatory anxiety 7th grade bandaid) and feeling like we could just keep on keeping on indefinitely. Today after camp (and the accordion concert)I took them to Sonic for a round of Happy Hour slushes and then to Target to buy alarm clocks and they were cute and hilarious the whole time. When we got home they all scurried upstairs because they COULD NOT WAIT to plug those puppies in and bask in the glory of playing their OWN MUSIC IN THEIR OWN ROOM. James started on NPR but switched to Tejano after I asked him to stop yelling random Tr*mp factoids down the stairs. Mary listened to a contemporary Christian station. Wes listened to classical music.

And then while I made dinner (this was DELICIOUS) they watched "James and the Giant Peach" and then we had a cozy dinner and bedtime and then guitar music streamed down the stairs and we wondered how many melatonins is safe to give a child.

Last week they made me so crazy one day that Ryan arrived at the pool for a magical happy pool pizza picnic to find the kids in the pool and me crying on a lawn chair.  He sent me straight to my sewing ladies where I passed a lovely evening crocheting, complaining, and drinking wine.  Since then the kids have been cracking me up a million different ways every day.  It's a nice end to the summer. 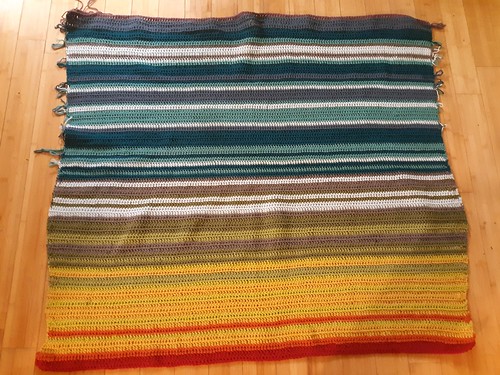 James joined year round swim with Charley and is SUPER DUPER EXCITED ABOUT IT. Tomorrow he is squeezing in thirty minutes of practice before camp. 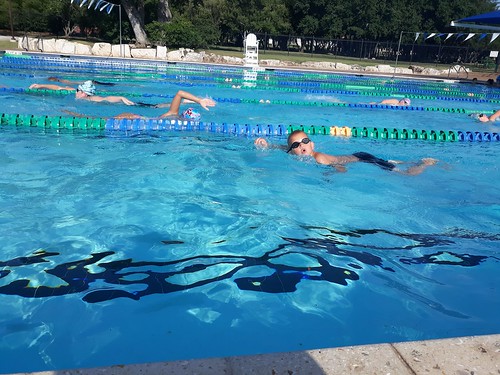 I've been enforcing literacy. A small sample of the books I rounded up from the living room one afternoon. 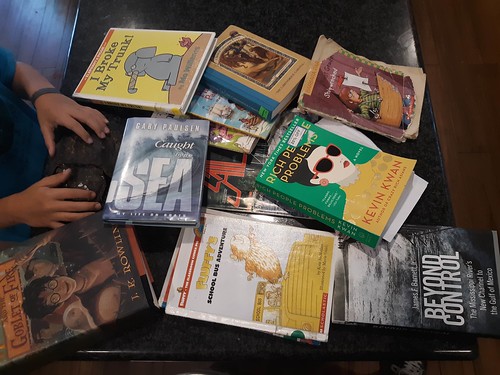 Charley and James went to a lecture on nutrition and fitness for swim and Charley came home talking about how he's going to start getting lots of sleep, drinking lots of water, and eating lots of "small, colorful meals." James reported that the guy who talked to them "looked like God and smelled nice." It's been a fun challenge to make lots of "small, colorful meals" but we have been eating much more healthy than we did in vacation mode. It also helps that we have hours every day to goof around making dinner. To wit: spring rolls! 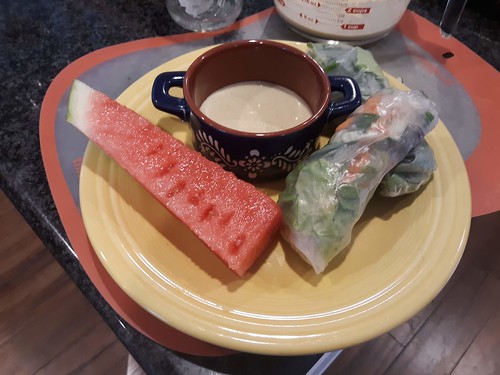 James wanted to know why we "put all the food in little bags?"

Some friends invited Mary and James and me to the summer musical in the park. It was beautiful chaos. 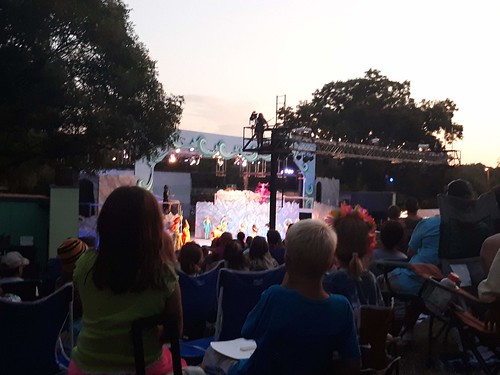 And I've been rowing like a crazy person (strong possibility this is the reason for the lack of narrative coherency present here, since I got up at 4:30, rowed for ninety minutes, and was then shot out of a cannon for camp dropoff and grocery shopping and all the things upon arriving home, thank goodness there was accordion music). 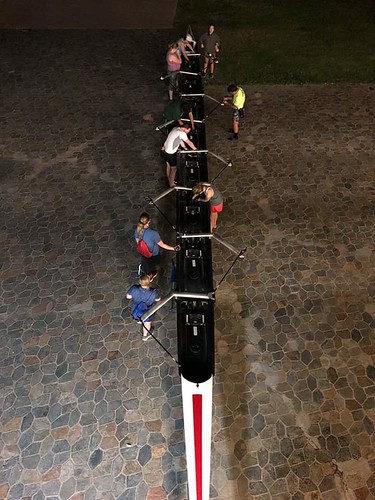 Attempting to keep one hand in my work email alongside all this magical family togetherness has been super exciting, as you can imagine, and I keep getting deadlines mixed up in my mind. For instance, do I need to buy a pinata by August 1 and submit two abstracts to the annual meeting by August 3? Or is it the other way around (it definitely is the other way around). One of them is written and one is drafted, so I need to just knock that out before I miss it. School starts on August 8 and then I will need to GET DOWN TO IT.
Posted by Becca at 7:19 PM