"We're never going to be one of those overscheduled families!"

I used to talk a lot of shit about other families whose weekends were completely taken over by kids' activities because I had lots of high and mighty ideas about how kids need free time and some moments of boredom so their brains can develop. Now every Thursday afternoon Ryan and I shout a "Saving Private Ryan"-like barrage of scheduling instructions at each other as we leave for work in the morning just so we can get everyone to all of their places with all the appropriate equipment/music/two dozen homemade cookies*)

*I feel like I had an important moment with the kids as we chose nice cookies from the grocery store bakery instead of buying chocolate chips to make cookies as planned, since they were all shivering in their wet swimsuits (and were barefoot in two cases) and I said "We are choosing nice cookies for the recital instead of making them at home because we do not have enough time to both make cookies and also get the rest we need to feel good this afternoon." We may be *overscheduled*, but we do not need to be *frantic*.

The extra fun thing about this weekend was that Ryan was out of town for another Scout campout, this one with Charley, which meant that I was completely on my own for the following activities: Swim practice Friday night, including pizza picnic funtime (protip: get yourself a swim friend who will wordlessly slide an ice cold Dox Equis in a discrete coozie into your hand when she arrives at swim practice because that was amazing and well-timed), swim meet Saturday morning (including being a tent mom and also it being Mary's first meet so she was NONE TOO PLEASED to go wait in her tent with the other girls and instead tried to surgically affix herself to my body for the first half hour), piano recital Saturday afternoon, concurrent birthday party for Mary's friend Saturday afternoon (which if it had been one of the boys I could have easily skipped but since it was the female one I've been hearing "Charlotte's birthday party is at the Y on Saturday, May 18" for the past three weeks, there would be no skipping).

Fortunately a complete stranger agreed to take Mary to the party with her daughter, a girl who Mary mentions at least a few times every afternoon, so before the recital I drove her over there, made brief eye contact with the mom, and hoped for the best. She turned out to be awesome and not a kidnapper, so even better.

Last week I helped lead a research workshop on launching ozonesondes. Have I ever told you I love a messy board almost as much as eating raw cookie dough in front of the TV? #favorite things 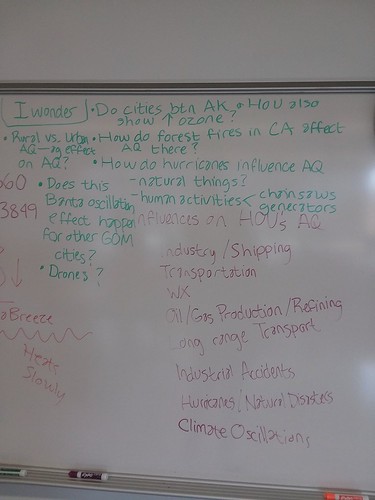 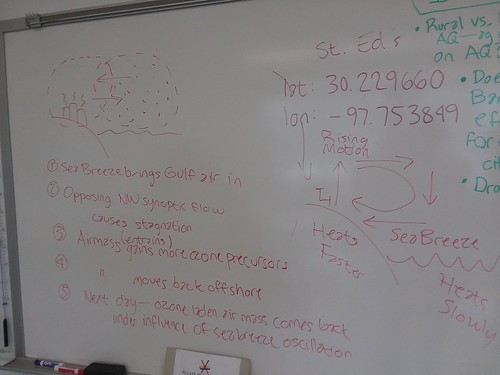 Teaching the workshop also meant I had to commute, which I don't normally do. Tuesday morning it took me nearly two hours to get there (would be 40 mins without traffic) and I thought I was going to cry. Fortunately for all of the other motorists, my family, and the workshop participants, I remembered to turn on my favorite angry girl music Spotify station and the rest of the days were much more relaxing (and the traffic was better too).

I've been going straight from work to school pickup to the pool and I'm going to have to remember to plan my outfits around this reality for the rest of this week so this doesn't happen again. 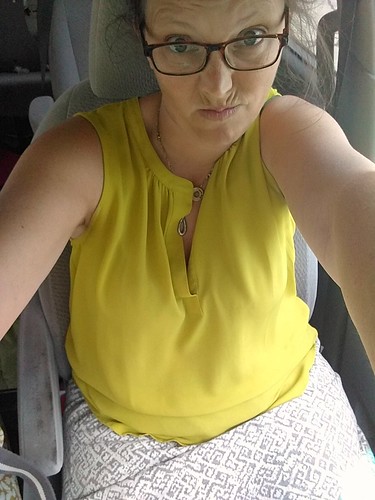 James and his best bud are in the same practice and the same tent this year. WATCH. OUT. At the meet they were in adjacent lanes for the twenty-five free and James kept popping his head up to see where C was. 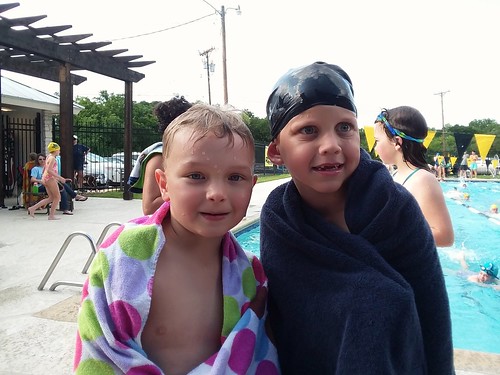 I've never watched the six and under events before and I'm here to tell you that I have been missing out because it is HILARIOUS and ADORABLE. They start sitting on the edge and when the starting beep goes off they all just turn around and look at their coaches for further direction. Then some of them get tired halfway through the race and turn around to swim back to the start. Mary apparently has a wicked inner competitive streak because after spending a week in a group I'm calling the "special friends" or "the freaker outers" because she was SO NERVOUS, popped right in and charged across the pool doing her crazy front breathing freestyle move. She even won her heat. It was the most amazing thing I've ever seen, probably because in my mind she is still an infant, despite the evidence to suggest she is actually a big girl. 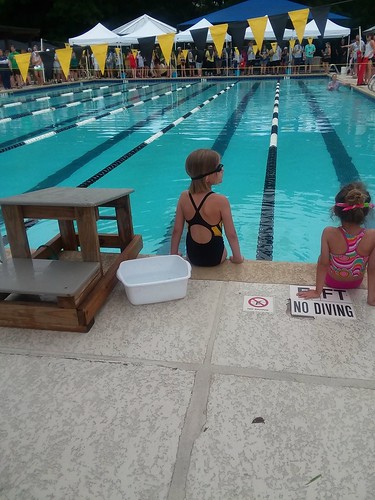 (It occurs to me that our family viewing of "Miracle" last week was a good choice. AGAIN!)

I ran to the store for dinner stuff this afternoon and realized at the checkout that it had been a while since I'd eaten any produce and apparently my subconscious took the wheel. 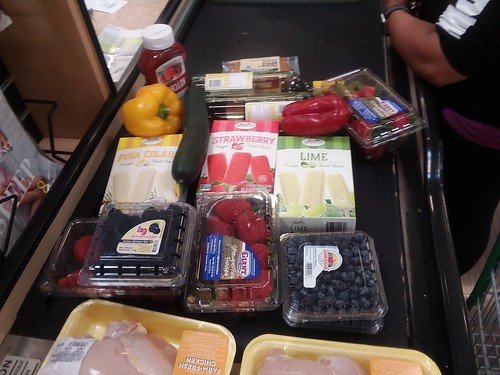 And this afternoon we had piano recital number two. Charley looks out of it because I had just awakened him from his post-campout coma to say "GET DRESSED, YOU HAVE A RECITAL IN THIRTY MINUTES!) All the kids did a great job. I'm always amazed to hear the results of their hard work. 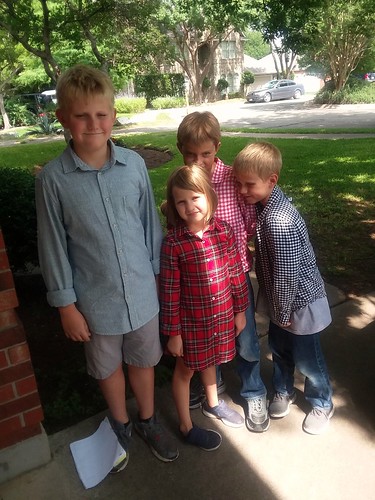 And finally, a story I'm sure I once would have woven into a thousand hilarious words. The other day I was making my favorite sheetpan meatball recipe when I sliced open the tip of my thumb chopping broccoli. I couldn't tell whether it made stitches, so I washed it out carefully, wrapped it tightly in a clean dishtowel, and held my hand over my heart while I continued to make two pounds worth of meatballs. I kept it tightly taped up for the rest of the week and happy news! I did not develop MRSA or bleed out AND I managed to avoid a $500 copay and also I might have a permanent notch taken out of my left thumb.
Posted by Becca at 7:34 PM