My birthday is on Saturday and what I wanted to do more than anything was to have a girls' night at Beer and Hymns. Fortunately there was a Beer and Hymns scheduled for Tuesday night, so we got all dressed up and headed to the *entertainment* district downtown to drink some beer and sing some classic Charles Wesley karaoke while curious tourists peered through the open windows and occasionally took pictures. One guy walked in, looked around curiously, said "Naw, I've already got Jesus!" and left. Most of the friends I invited are regular Beer and Hymn attendees like me, so this wasn't too strange of a request for most of them. A honky tonk band played through a couple centuries of hymnody while we sipped IPAs and sang and occasionally alienated people by insisting on doing the motions to things like "Leaning on the Everlasting Arms." I wish everything could be as simple and joyful as Beer and Hymns. It is my absolute favorite. 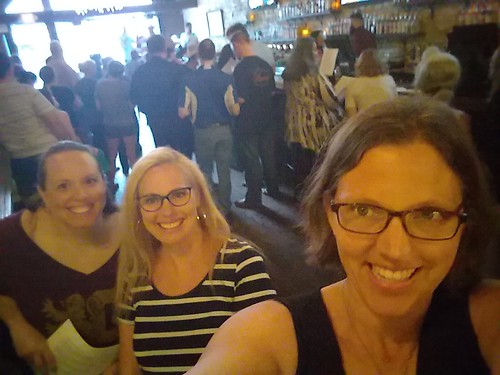 A couple of friends and me, who got there early despite my exquisitely terrible directions and a mishap related to the parking garage that resulted in us walking the entire circumference of a city block. After this pic I put my phone away so that I could be present. I always regret not taking more pictures. I will have to find a solution. Real camera maybe?

We met up with a couple of other friends for dinner afterward and my friend E suggested we go around the table and each say things they like about me, since we were celebrating my birthday. And you GUYS. Ten years ago this would have felt awkward and silly, but now, after this period when all of us have been beat up by kid stuff, diagnoses, school drama, church drama, cross country moves, job stress, relationship changes, and the general stressful business of raising a family in midlife, a period when I regularly and without awkwardness, tell my friends I love them, and they do the same, I was SO THRILLED.

It was my absolute favorite part of the night and I'm so grateful to have these women (and a few others who couldn't be there) to share my life with.

(The rest of the conversation was about books we love, authors we admire, annoying church policies, moments of brilliance. I love these incredible, smart, gorgeous friends. It was the BEST.) 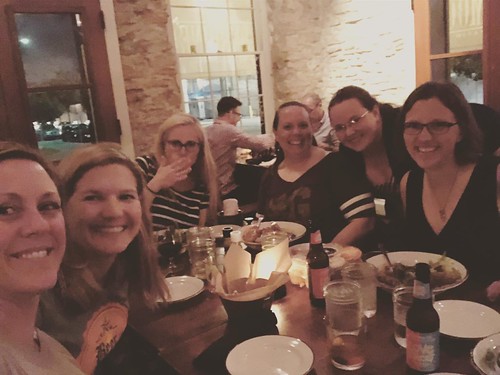 At dinner I realized that I'd left a card one of the friends had given me at the bar in a moment of chaos when we were leaving. I was so bummed and apologized profusely BUT we stopped at the bar after dinner to see if anyone had turned it in and the bartender got out a flashlight and checked IN A TRASHCAN, where it was thankfully sitting right on top. Hurray! 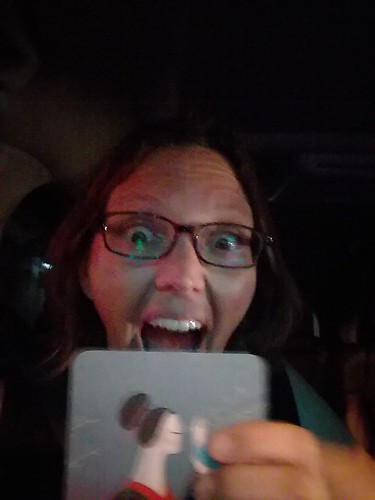 When I'm not living in the gauzy, happy, emotional climax of a women's novel, we divide our time between swim team practice, summer adventures with Miss Rachel, our amazing summer nanny, working, and eating popsicles. 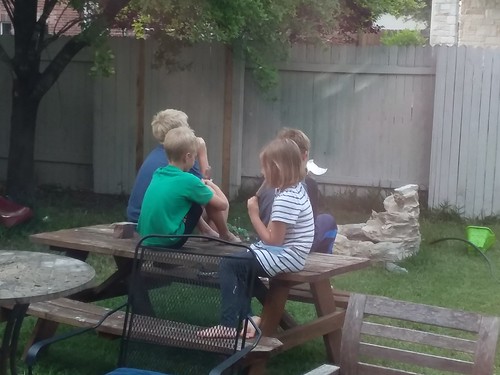 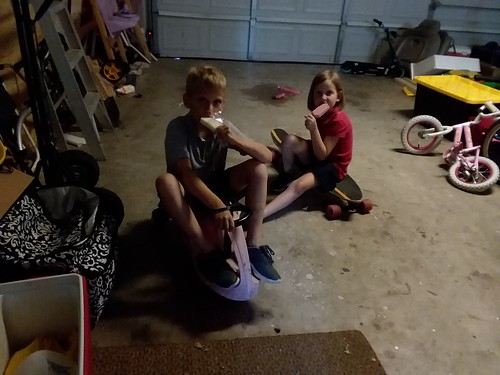 Taking advantage of a day with childcare and no work to spend some time together (Charley walked outside, saw Ryan loading bikes into the car, and said to me "Mom. I know you and Papa aren't going to work." Then turned on a heel and walked back inside.). 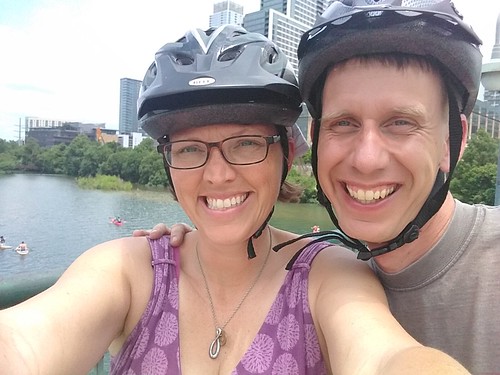 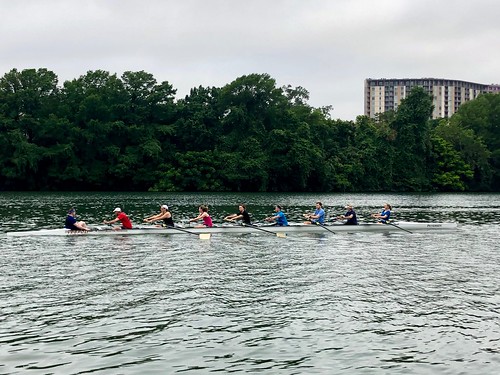 Math has been--a struggle--shall we say, for the 6th grader this year. He understands the concepts and when we can get him to drop into the zone he can knock out problem after problem with accuracy. But at school his anxiety takes over and he makes tons of mistakes or just flat out refuses to participate. Finding the right carrot to drive him along has been a huge challenge this year and Ryan finally got him to raise his grade to passing by threatening to take away a scout campout. Fast forward to the end of the year when he gets into the car at pickup and calmly tells me that he scored A NINETY SIX on the last summative (like a unit test) of the year. I startled everyone in the car with my abrupt and happy screaming and the next day I produced this cake when we got out of the car for swimming. 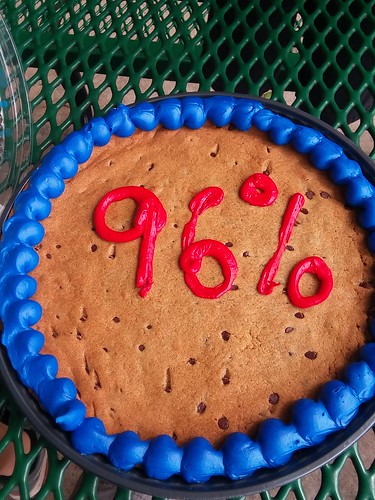 The difference? He signed up for the middle school swim team next year and they told all the kids that to be eligible your grades all have to be passing. As Charley said "Mom, if I fail a class I can't be on the swim team. My grades *actually affect my future now!*" [emphasis mine]. God bless.

Someone's handwriting and spelling have really come along this year. 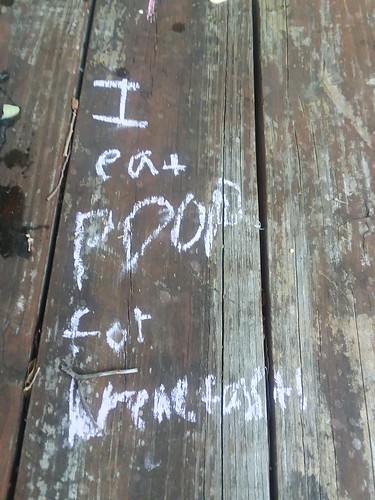 Bought myself a little end of the semester present. I have it on right now at work actually. 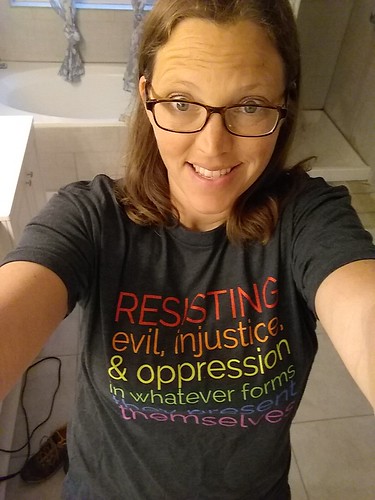 And last night the four of them played together happily in the pool for more than ninety minutes which was a small miracle.* (That man adjusting his goggles on the left, IS MY KID) 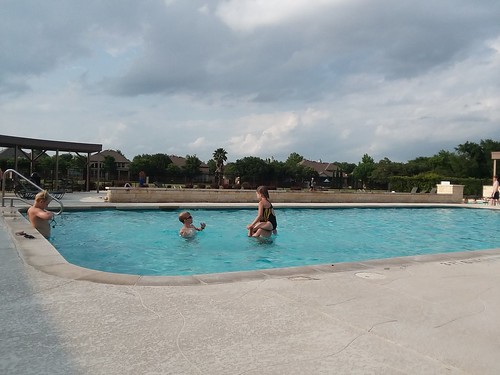 *There was a massive blowup on the way home. Only one kid was involved, but it was a doozy and he did not stop flipping the flip out until I gave him a melatonin and coaxed him through some mindful breathing while singing "All shall be well" on repeat like a mesmerizing dirge. He woke up this morning like nothing had happened.
Posted by Becca at 9:48 AM

I bought the same shirt!!!

OH MY GOSH YOUR LAST PARAGRAPH I think we have the same kid. Happy birthday-- it sounds delightful.