A tour of photos from my phone

WOW, so.  What's happening, friends?  I have thirty minutes before I have to leave and go to a string of student-parent-teacher conferences so I thought I'd dust off this old space and assure you that I have not been blown away by the Wizard of Oz-like weather we had last week.

(But only just, because I spent several hours sitting outside at Charley's swim meet in all that wind and my crochet project is never going to be the same.)

In old lady news, I've done something to my hand to where I cannot hold a coffee mug or open a jar of peanut butter or a door without wincing in pain.  I dealt with it for a week, hoping that applying liberal amounts of advil, wine, and icing with an old bag of frozen broccoli that it would magically get better on its own.  This did not help of course so I found myself going to the doctor (mostly because I also had to take James to the doctor because he had a very swollen thumb that he got caught in a folding Little Tykes slide.  He is OK) who recommended I continue the broccoli icing but switch to some veterinary-sized Advil three times a day in addition to taping my pinky finger to my ring finger and not using my right hand at all.  I am here to tell you that I can now open doors again.  Praise be!

I hung out with Charley all last weekend because the rest of the family had a Scout campout.  Charley had his swim meet and I had a choir concert so we had to stay behind.  Normally I would have loved to go on a campout with the family and I hope this isn't a disloyal thing to say but in the span of their forty-eight hours in the woods they experienced: a) torrential rain, b) lightning, c) thirty mile per hour winds with higher gusts, and d) overnight lows in the low forties.  It was a good campout to miss.

Here is my Crochet project. It's a heat map of the global temperature anomaly over the last one-hundred years and I am in love with it. Also, crochet is the opioid of the fibercraft world--I am completely preoccupied with this project and have fallen asleep mid-stitch multiple times in the last few weeks, completely shirking household responsibilities and sensible bedtimes in the name of just ONE MORE ROW.  This is an old picture because I am now twenty years in. 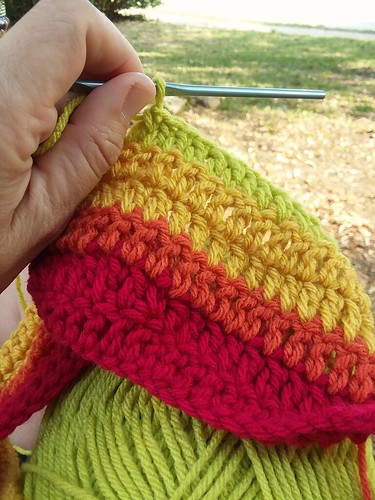 Saturday night I sang with my choir (the student choir they let faculty join) in the chapel.  We sang a collection of masses from around the world, which absolutely delighted my geeky little heart.  Charley tagged along to the dress rehearsal on Friday and was so moved as the orchestra and organ wound down the last notes of the Faure that he leapt out of his seat.  The concert on Saturday night was the highlight of the entire academic year (Even if I was suffering from the zombie upper-respiratory crud of 2019 and even though for the Faure I was seated between two amazing singers from the chorale choir and was way, WAY out of my element). 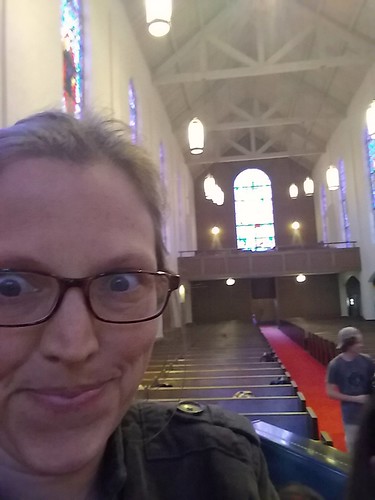 Just before a rehearsal in the chapel.  Am silently squeeing.

On the opposite side of the fun-coin, teaching dynamics this semester has led to all kinds of new self-knowledge regarding the deep unresolved loathing I felt for this material two decades ago when I earned a B in it by the SKIN of my TEETH.  All of that peppy can-do attitude I model for the students in class now?  IS A LIE.  For some reason, I thrived in my other classes, grad classes with mathematical symbols I'd never even seen before, teaching geology having NEVER TAKEN IT.  All fine.  This is triggering a bizarrely vivid kind of PTSD.  It's like PTSD and Imposter Syndrome had a baby and then sent it to summer camp at Mount Dreadmore.  But still, I'm hanging in there. 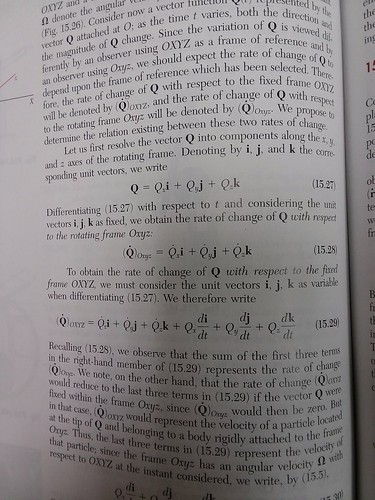 We had friends over for dinner and the Final Four the other night and apparently I was so moved by the majesty of my veggie tray that I took a picture of it.  The details are hazy because 99% of that party was screaming at the TV in disbelief. 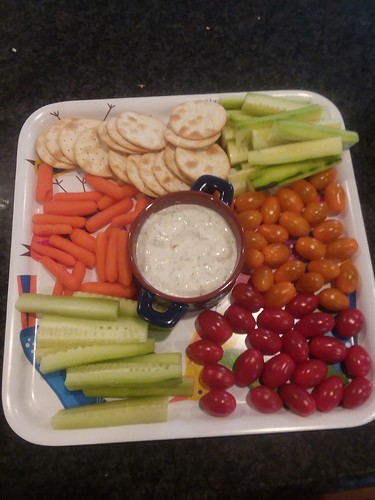 In professional news I submitted a paper to a journal last week.  I am incredibly proud of this work and taking this leap made me equal parts thrilled and nauseous.  After I celebrated the moment on Twitter and via emails to colleagues the editor immediately responded that I would need to fix all of my special characters and resubmit the manuscript.  After two tries I finally figured that out and got it resubmitted and THEN I could celebrate (by driving a kid to swim lessons and then going home to cook baked potatoes).  In fact I still haven't had a proper celebration and there is a nice-ish bottle of red wine I should probably open when I get home to go with my crocheting and TV watching tonight.
Posted by Becca at 12:57 PM