The going has gotten tough. The tough spread mulch.

This semester is a total cluster**** is the answer to the question of where the hayhay have I been for the last eighteen days. Three classes, one of them is new, one of them is project based WITH A LAB, James and Charley have each had a turn with the flu and I'm pretty sure that's why Wes has a giant fever right now. Add in head lice, pink eye, and the global meltdown of our denomination in the past two weeks and BOY HOWDY.

At least there is a five foot tall water heater sitting in the middle of my bedroom floor right now.

Most recent things first, you may have heard about the United Methodist Church's recent vote to exclude LGBTQ people from the clergy and to not officiate same-sex weddings. I've known the vote was coming for some time and as I did before the 2016 election naively believed that cooler heads would prevail and things would work out. As it turns out I was not correct in that assumption in either case. In order to preserve my sanity and conscience, I have been engaged in a little community organizing around this issue, sewing protest stoles, making ribbons, and leading brief services of solidarity in the courtyard of my church between services. To say it's outside my comfort zone would be an understatement (especially the part where I led eighty people in the singing of "It is Well With My Soul", which was just like Beer and Hymns but without the beer), but it at least seems to be a healthy conduit for the fury I am feeling about the whole thing. 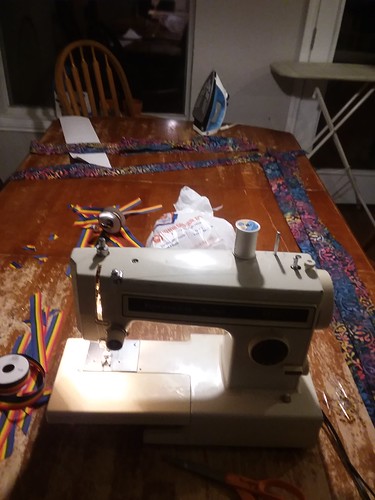 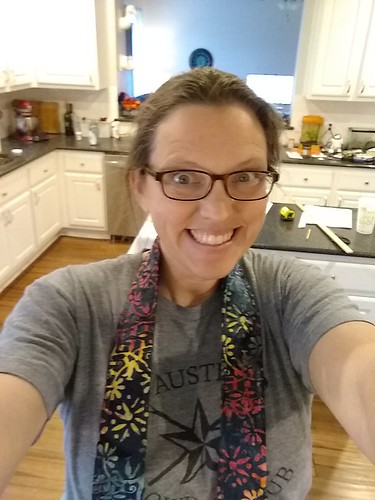 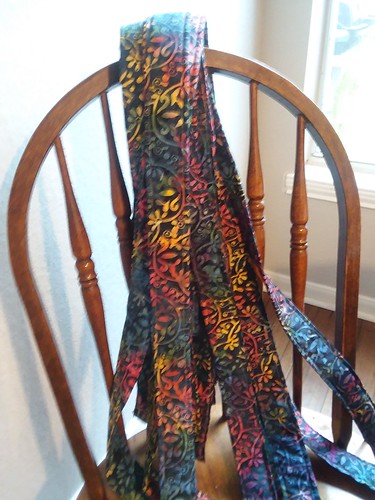 I've even been wearing mine at work. 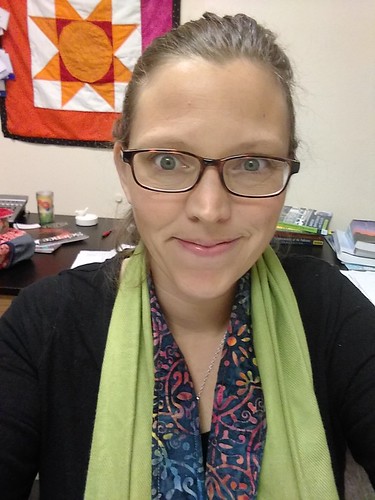 I have been meeting tons of people and learning so much about how the church works. It is fascinating, rewarding work, but also EXTREMELY TERRIFYING.

It was in a slight sort of stupor, just after the vote but before our first gathering, that I decided to take the kids and go to the church workday. Wes dove right into mulch duty and personally hauled and dumped like at least fifteen bags of mulch. It was incredibly satisfying to bag leaves and spread mulch. For once I knew almost no one there. There were tacos and cookies and great music and all I had to do was put a bunch of leaves in a garbage bag. It was after this workday that I walked into the fellowship hall to warm up (because it was forty degrees outside and this is Texas) and was suddenly awash in a sense of home. I have chased chubby crawling babies all over that fellowship hall, watched crazy-eyed preschoolers race big wheels up and down the linoleum, taken family pictures wearing ridiculous Nativity play costumes, reminded kids ad nauseum to hold doors for people and to use their inside voices and to keep their pants on, and experienced lifetimes worth of joy, frustration, and pancake suppers in there. We could leave, and go to another denomination, of course, at least physically, but just like you can never truly leave your family behind, leaving this place behind would be excruciating, dysfunction and all. So we stay and attempt to make our way, somehow. 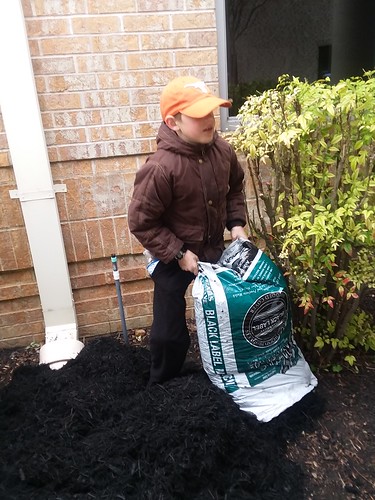 Hands and feet of Christ, covered in mulch. 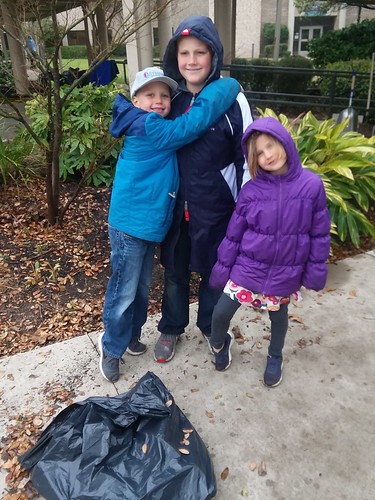 This weekend was delightly free from plans, so Ryan and I embarked on a series of ambitious projects. I had two friends over Friday night for stole-making (we made twenty four stoles in addition to the sixteen I made last weekend) and on Saturday Ryan began replacing the water heater and I built this bookcase. Once it was finished I sent this picture to everyone with the hashtag #stresscarpentry 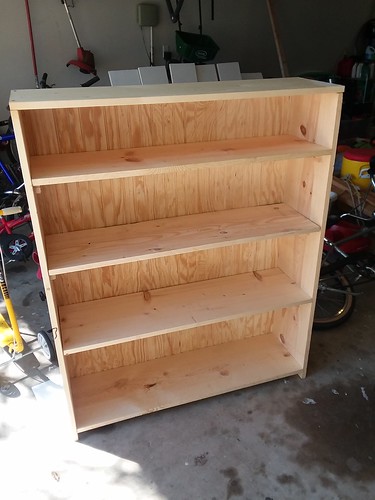 (The white things you see sticking up behind this bookcase are the shelves for the other two bookcases I built this fall. All three will be going along a wall in our family room to hold all of our engineering, YA fantasy-adventure, climate science, classic children's literature, and provocative Christian-spirituality and theology reading, which is basically the full realization of what happens when two PhDs reproduce.)

And on that note, I need to go re-up someone's flu meds, brush my teeth, and collapse. Tomorrow is another day (of frantically trying to trade off a sick kid so we can all make it to all necessary classes and meeting times). Here is a picture of Mary making mac and cheese. 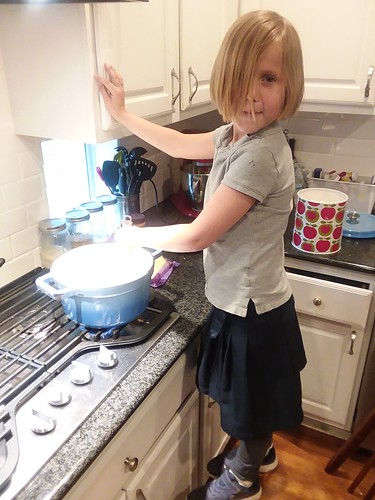 I was just thinking this week that I wished we were neighbors so we could be friends IRL (in an endearing way, not a stalker way.) I would totally sew protest stoles with you, and could probably use a little stress carpentry myself. Keep on keeping on. You’re making the world a better place <3

Thank you for writing this. It is so hard to keep going sometimes but your words and actions are an encouragement.