I think the sequence of the time change, followed by a week of chaos at school, followed by the complete and total upheaval of our schedule during Spring Break is more than my increasingly half-functioning brain can handle because this morning I forgot the following items in my gym bag: 1) A TOWEL, 2) shampoo, 3) soap 4) important foundation garment, the one not intended for working out in.

Normally in this situation I would just go home to get ready but this time I couldn't do that because after a week off I really needed the extra time in my office before class to get my ducks in a row slash remember the name of the class I am teaching and where I left off in the material thirty-seven years ago when we last had class.

Fortunately I found a brand new bar of soap in the lost and found and had remembered to bring a hair tie.

The first two days of the break were action packed and involved a street picnic, a rollerblading accident with broken bones (a friend's, but still awful), an unexpected sleepover, lunch for ten kids, a rowdy trip to Sonic for ice cream cones (also for ten kids), playgrounding, and a BUNCH of screen time. Since we were all so rested, we thought it would be fun to take the kids on a short backpacking trip. 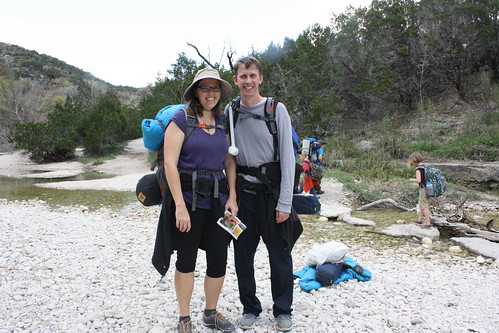 Hey, you know what would be fun? Taking four kids on a backpacking trip! Kids love walking and carrying heavy things! It will be amazing! 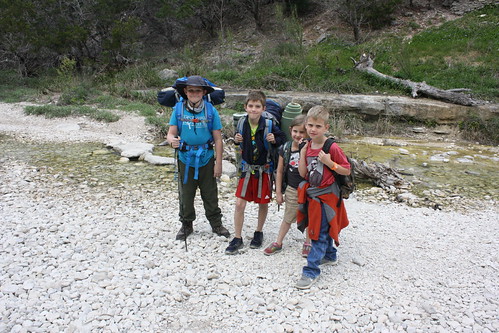 Thee were many, many stream crossings. 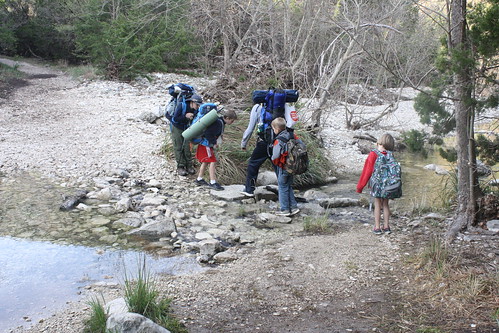 And a brief, violent thunderstorm that blew up just after we got our tents set up and right before we started cooking our dinner. We huddled inside our respective tents (James and Ryan were tentmates, I was with Mary, and the big boys were together) until it was over and then popped out to make Naan pizza around what I think was probably about nine PM. It was glorious.

The next day we left our campsite set up and did a not-so-quick five miles in a big loop that also included a GINORMOUS hill. Fortunately we did the hill after lunch when everyone was feeling rested and adventurous instead of whiny and miserable. 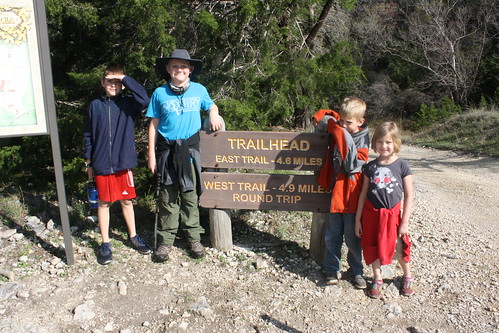 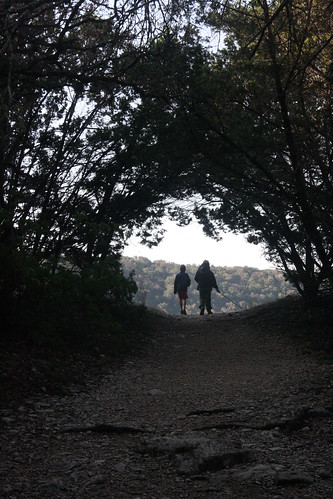 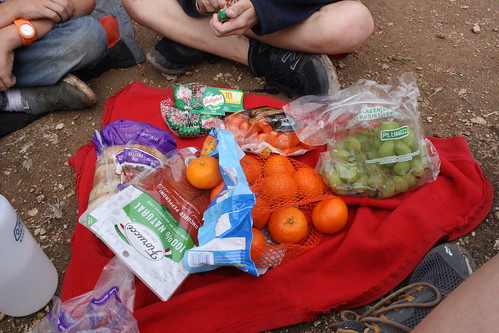 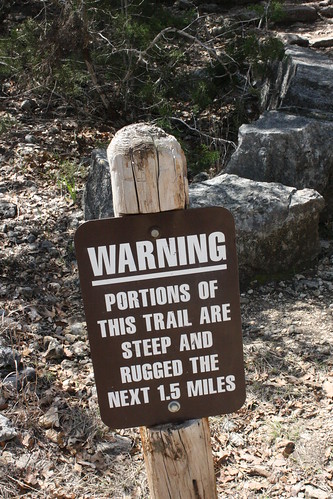 They are not wrong. 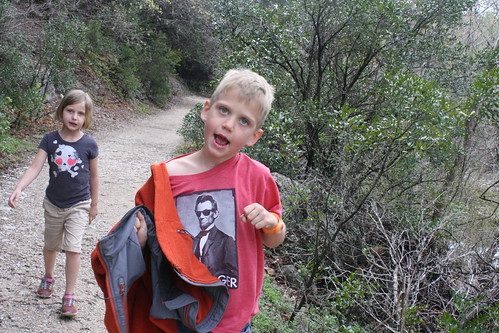 We are highly serious outdoorspeople. 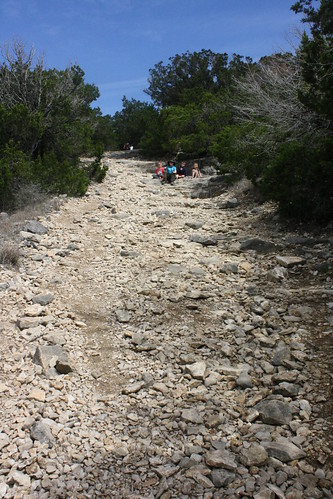 Kids shown for scale. This is one of four switchbacks. 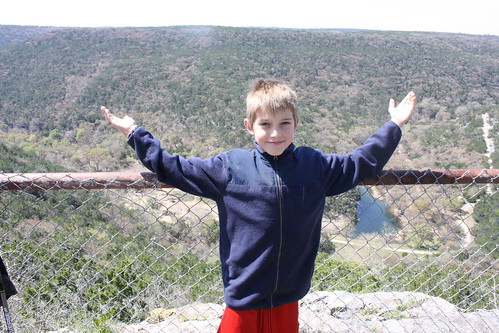 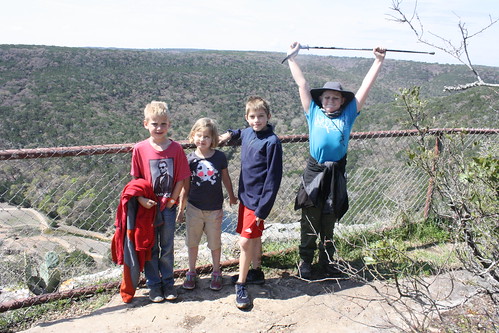 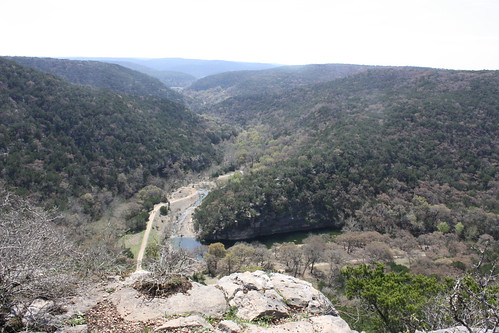 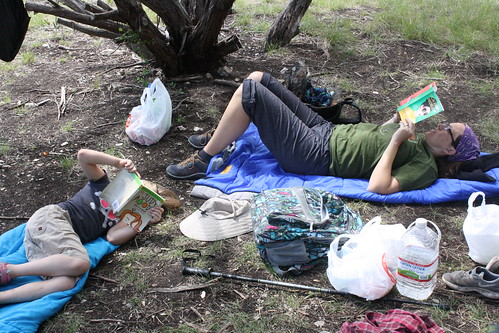 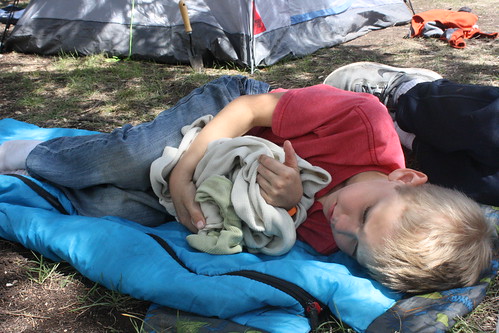 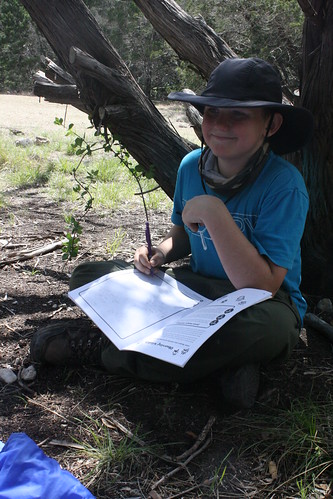 The next day we got up and "broke camp" (still feeling ridiculous using all "the lingo") after we made coffee and oatmeal on the tiny stove. 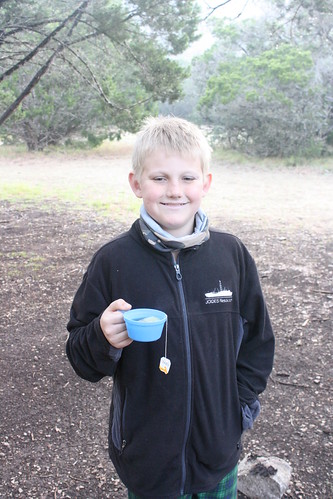 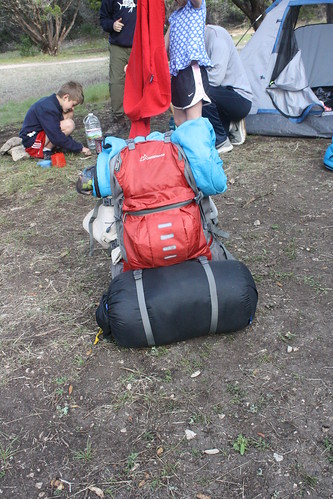 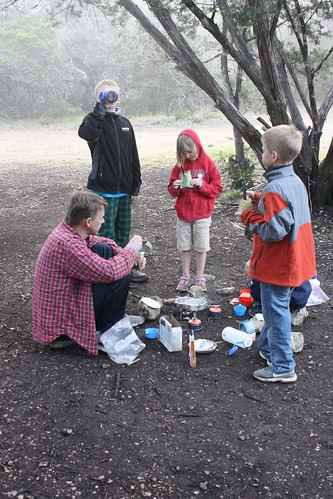 We still had to walk another 1.2 miles back to the car, which was apparently QUITE the big ask for the kids, even though once we got rolling I started having a blast. It was such a pretty trail and the kids ran so far ahead that I actually got to have a conversation with Ryan for the first time in approximately four months. 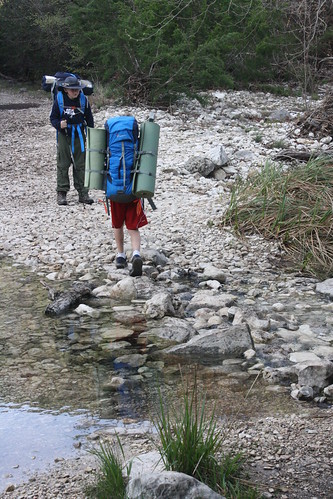 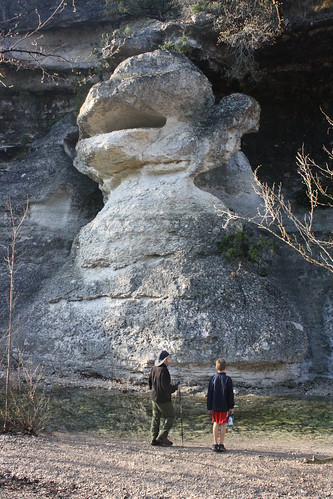 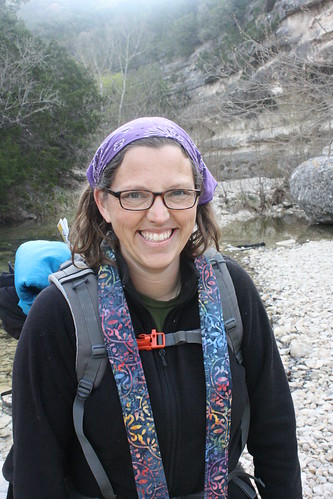 We discussed doing the other long trail, or at least part of it, since we had a bunch of time to kill before our next stop, but decided against it after we spent the last quarter mile bickering with the kids. It was a relief to get in the car, spend a few minutes cozying up with the wifi at the ranger station, and then heading out in search of a hamburger and a deck of cards, which we found at an adorable restaurant called "The Apple Store" about thirty minutes away. From there it was only a quick hour's drive to our next stop, the All Church Retreat or Family Camp as we usually call it. Our yearly trip to summer camp in the Hill Country. We were practically giddy when we pulled into the camp and it was everything we hoped it would be and more. Lots more pictures in the next installment, because as it turns out it's Monday and it's not spring break anymore and for me that meant rowing in the dark and teaching and prepping and grading exams and more teaching and probably the grocery store at some point and then this evening I have a meeting. ONWARD.
Posted by Becca at 10:12 AM

"Because kids love walking and carrying heavy things!" I can't believe you did a backpacking trip right into Family Camp! You are basically a superhero. The pics of the kids are awesome and proof that you're doing it right :)

This comment goes back to several posts earlier. Do you know about Reconciling churches and Reconciling Methodist? There is a process for United Methodist congregations to dissent from the General Conference proceedings, or an individual can also dissent. Bishop Carcaño of the Western conference has also issued statements of dissent. All is not lost, keep the faith. Do you understand that the vote was lin some measure driven by delegates from countries where homosexuality is a capital offense? See rmnetwork.org