Today started weird because I got up at 4:40 to make it to a 5:30 hands-on rowing time only to learn at a gas station a mile from my house that the row was canceled due to cold weather. I went back home and got in bed, since I didn't have to actually get up until six, but I couldn't go back to sleep because I'd already slammed a cup of coffee anticipating a twenty mile drive and an hour-long workout. You win some, you lose some.

Also I was up until nearly eleven getting ready for class because I am teaching for the first time a subject I haven't taken myself in almost twenty years. 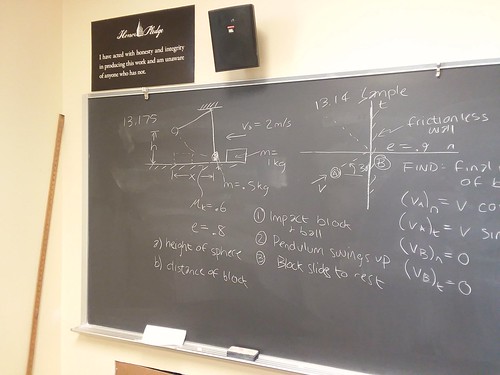 In other happenings, Blue and Gold was this weekend and now Wes is somehow starting his LAST YEAR as a Cub Scout. This seems improbable, but Ryan assures me he is nearly in fifth grade. Why must math be so cruel? 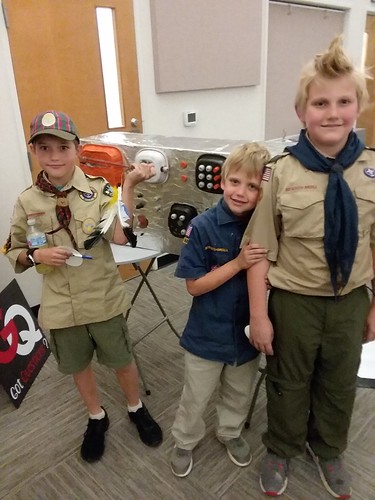 The kids had Monday off, so Ryan kept the kids home during my first class and delivered them to me after it was over. I planned to cancel my afternoon class and just take everyone home because the last time we went to my school together was an unmitigated disaster. But after we went for a brief walk to return some library books, the kids spent more than an hour bouncing tennis balls down the steps and then further amused themselves by climbing around in the bushes occasionally exclaiming things about "SECRET BASE!" AND "I'LL MAKE YOU A SWORD TOO!" It was so adorable and calm that I managed to prep an entire class straight from the textbook without even having my computer. 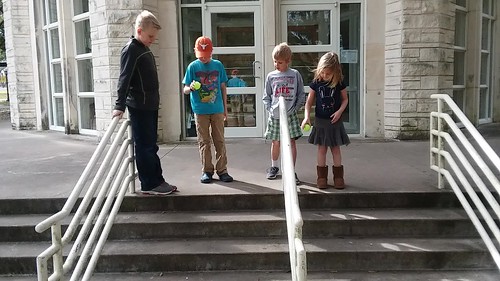 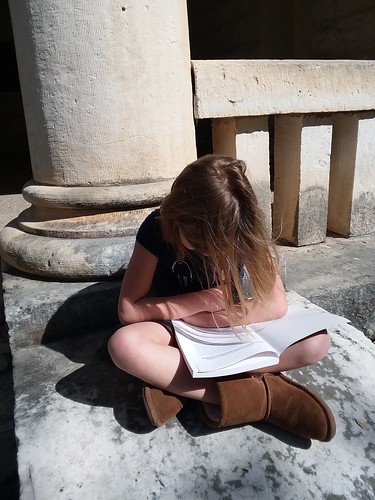 I was so thrilled I took them to lunch in the dining hall, their favorite place on campus, where they ate mostly pizza and cocoa puffs (Charley selected some kind of Indian tofu dish that was so spicy he had to alternate bites of that with bites of peaches in heavy syrup) and then James made a milkshake at the table and poured it INTO his cocoa puffs #livinghisbestlife

And then they came to my Climate Science class where they sat in the back and occasionally answered questions correctly (it seems they always come to my class when I'm talking about the global circulation, because they're getting quite conversant in the Coriolis Effect). After class, which went quite well aside from some brief shenanigans where Wes and James switched seats by army crawling across the back of the room, James told me "Mom. One of the students was shopping for pants on her computer the whole time!" and then Charley piped up "And someone else was playing a GAME!!'

At the risk of tempting fate, I will say that we have been having FUN together. Last night and this morning I found myself belly laughing with the kids, who somehow managed to hit that sweet spot where they are hilarious but not out of control. Like full on cracking up. Charley is like your favorite sarcastic friend. Wes is clever and funny. James is having some trouble with a kid at school but the way he describes it is SO OVER THE TOP and then the brothers weigh in to offer their advice and YOU GUYS it is absolutely enough to make me just shake my head when they all run out the door without their backpacks/make the whole family late because they have to empty the recycle bin RIGHT NOW/lose their everloving shoes.

(I also cry-laughed tonight while Charley told me how he and his neighbor buddy discussed skinning this road-killed coyote they saw on the main road to our neighborhood so they could make a jacket out of it. "We could make the head into a hood!" I suggested they form a secret society called the Order of the Coyote.)

Also also, we were on the way home from the second hour-plus swim practice he'd gone to in two days. I didn't know what time to pick him up so I went to watch the second part of practice and I'm so glad I did. 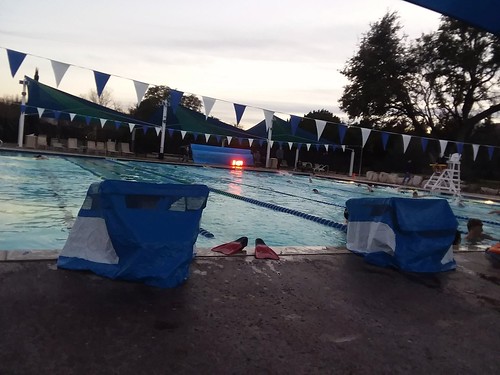 I'm reading _Shameless_ by Nadia Bolz-Weber, which is about a sexual reformation, but in the first chapter she talks about moments of holiness as these moments of connection with each other and how much we humans need that connection. I've thought of that multiple times over the last few days when we are all cracking up together, when I'm watching Charley do something he loves, listening to James practice his guitar (more and more he insists on playing my guitar, which is actually my dad's guitar from college, which makes it even more special), eating dinner with my parents, cracking up about coyote jackets, and watching the big boys coach James through a friend situation. We are so lucky.

We can't end on THAT sappy note, so here is a picture of spinach in my Dutch oven. 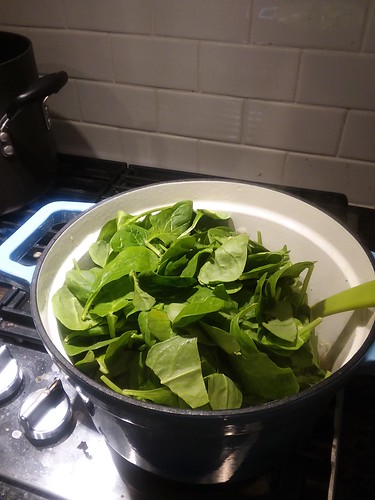 I love all of this. Even the spinach <3

Haha, that spinach looks SO unappetizing to me! Don't know how you got your kids to eat it (though maybe you didn't!).