One exciting thing about Fall Break is that the kids' Fall Break lasts an entire week while mine lasts only two days. Fortunately I don't have class on Wednesdays, so that only left Thursday and Friday as the weird days. Of course, yesterday was pretty weird too with PT for me, dentist for Charley, and then simultaneous therapy for Charley and tutoring for James. I also had a choir rehearsal, but something had to go and that was it. My parents came over so James could meet with his tutor and everything worked out in a slightly crazed, but doable pace.

Today we were all up bright and early for my statics class, which meets at 8:30. I can't tell you how relaxing it was for me to introduce first moments, cold, first thing in the morning, after not seeing the material for over a year, with four children staring at me from the back row. So relaxing.

On the way into the building I took this hopeful photo of them all looking extra loveable in their backpacks. They were super excited because to them college is a neverending funtown with unlimited pudding and macaroni and cheese, hammocks, bikes, pianos around every corner, and dozens of young women who think they are adorable. 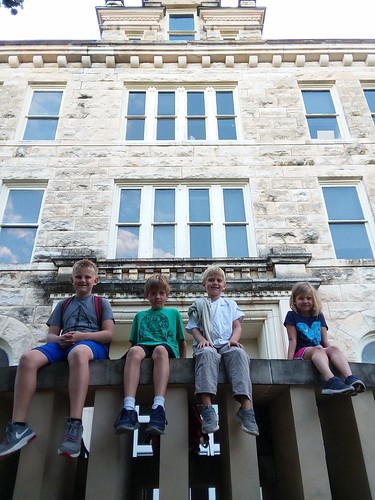 They blew off some steam after class by hurling this beach ball at each other in the student lounge next door to my office. It sounded like a rave in there. I was attempting to talk to a student about their exam and tune it all out when another faculty member who works on my hallway walked in and stared at them, then deadpanned "I'm glad you are here! Is your presentation ready?" then turned around and walked out laughing. 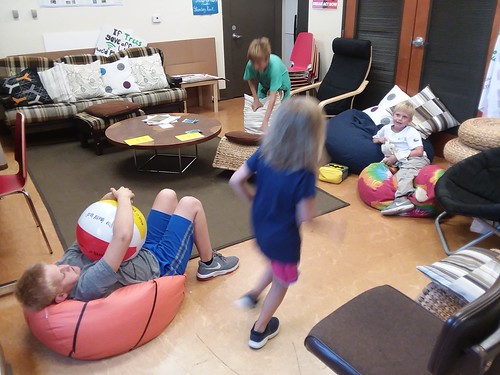 When they started getting really out of control I declared it time to go for a walk and we headed across the campus to the music building to see my friend, the choir director, and to find an unattended piano to play. I had just intended to pop my head in and say a quick hello, but the kids invaded her office and played her piano and played with all the toys. I finally pried them away after they had played their entire repertoire and secured an invitation to choir rehearsal on Friday.

We saw a picture of Miss N! 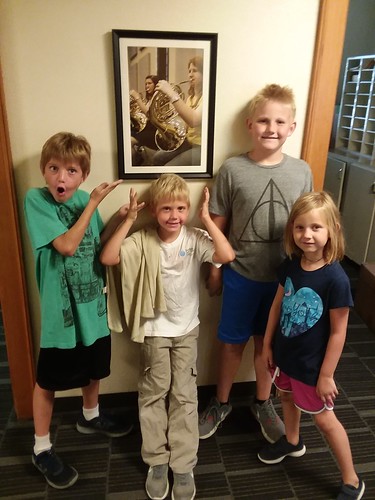 On the way back to my office, they helped create an interactive art installation to celebrate Coming Out day (university president also pictured in navy blazer). 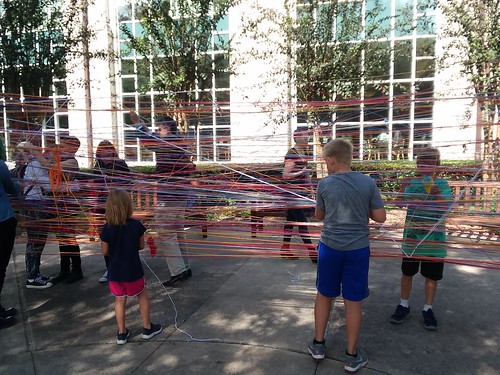 And that inspired them to create their own show of support on my office window. 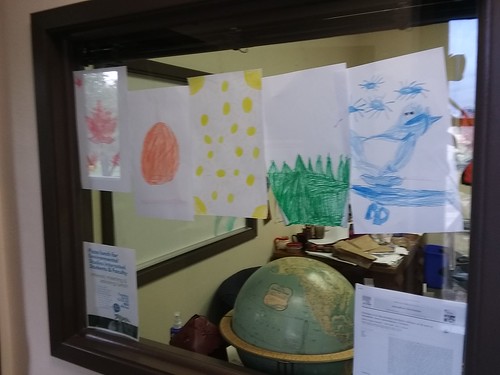 I love it so much.

We had to go give an exam in my afternoon class. For this they were rewarded with a couch and unfettered access to Netflix. This cozy arrangement lasted for nearly an hour before James and Mary had a loud spat about couch territory. I heard Mary shriek with anger in my classroom (even though I have no doubt that this fight was her fault). When I came back out to fix them with a withering stare, James had helpfully moved to the window sill to give her more room. 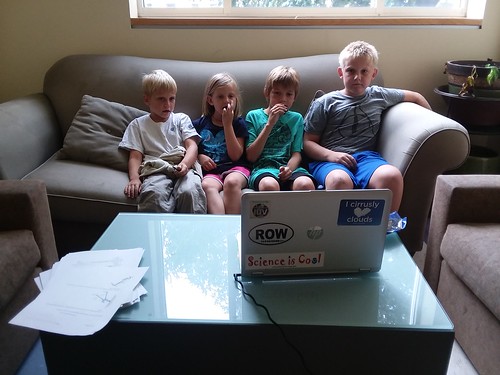 And then, even though I usually like to power through an hour or so of grading after class, we packed up our stuff and GTF out of there. I bought them each a pack of gum and now we are home having unrestricted screen time.

My next class is at 8:30 tomorrow morning. And I've promised them the dining hall. So stay tuned.
Posted by Becca at 2:42 PM

I know it's probably one of those "grass is greener" things, but I always fantasize about taking my kids to work with me for a day. Yours are adorable, btw, as always :)