When we last talked I had just taken the kids to my school for the day so that I could teach two classes and try to get a modest amount of work done, which I'm sure you already know did not happen. The best part of they in James's words was "THAT PICNIC!" which was literally them sitting on porch swings eating the same lunch they normally have at school out of their lunch boxes. I am absolutely charmed that James loved this so much.

Friday morning they stayed with Ryan for my first class, which meets at our ecological field site, because they are not allowed out there for insurance reasons. This was probably the most relaxing hour of my week. Ryan and I met up after my class and then the kids were all mine for the rest of the day.

I had a bunch of literal actual work to do on Friday so imagine my excitement when the children learned that the TV in the student lounge gets CABLE. Later we destroyed the dining hall and then they came to choir with me, which was hilarious. All in all a good day, even if I did have to make actual dinner on a Friday because they all had pizza, ice cream, pie, and cookies for lunch.

Friday night our friend Peter came to stay with us! We've known Peter since Ryan was six years older than Charley, which blew my mind. He is a great friend, and not just because he endured the children's more spirited behavior with a smile. 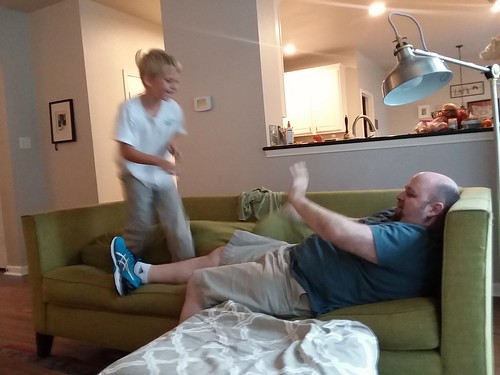 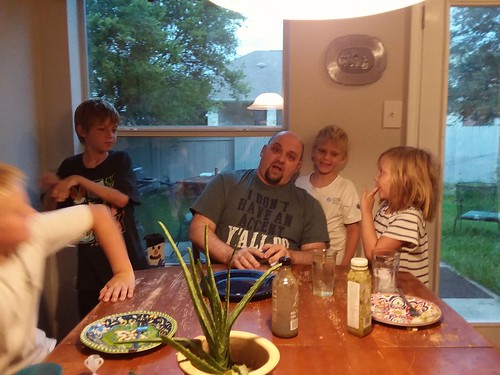 Saturday morning I left bright and early for the airport on my way to my second annual spa weekend in Minnesota at a MATLAB workshop. I made it with few issues except an incredibly creepy shuttle driver who asked me in quick succession what I thought about Tr*mp (multiple times, since, as he pointed out, I was from "one of those liberal places") and if I had grown children . I didn't even bother to mumble "Oh, sorry, looks like I don't have any cash" when I shot out of that car without leaving a tip. The first morning of the meeting I went to this coffeeshop I love and sat down with the paper and an almond croissant. The weather outside was cold and drizzly and it was so cozy. When it was time to leave, I got up and turned around AND IT WAS SNOWING. I RAN out onto the sidewalk and began making a fool of myself taking pictures and sending videos to the kids. The review session I was working on took hourly breaks so all the Texans and Californians could go outside and look. 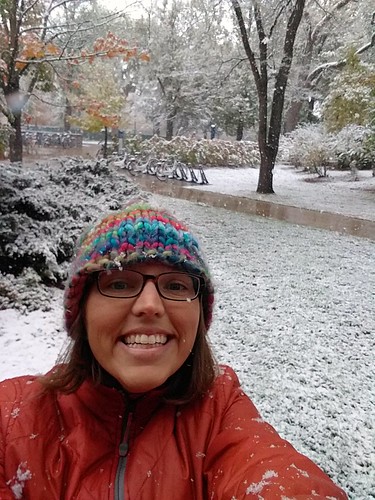 The workshop was productive (especially when measured in cups of hot apple cider consumed), but it was even better to get home. 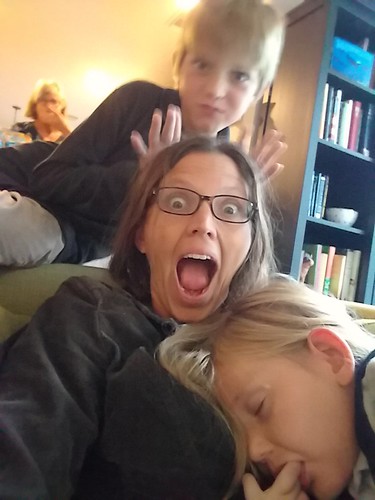 Monday night we threw caution to the wind in a most uncharacteristic way and took the whole family with us to Beer and Hymns. There was a large contingent from our church, my friends Mary Beth and Kelly and Jen, and many more, and delicious beer on tap. We had so much fun and it was gratifying to see the kids begrudgingly singing along to the Doxology because it's just ingrained in their psyches (I'm surprised they didn't stand up!). 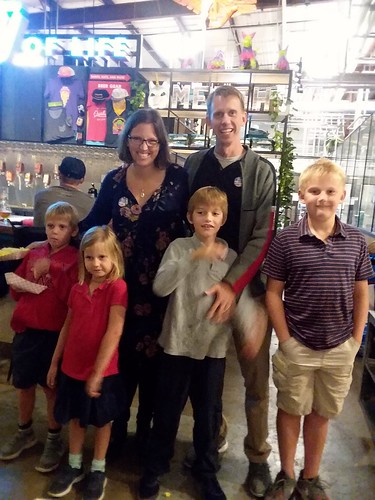 Everyone started fading by the end of the first set and we left a bit early, but BOY did they perk up in the car. One thing I hope I always remember is that when one of them announces that he or she has to go to the bathroom in the car, the others all start yelling all of the water-related words they can think up. On the way home last night, Charley exclaimed "I call the downstairs bathroom when we get home!" And the other kids were OFF TO THE RACES. James was the best "Clouds make RAIN! OOHH NICE WET RAIN!!!" This went on for several nonsensical minutes while Charley tried not to laugh or wet his pants. The other part of the game is that the kid who has to pee yells out dry things, so Charley yelled "GLOBAL CLIMATE CHANGE!" Wes responded with "Melting glacial ice! Drip. Drip. Drip. Drip." Finally we pulled into a fast food restaurant three miles from home and let him out. 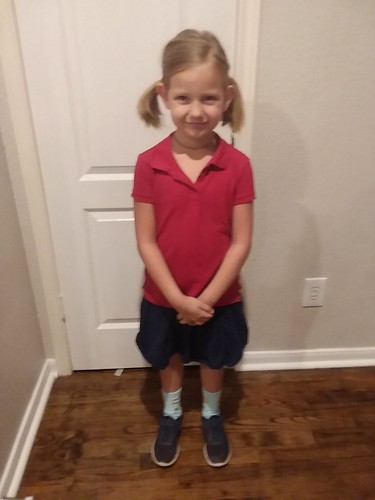 Back to proposal writing!
Posted by Becca at 1:19 PM

Love your updates! I've never been to Minnesota, curious to go though!