Is there anybody out there?

After ten solid weeks of near constant noise the kids are now in school for approximately fourteen hours a day and I am starting to go a little nuts in the solitary confinement of my office. College campuses are pretty pretty quiet without the students.

Our schedule is a bit different than it has been in years past because Charley is in middle school. This means that he gets out thirty minutes later than the primary kids, who wait for him in the cafeteria. At the end of Charley's school, he has to walk over to the primary school and gather all the siblings together to wait for my arrival. So they get dropped off early in the morning for the primary start time, but aren't ready to leave until shortly after the secondary dismissal time, which is FOUR O'CLOCK. And the pickup line the first week is extra slow, so we haven't been getting home until almost five.

Why is there no middle ground between twenty-nine hours a day of Special! Family! Funtime! on the one hand and a single angry hour of barking orders about signing folders and brushing teeth on the other?

At least I have this six-hour email chain about the university's helium supply to keep me company. And a rather demoralizing New York Times article about our missed opportunity for avoiding climate apocalypse. 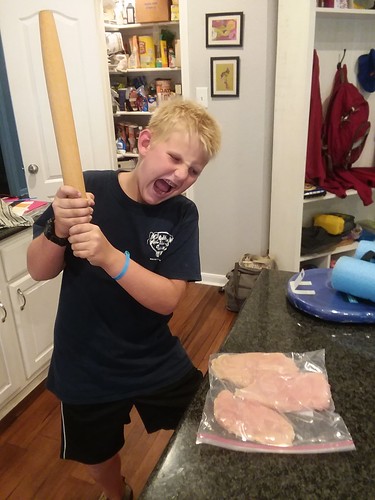 After school one day the children came home and shucked corn together. This will be my first and only post in the new lifestyle blog I am writing about the wholesome, organic, screen free, and sustainable activities I provide my children after subjecting them to a long day of state-sponsored education. 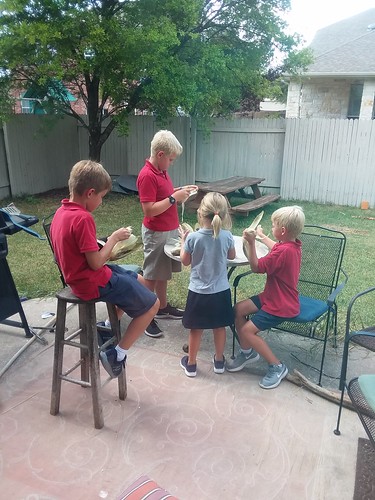 Kindergarten is no joke, man. 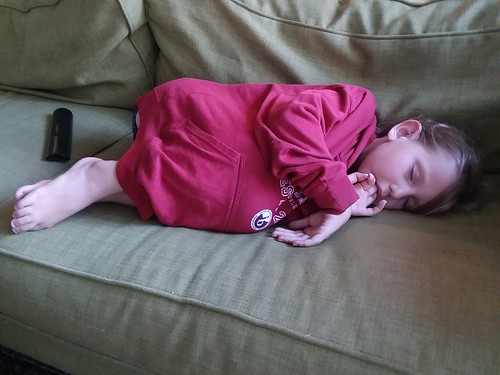 Charley had a makeup swim practice on Saturday. I looked up from my phone at one point and tried to find him in the water. I looked and looked, but only saw this teenager talking to the coach. Oh. 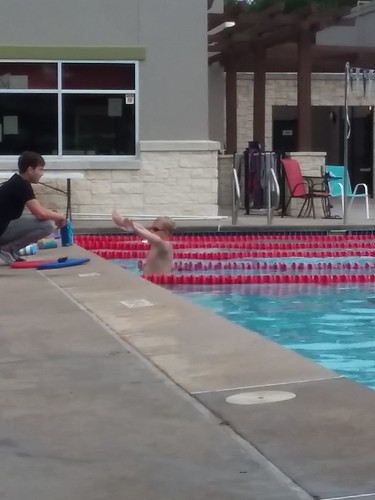 This weekend we showed the kids The Princess Bride and we all laughed so hard for the entire two hours. And now the kids keep saying "Inconceivable!" to each other. James made two new neighborhood friends by climbing up another friend's tree, over his fence, and down into the new friend's yard. He was briefly concerned that he would not be able to climb back, but asked the other mom for help (!!) and made it over. Yesterday we tried to find the FRONT of the house he had visited and I think we figured it out, but they not home. Wes discovered Tuesday night that a school friend lives two blocks away and was so excited that he did not tell us where he was going. After a brief search, Ryan spotted him merrily skipping back toward our house. More comprehensive communication plans have been established. Mainly, Charley knows where the house is so he can go there as part of his nightly dinnertime sibling roundup. Also on the slightly unorthodox socialization front, I discovered that a high school friend (two friends actually, since they are now married) lives next door to where the kids take piano. On Monday after I dropped the piano kids off I figured "What the hell?" and knocked on their door. They invited me in to be amid their crazy evening family dinner prep time, gave the kids animal crackers, and let us help ourselves to their jungle gym while my groceries slowly warmed, forgotten in the trunk of my car. I had a blast catching up and the kids can't wait to go back. There will be another eighties-style unannounced drop in in the future, I can tell! I spoke about my research at a meeting with a state agency yesterday and afterword we went to lunch, me and seven men. After we ordered our sushi, three of the guys pulled out their phones and exchanged pictures of their kids. I joined in. That was weird and fun.

And now it is time for me to get back to that helium email and maybe possibly some class prep and figuring out what to make for dinner and then after all of that I have my needlecraft group at my friend Christina's house. A nice little afternoon, if you ask me!
Posted by Becca at 12:42 PM

Ugh. I am so with you. We need a transition few weeks where the kids do half days or every other days. I always have the best intentions of starting to acclimate a few weeks early but it never actually happens.

I'm super jealous that you have an actual needlecraft group. That sounds ridiculously amazing and I may even be willing to suffer a 4:00 dismissal for it.