It's been a while! How have you been? Kids doing well? And work? Can I get you some more coffee? Of course I have half and half!

The last little bit (lot bit) has been a collection of triumphant moments of family harmony (to wit, Friday, after the kids watched Peter Rabbit, Ryan and I turned on the Leonard Cohen special on PBS and listened to the beautiful music as the kids played contentedly at our feet. Mary and Wes built a village out of Duplos. All four kids climbed into my lap for a snuggle at some point in the evening. Yes all of them, even the one who weighs almost as much as me. It was like the universe was patting my hair and telling me everything is going to be OK) and public fights that would make your hair curl (I made Wes order off the kids' menu at a Thai place and no matter how much I told him that Lo Mein is NOODLES he insisted I order him the something something beef noodles, which cost twice as much, and I finally told him to just go sit down, ordered the damn Lo Mein and sat at the other end of the table with my friends while he radiated anger and refused to eat and picked fights with his siblings. TLDR: after much ignoring, he ate the damn Lo Mein and a handful of egg rolls and then pouted until we finally put him out of his misery with a melatonin and seven o'clock bedtime. God bless it).

Compound sentences aside, I sort of think Wes is on a slow upward trajectory and am cautiously optimistic that we have landed on the right combination of meds, therapy, and teacher placement. I noticed myself laughing with the kids the other day and thought "How long has it been since I had a genuine belly laugh with the kids?" A long, long time. It has been a stressful summer in many ways. And an absolutely magical summer in others. Family life is complicated. Family life with our unique combination of DNA and brain chemistry is extra complicated. But these kids; They are awesome. We will persevere.

(Yesterday morning, Wes went into Charley's room and crawled all over his bed meowing and beeping to get Charley to wake up. They were both giggling by the end. Ryan and I stood just outside the door and looked at each other, gesticulating wildly and mouthing "HE'S PLAYING! SPONTANEOUSLY! HE IS BEING SILLY AND GOOFY AND HAVING A GOOD TIME! THIS IS AMAZING!"

And that will conclude the vulnerability portion of the blog post! Let's look at some random pictures off my phone!

We had convocation. I went in with the appropriate amount of cynicism but found myself loving the speakers and getting a lot out of it. Also, it's one of two times a year I get to wear this awesome outfit. 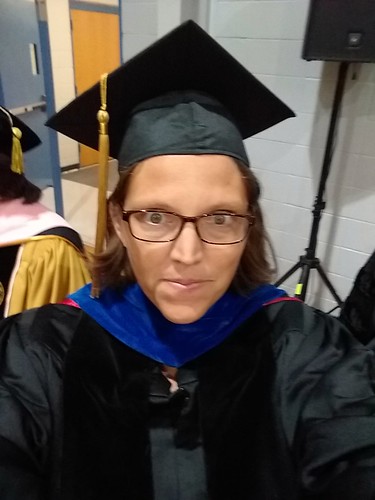 The female child school uniform has been EXACTLY AS MUCH FUN AS I DREAMED IT WOULD BE. One word: Kneesocks. Dead. 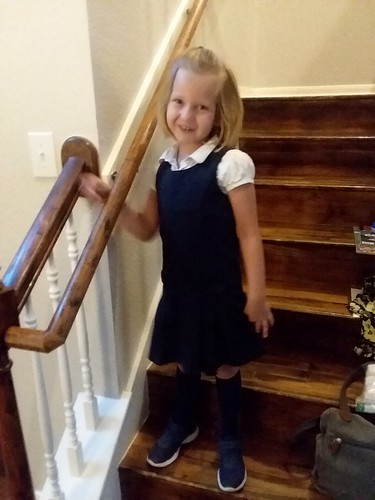 And on weekends she super-glams it up. Fitting seven days worth of tulle and sparkle into two is a real challenge, but she's managed well. That's why god invented tiaras, kwim? 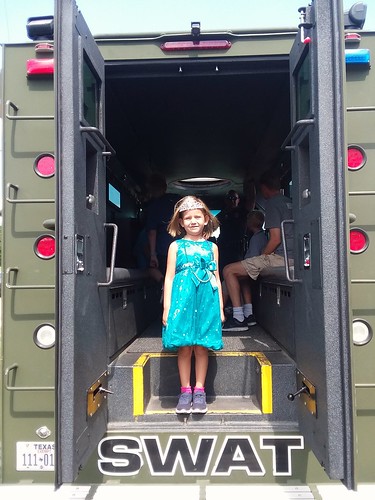 Here is an artsy photo someone took of a half-eaten cookie. We are so perceptive and hip. 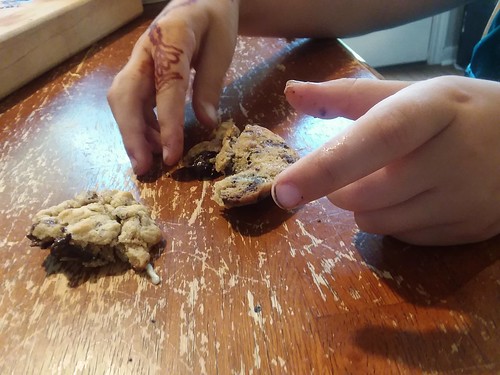 I made parfaits for a friend's baby shower and needed to cut up four pounds of strawberries. I bet three pounds actually made it into the recipe. 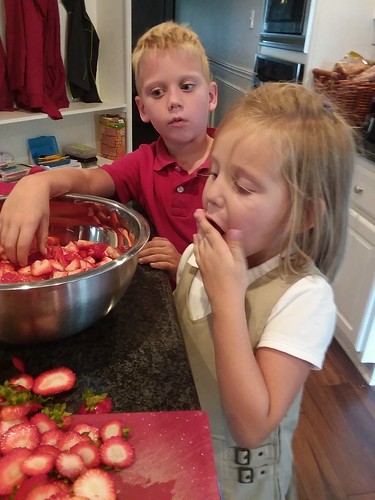 James had a friend over and they spent most of their time sitting on this post in my neighbor's yard. 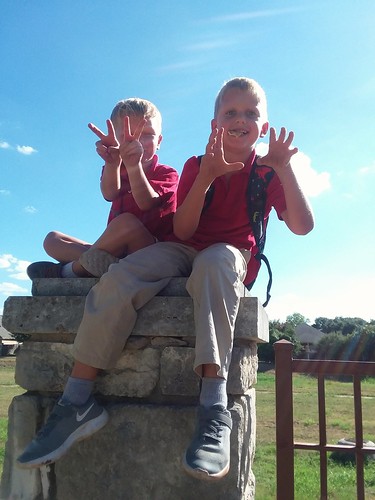 And! Six months later, Wes's arm is FIXED! He has been SO HAPPY to be back on his bike and SO NERVOUS about this happening again. He has said he will never go on monkey bars again. The trampoline at his buddy's house, OTOH. Hrmm. 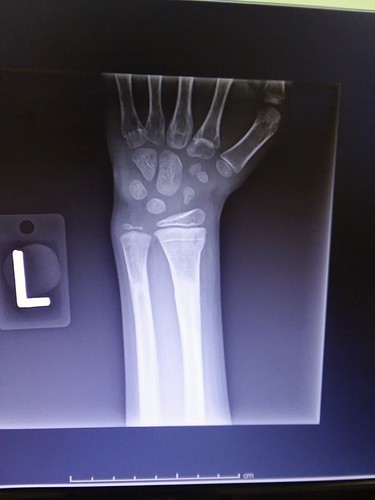 So that's it? I've been spending most of my time rowing, cross-stitching, sitting in the front yard drinking wine with the neighbor, writing, Matlab coding, prepping class, snuggling, reminding, cooking, driving driving driving, and LET'S NOT FORGET THE CLEANING. School started for me on Monday. I have three lecture classes this semester, which is new for me, but they are all classes I know well and have taught multiple times before. We're going to spend a lot of time outside, a lot of time working on things together, and do a lot of reading. The students are cheerful and energetic and have not reached that angry slumpy stage that happens between Fall Break and Thanksgiving. TIME TO SEIZE THE DAY. On that note, Wednesdays are my research days and also one of the rehearsal days for the FACULTY CHOIR I joined, so I'm really looking forward to it.
Posted by Becca at 6:33 AM

Faculty choir? How awesome! Glad you are on track with meds, etc. Cheers to a great school year for all!

Happy to see you back with vulnerability portions, knee socks, meds adjustments, arm x-rays, awesome academic outfits, wine with the neighbor(s). They all reverberate and bring us back here repeatedly to see wassup with you in Texas. Don't look now, but (as you likely already know) what you write today is the best "did that happen THEN?" context you ever will have in the tomorrows. Keep tracking the storms, internal and external.