Well, we're back from Maine. And like every year we have spent much of our time since our return trying to figure out how we can spend EVEN MORE TIME in Maine next year. It is really a special place. 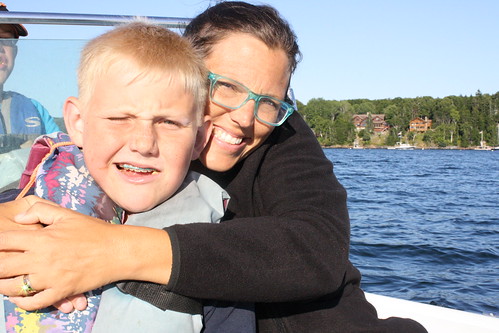 It was sort of weird to have no kids with us during the day in Week 2, but CAMP IS THE BEST. This week they went on a field trip to a marine biological research lab and did hands on experiments before returning to camp for a cookout on the dock and then heading back out to a boatyard where they got to tour a huge tugboat under construction. !!!!

We arrived at the cookout to find Mary had turned into a big girl. 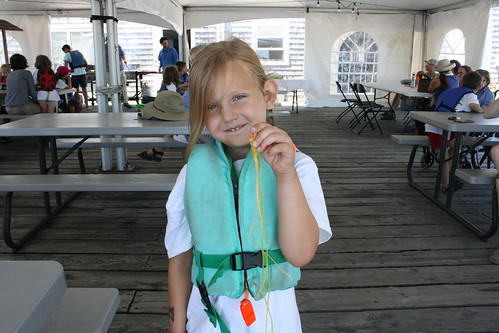 Ryan and I went on a hike through the woods with my aunt. 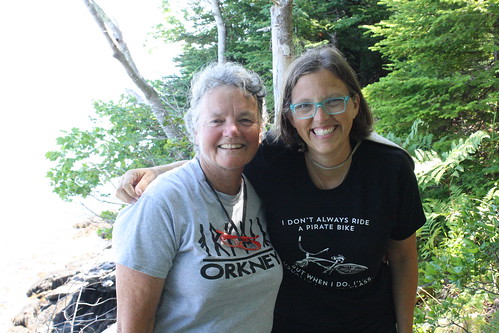 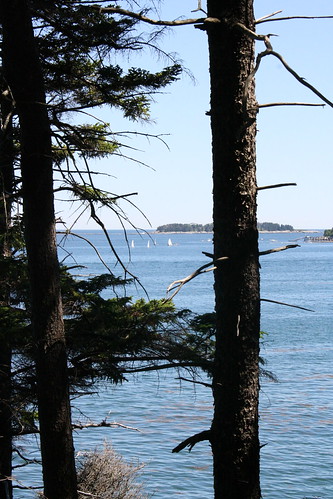 And then I finished and submitted my revisions and went out to celebrate. We love this restaurant because it's possible to spy on the kids sailing at camp from the deck. 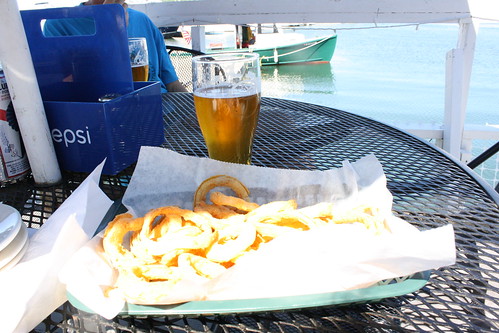 Charley and Wes were on this boat and they were FLYING (and almost tipping over, obviously). On another note, HOW AMAZING IS THIS?! AND WHY DON'T WE LIVE THERE ALL THE TIME?! Mary also sailed this giant boat during the week, because that's a completely normal four year old activity. 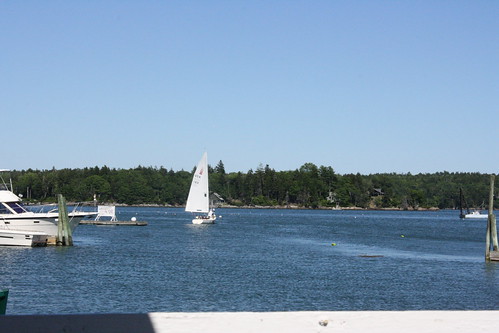 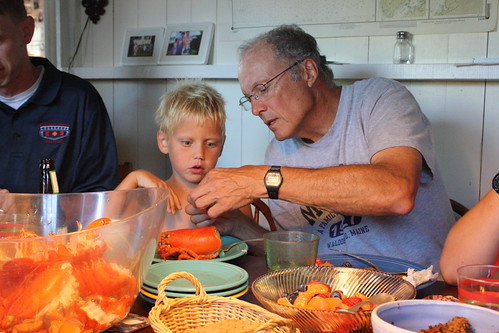 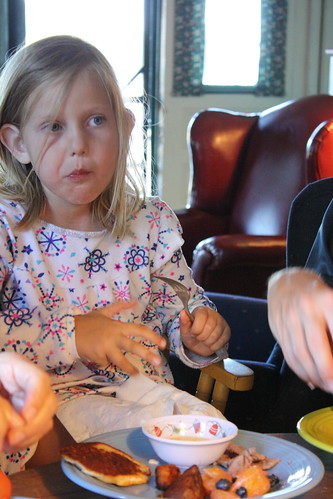 Mary bit off a little more than she could chew on the paddleboard and had to be rescued. Wes saw what was going on and jumped in with all his clothes and his hat on and swam out to rescue her. 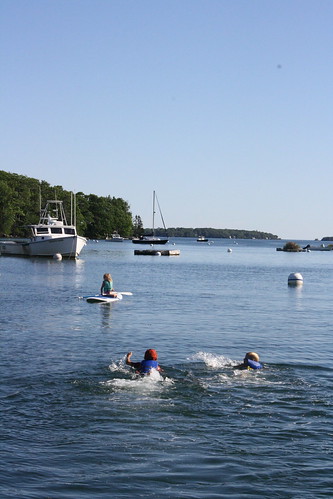 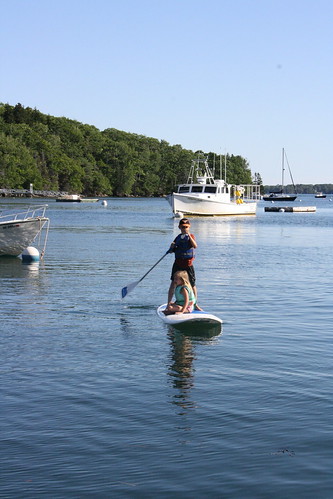 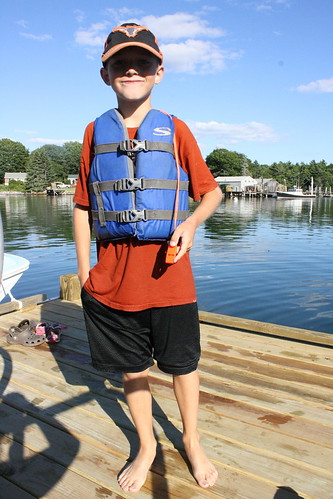 Charley caught all kinds of creatures in the crab trap. 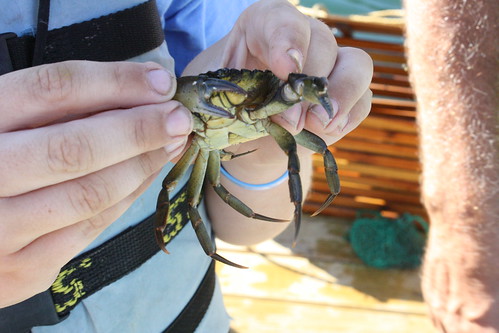 The last day we were there he got his giant ziplock bag of frozen dead mackarel and rowed it over to the lobsterman's house. He gave it to the lobsterman because we were going out of town and we made him get it out of the freezer. The lobsterman was so excited he offered Charley a lobster in exchange. 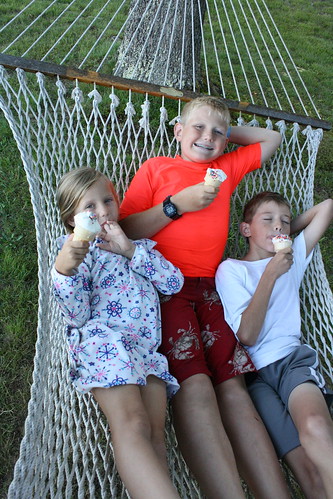 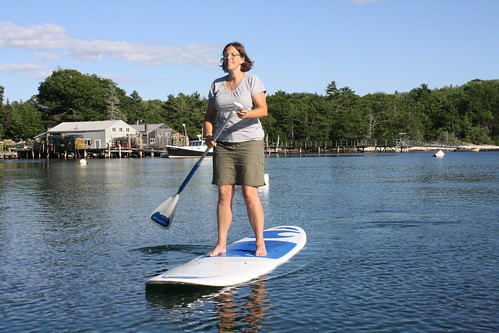 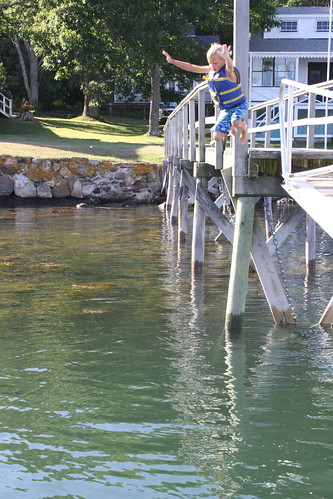 Wes got really good at being the guy who pushed the boat off the dock. He also got good at grabbing the painter (rope) and jumping to the dock and then catching the front of the boat. I used to love that job! 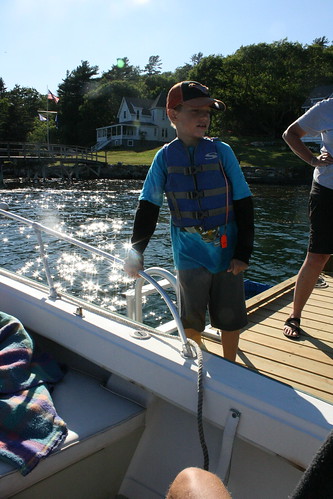 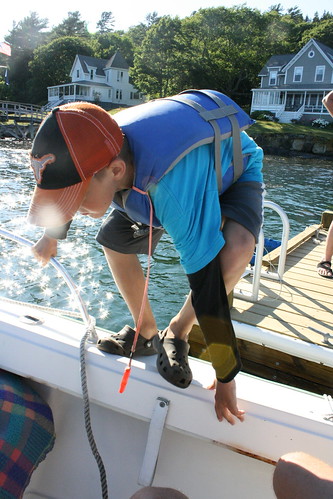 We rowed to an island. 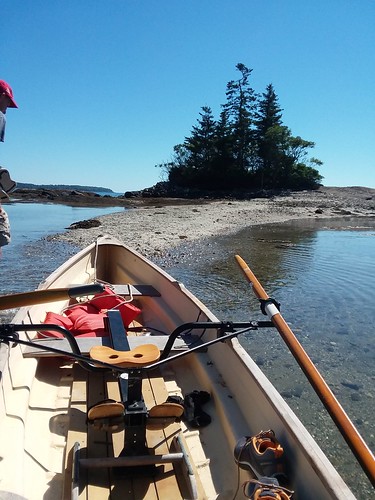 Most of us cried when it was time to leave, and not just because we had to get up at two o'clock in the morning for the airport. This sign taunts us every year. 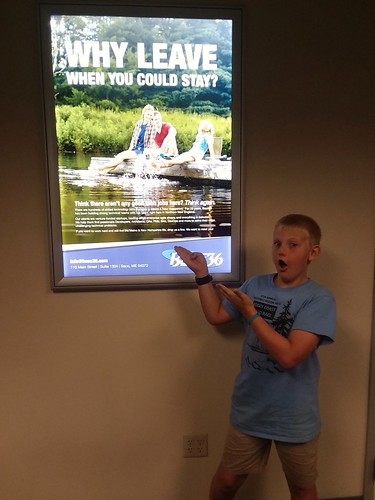 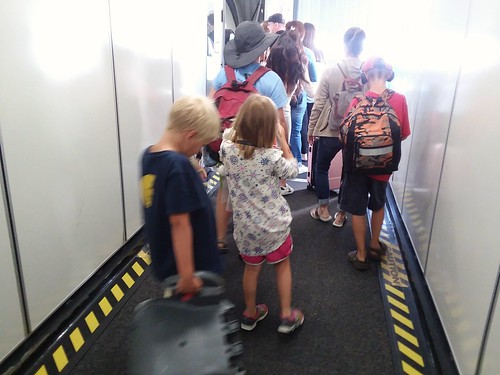 We were greeted by this disgusting vista of our skyline (I think?) thanks to a thick layer of African dust and, I'm assuming, some ozone and NOx thrown in just for fun. The hottest weather we've had in years and a nasty case of vacation hangover. 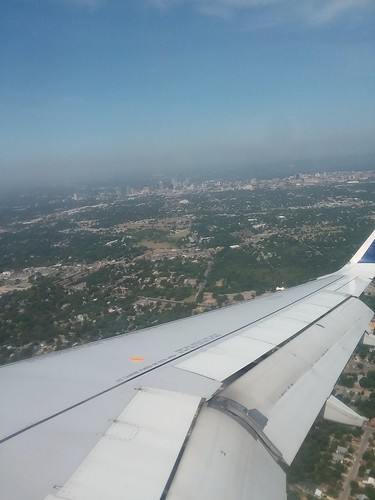 We've been hunkering down inside and I've been preparing the house for the school year, finding all the uniform pieces for everyone (Charley has some new requirements since he's going to secondary school and Mary is a girl, so we have a lot to figure out this time), cleaning out the cubbies, removing all the crustacean shells and rope from the kids' backpacks and trying to do just enough fun stuff so that they don't kill each other.

Sunday I go to New Hampshire for a workshop on doing climate research using ice cores. They told me I need to bring long johns, gloves, and a hat to be worn under my regular clothes and the giant parka they will loan me because we will be working in a lab that is kept at ZERO DEGREES FAHRENHEIT. What have I gotten myself into?? And then school starts A WEEK AFTER I GET BACK. Summer went, um, fast? But we did pack a lot of things in if I think about swim team and everything else we did. Also also, our schedule is going to freaking EXPLODE once school starts so I'm trying to enjoy all this downtime. Judging by the way I screamily kicked a bunch of neighborhood kids out of my house yesterday after a game they were playing got so out of control that Mary got hurt, I'd say it's going awesome. I also mom-voiced a pack of teenagers who were blasting music with WILDLY OFFENSIVE lyrics at the pool yesterday because DANG. #crazyoldlady
Posted by Becca at 6:39 AM

Oh - Wes is such a sweet big brother! And a free lobster for Charley! You guys have THE coolest vacations in Maine. It's a place I have always wanted to visit. And I laughed at the mom-hissing at the teens at the pool. I have a pack of those in my home most days and the lyrics make me feel 90 years old. Thanks for taking one for the team. : )