Just like clockwork, I write a vaguely complainy blog post about how everyone keeps fighting and we have to keep asking everyone when they last pooped and if they could somehow discretely describe it before the waiter comes back and then BAM. Everyone settles in and we have a completely lovely few days that give me hope that we are still a nice normal happy family. 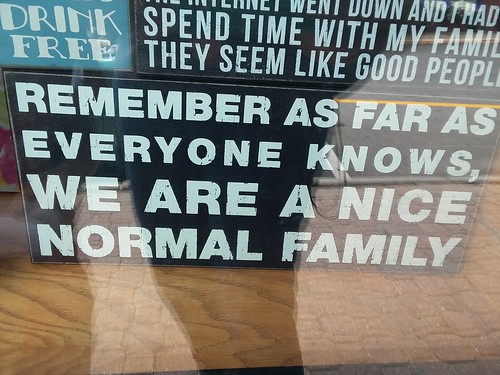 Charley and Wes and I spotted this in a gift shop the other day and all three of us instantly started giggling and then when we realized we were all thinking the same thing we started full-on belly laughing. Self awareness!

(I should probably go buy this and display it prominently in our house, a reminder of that happy moment in which we all accepted our not-normalness and celebrated together)

Other happenings... Wes has a Thing with haircuts right now and it takes quite a bit of doing to get him to agree to it. I try to be cool and accept this for as long as I can but inevitably, usually when his bangs brush his nose, I reach a breaking point and start getting more and more insistent. Which is how we ended up getting haircuts on Saturday morning in the Harbor. Bribes for this haircut included Charley also getting a slightly unnecessary haircut and a round of whoopie pies. 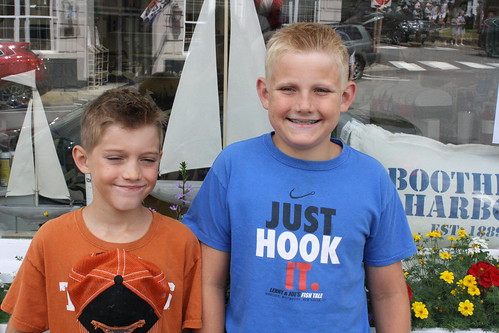 After. There is no before. I asked the barber to take him from "Stranger Things" to "Apollo 13" and I think he did a great job.

Before that though we got to tour a Viking ship that was visiting for the weekend. The kids watched a two hour Nova about Vikings a month or so ago and Wes has been curious about Norse history ever since (his interest started with a school project on Stonehenge and then he moved onto a more general fascination with Early European history of all kinds). This ship sailed across the Atlantic from Norway through icebergs and storms with a full crew aboard. It was fascinating and a little terrifying to imagine. Many of the crew members were broad, tall, blond guys with big bushy beards. Vikings? 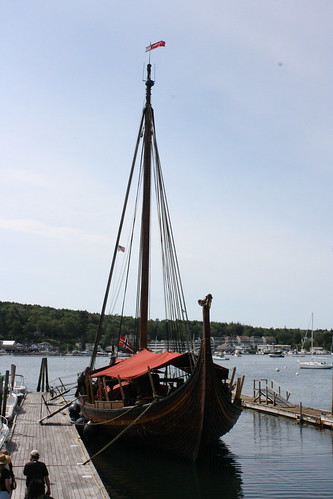 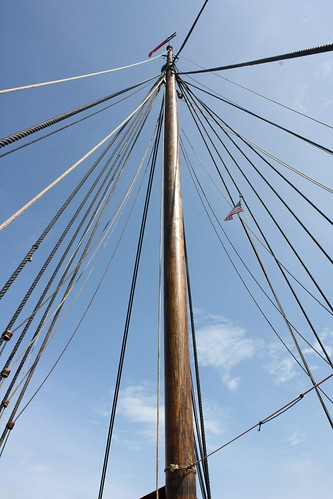 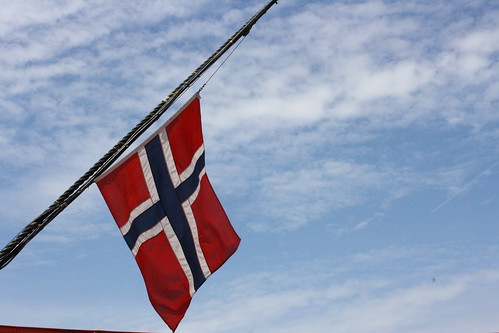 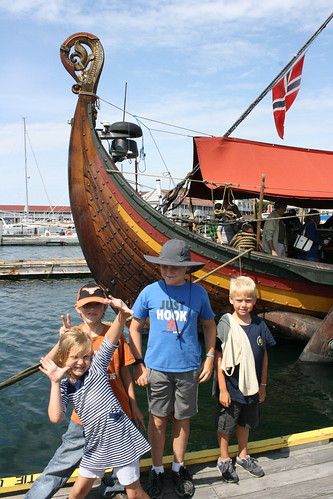 We got haircuts and went for a walk and went home for lunch and after lunch Ryan discovered a pirate treasure map in the kitchen. The kids had been eagerly awaiting the finding of the first clue since we arrived a week ago and then jumped RIGHT IN. Even Charley, who knows what's up, was racing from clue to clue. 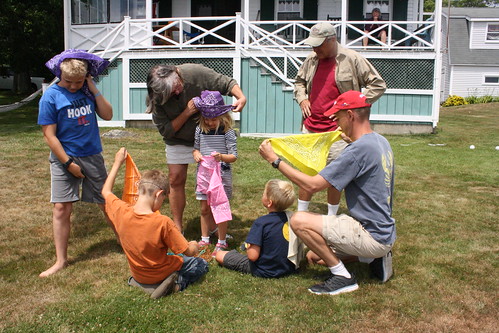 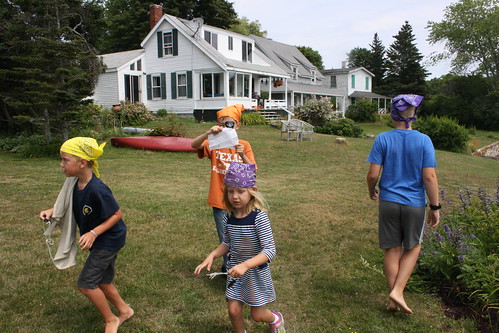 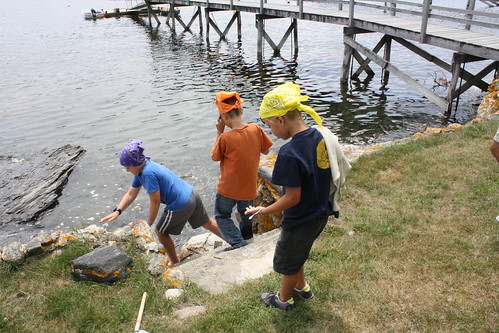 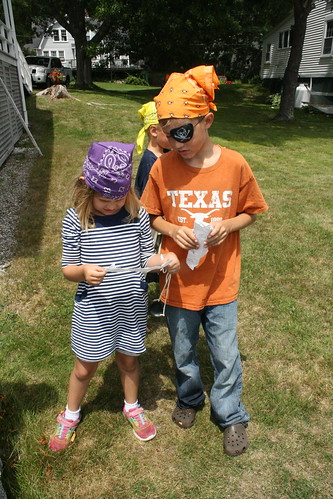 Treasure in the dinghy! 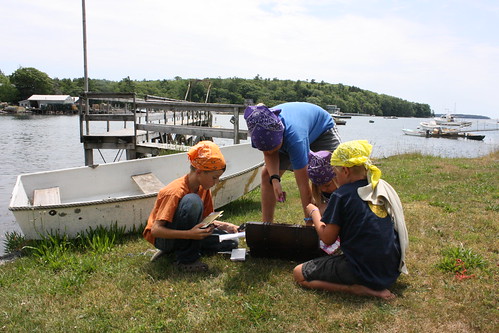 And other than that has been a whole bunch of pleasant goofing around. 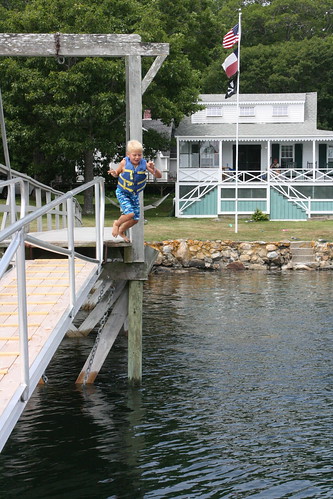 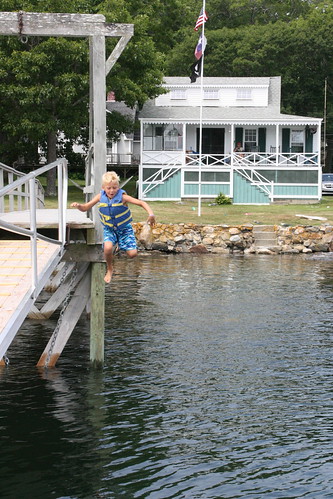 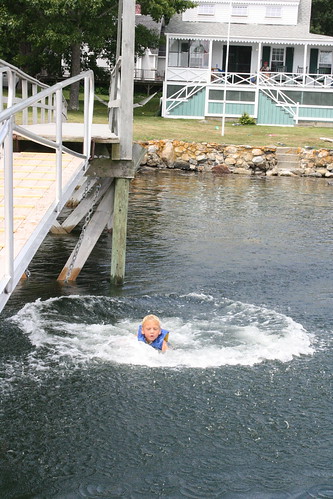 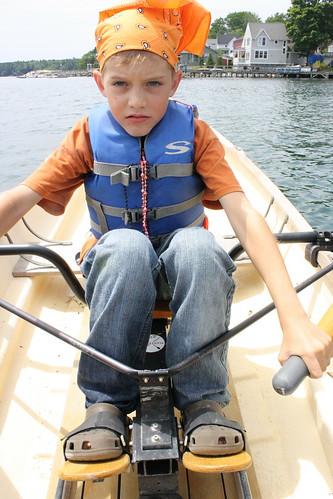 Wes has become QUITE the boatman this year. From the porch I watched him steer the dinghy towards the dock, and then all at once, pull the oars in, stand up, turn around, and throw the painter to Ryan before leaning over and catching the edge of the dock. Such a natural little Maine buddy. 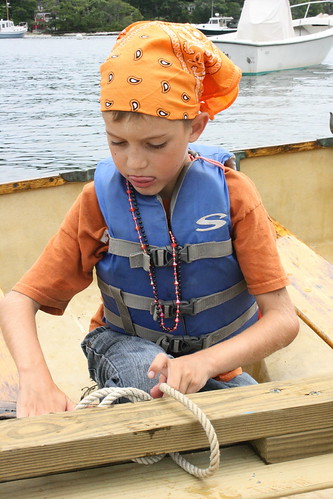 James is on a restricted diet at the moment and at the church coffee hour I told him that all he could eat was fruit. 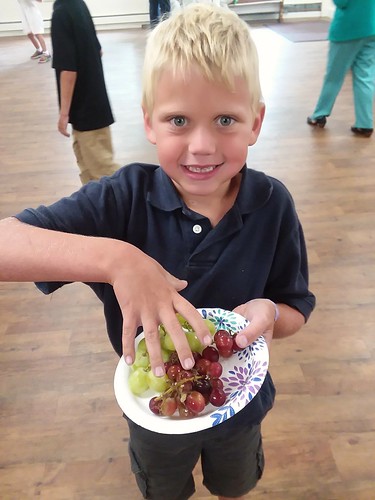 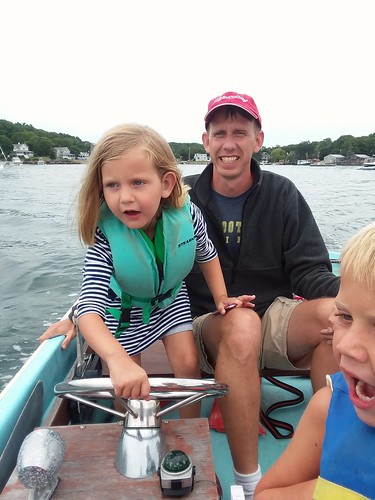 Everyone is always ready to sneak in a nap 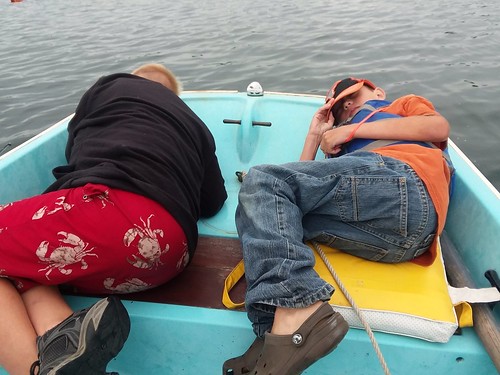 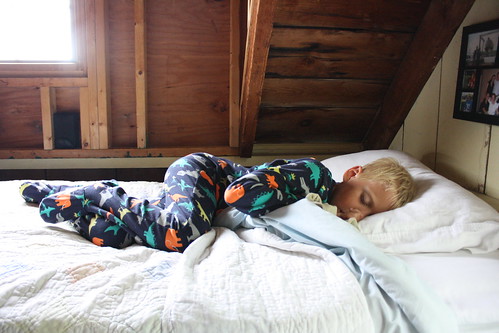 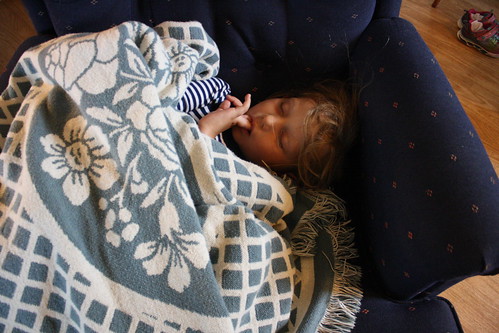 Or a game of cards 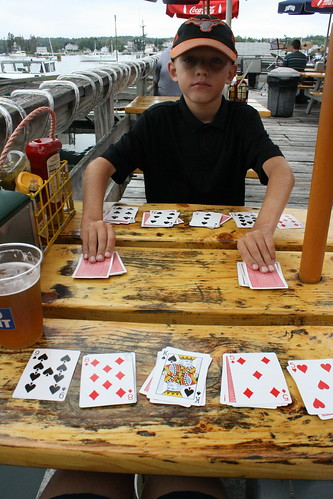 And this morning we dropped ALL the kids off at camp. Mary wandered into my room this morning with her Anna Elsa jammies on and let out an uncontrollable SQUEE! as soon as we made eye contact. She powered through getting her hair brushed and walking the half mile to camp on pure adrenaline, but when they asked her to change into her bathing suit in the girls' room she emerged a few minutes later red-faced, still dressed, and holding her shoe. So I helped her finish changing and got her settled with some other kids. She was playing happily when I peeked through the window shortly after that and I haven't heard anything since then. It is weirdly quiet at the house right now. 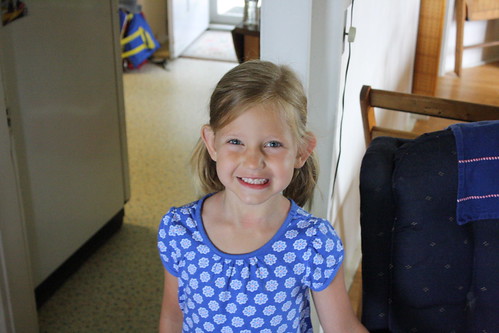 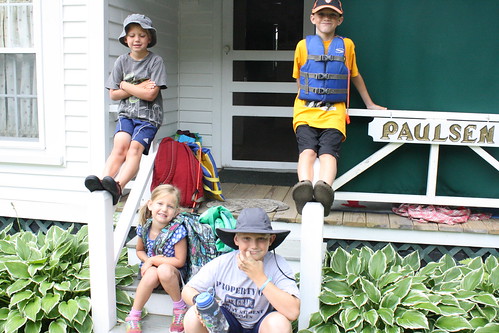 Also, I have a small teenager. 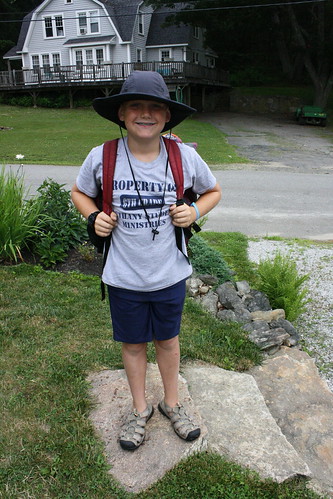 After dropoff Ryan and I went to the little neighborhood grocery for a cup of coffee and a couple of hours of quality time with our laptops as he continues to learn Python just for the heck of it and I continue to mutter swear words under my breath as I put the finishing touches on a revise and resubmit article due on the nineteenth. Last night I was all ready to quit my job and stay home to take care of the kids and their EXTENSIVE needs, but then this morning I got great satisfaction from making convincingly professional-looking graphs in Matlab so I guess I'm back on the horse. Matlab and I have a classic abusive relationship. Thank god I got the article to the point where I could pass it off to my coauthor this morning because I was starting to FREAK OUT and not be very fun to be around in the late evenings.

I will leave you with a picture of the pie my aunt bought at a neighborhood food sale and brought home to share and what it looked like when she pulled it out of the fridge the other night. Apparently a tall little birdie found it first! 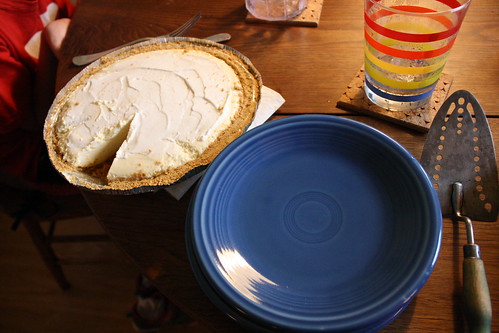