I have worked so hard to procrastinate on working on this problem I found with a research project I'm working on, you guys. First I went to the kids' school to sell tickets for the 5th Grade Picnic. Then Mary was being so adorable that I didn't want the party to end and I took her to breakfast. And I couldn't just stop at one taco each, so I ordered us a giant buttermilk pancake to share. 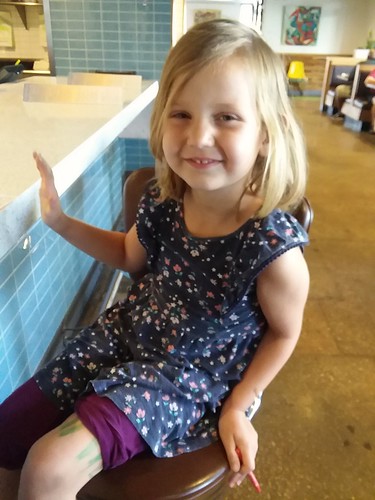 And then I dropped her off and headed to Goodwill to see if I could find any cute summer dresses (me) and school uniform dresses (Mary). (I found one cute summer dress and one awesome summer date night dress, which I will totally wear on a date someday, even though most of our dates now involve some kind of athletics because before we can actually relax into a conversation over dinner we have to bike or climb or run or kick out all the stress involved in getting to the point where we can leave the house). 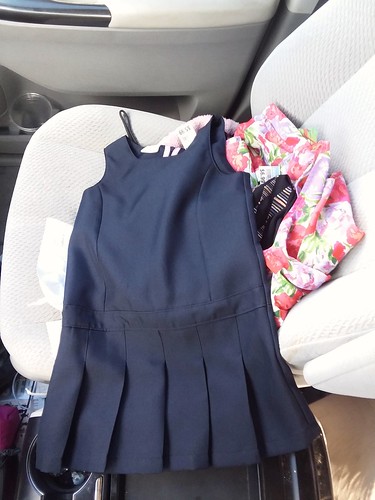 The moment I've been waiting for since her 20 week ultrasound.

And then I came home and jumped right into watering the lawn, which involves finding the sprinkler, trying to attach it to the hose I asked the kids not to disconnect from the sprinkler, putting it in just the right spot, fiddling with the water pressure until the water is hitting as much of the giant dead patch as possible, setting the timer in the kitchen, spending a few moments having a mental conversation about whether I should grab a couple of cookies on the way up the stairs (final decision was no, given the giant pancake and the way my arms look in my new Goodwill dress--pretty strong from rowing, but definitely room for improvement).

I also spent about forty five minutes making my to-do list, returning an email to a friend, and talking to my mom on the phone.

And then the timer went off so I went downstairs to turn off the sprinkler. And then I remembered to switch the laundry over.

And now it is 11:08 and I am about to cram all of the things on my to-do list into the next three hours before it's time to run to the store and also get the kids.

And the only reason I feel guilty about any of this is because I just sent one of my mentors my list of research goals for the summer, organized by project and date. I think that is how accountability is supposed to work.

But at least the grass is watered!*

*We've had a huge dead patch in our front yard for months and I've just been waiting for the HOA to get pissy about it. Ryan had the trees trimmed so it would get more light and I barked at the kids every time they walked on it. I've been working at home for a week and so have watered it twice and GRASS IS STARTING TO GROW. Rocket science, you guys.
Posted by Becca at 9:17 AM

OMG! The little jumper! That’s the sweetest thing ever. I am obsessed with school uniforms. Eli has a school shirt he has to wear for middle school next year and I’m super giddy about it.

I'm a "retired" scientist with two kids (20 and 17) who has read your blog for years. Gotta say it is amazing how you and your husband do it. You guys do an amazing job. Keep it up!