Tomorrow we only have two commitments after school

My schedule of the last week could be best described as an ONSLAUGHT. While this is not officially an advertisement for Google Calendar and all of its wonderful features like the way you can SHARE IT WITH YOUR SPOUSE and INSTANTLY SYNC IT UP ON BOTH OF YOUR PHONES is officially the reason I am still standing here able to function and have not dropped any of the numerous balls (unless you count laundry and personal hygiene among the balls) (yet) (can anyone else not say "balls" without looking behind them to see if an eleven year old is giggling? Just me?).

Saturday we had commitments at 8:00, 10:00, 2:15, 3:00, 4:00, and 7:00. I went to a rowing clinic at 8, then met Ryan and the kids at a birthday party on the way home. Ryan arrived with four fresh-looking kids who had enjoyed a breakfast of scrambled eggs before heading to the store to buy presents for all the birthday parties. He is THE MAN. Then, we went home for lunch and mandatory relaxation before parting ways so I could handle the 2:15 Pump it Up event with James and Mary while Ryan manned the 3:00 and 4:00 piano studies spring pool parties. We met up once again at 5:00 to pick Charley up and go out to dinner before James's guitar recital, which started at 7:00. Got all that? 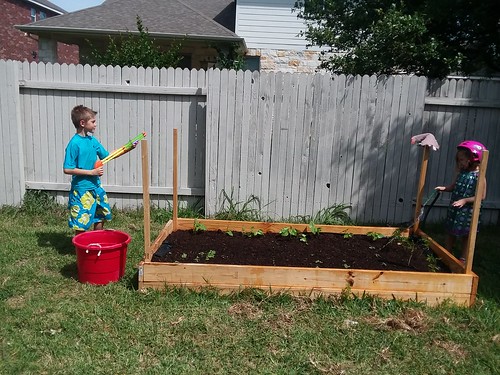 The internet found us an affordable brewpub near the recital hall with outdoor seating, patio games, live music, and a kids' menu. We all ate for THIRTY FIVE DOLLARS and NOTHING HAD TO BE TAKEN OUT OF A PAPER BAG. 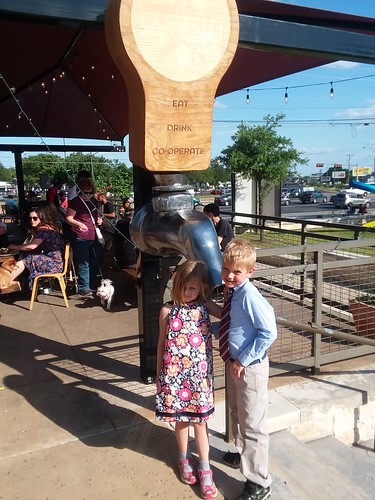 James: "I'm worried about everything, Mom. Like, everything." He did an amazing job playing "La Folia" and "Sonatina on a Confection" (Hot Cross Buns). 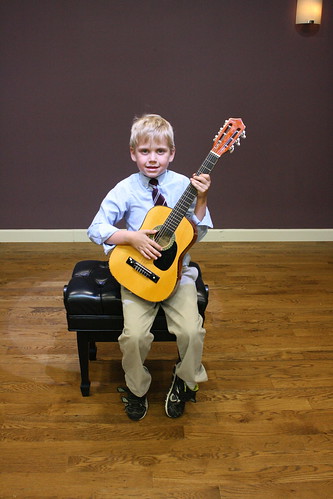 Sunday after church we bribed all the kids with a trip to the candy store and managed to knock like three niggling items off my to-do list. We even had time to linger on the back patio of the candy store (!!) for half an hour and now that I know I can spend ten bucks on penny candy (them) and chocolate haystacks (me) and hang out playing games for two hours all my summer angst is GONE. Mary was looking so sweet sitting on this bench so I asked to take her picture and she did this. 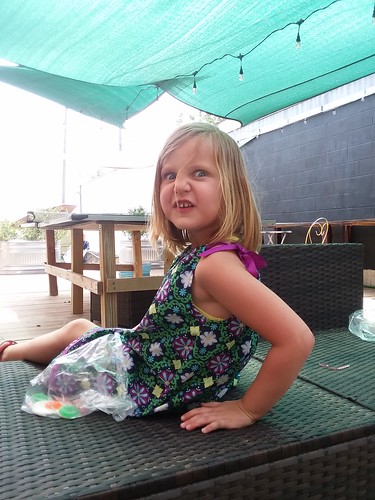 And then Charley and I went out on a boat with his youth group. I tried to deliberately hang back and let him find his own way, which he did, making a couple of friends and hanging out with them, dancing along to all the funny youth group songs that he inexplicably knew the hand motions to, and being among the first off the water slide into the sixty-seven degree water. But that didn't stop him from coming to find me for a hug once or twice. Talk amongst yourselves. 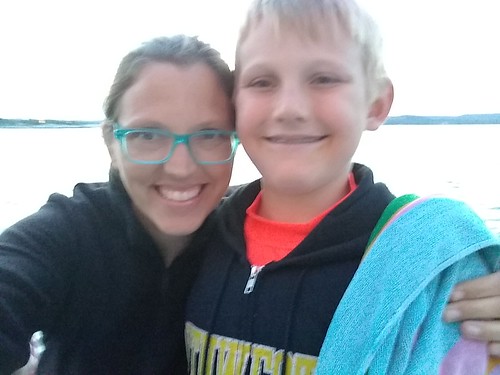 And that brings us to today. This morning I had rowing at 5:45, an ARD meeting at school at 8:15, an orthopedist visit for Wes at 10:00, and therapy for Wes at 12:00. I just finished teaching my class, which began at 2:00, and tonight we have piano for Charley and Wes starting at 4:30, guitar for James starting at 4:45, my Girl Guitar class, which starts at 7:00 on the other side of town, and a Boy Scout meeting that starts at 7:00 near our house. This is being accomplished via a careful plan involving crockpots and carpools and some lofty expectations for everyone's behavior.

But the good news is that WES IS DONE WITH CASTS! 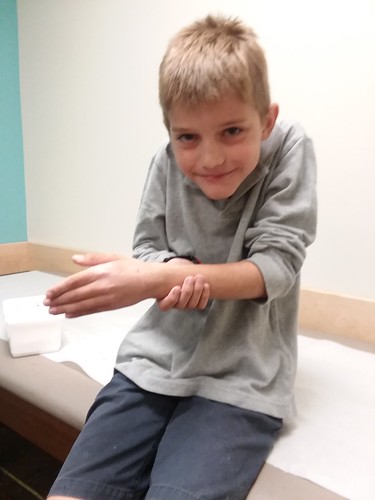 Apparently those lines indicate a strong place where the bones have healed and not perforations, which is what they look like to me. #bubblewrapmybaby 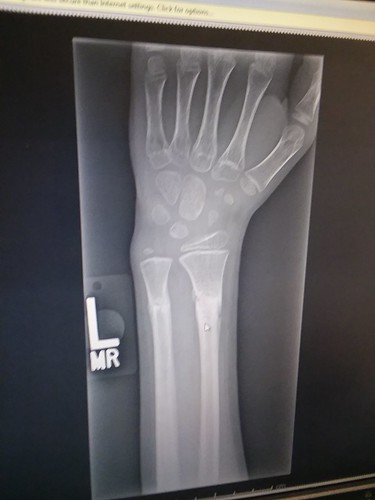 Before our appointment we encountered another family with a broken arm in the Starbucks next to the medical office building and Wes struck up a conversation about casts. This kid still had the split cast all the way up his arm. Wes told him all about what to expect. I talked to the mom about sealed casts and giant foam blocks and growth plates (I suppose this is the big kid version of talking about sleep and feeding schedules and pacifiers).

Later we exchanged tired smiles as we passed them in the waiting room, Wes in his new splint, them waiting to have their cast sealed. The mom sighed when she looked at Wes's sleek new splint and said "You guys have already done your time!"

It doesn't take much to bring back the pit of the stomach feeling I had when I looked at Wes's first xrays. It's amazing how fast the cast became a non-issue. And now we are both going to miss it. Wes asked the nurse, the PA, and the orthopedist all if he could have another cast, since he will be doing swim team starting next week and doesn't want to mix it up in the pool with a bunch of other kids and no cast (A REFRESHINGLY SENSIBLE POSITION FROM THE SEAN WHITE OF THE MONKEY BARS). The doctor insisted he would be fine with no cast and suggested he buy a brace at CVS to wear in the water (in addition to the other brace from the office that he has to wear for six more weeks).

In closing, I leave you with this picture, in which I discovered that James takes off his right shoe every time he goes upstairs. Very curious. 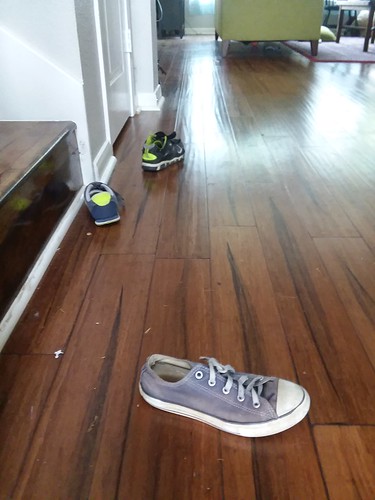 OMG. I can't even look at my google calendar without wanting to puke. Solidarity, sister.

I was JUST waxing romantic about my Google calendar!