A post as disorganized as my head feels right now

I already knew today was going to be a complete mess because Wes had a doctor's appointment at 1:00, which was the exact same time my afternoon class starts, which means Ryan was going to have to take him. Also, I had like eight thousand dollars worth of equipment in my car that I needed to unload into my office and I was going to have zero spare moments in which to do it because my first class starts at ten, and that was going to be followed by a lunch meeting with a Congressional staffer. A GOP Congressional staffer, who wanted to talk with some of us about CLIMATE. And lunch would be followed immediately by my afternoon class. This only left the period between eight and ten to both unload my car and prep for class. This seemed harder when I was thinking about it at midnight last night.

And then! James was up all night complaining that his toes hurt and when he got up for the morning it was plainly obvious that no one was going anywhere without taking him to the doctor because they were PURPLE.

That meant that I had no choice but to cancel my morning class and take him because Ryan was already taking part of the afternoon off to take Wes to therapy. We practically high fived as we passed in the school lobby! These were the third and fourth kid appointments this week. OMG. 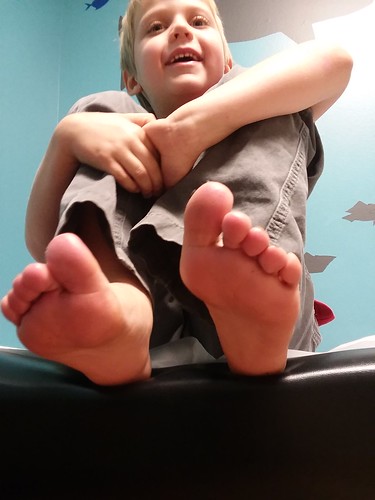 Does not adequately convey the alarming color

The pediatrician was so startled by his toes that she went to fetch the podiatrist. Then the two of them spent several minutes discussing various possibilities while James interjected helpful comments like "Oh no, I never wear socks" and "Maybe it's from all the sand I keep in my shoe?"

The two doctors considered calling in a dermatologist but decided against it because the one they had in mind "likes to biopsy everything."

Finally a plan was determined, as the podiatrist washed his hands for the third time. We would spend the rest of the day wearing SOCKS AND SNEAKERS WITH NO SAND and then text a picture of the toes to the pediatrician in the morning.

I can't imagine a job where you ask someone to text you pictures of inflamed toes.

We stopped at Target to buy him a pair of sneakers that does not smell like rotting flesh and some new socks. And then we went home to wash and Aquaphor his feet. They appear to be doing better this afternoon.

Because of the congressional staffer lunch I chose a navy shirt dress and red ballet flats instead of dressing like a roadie for the Nevermind tour like I normally do. I felt so fancy all day (You: this is a normal grownup outfit, you weirdo). I do love a full skirt. And a mirror that can be angled slightly upward for Amazon selfies. 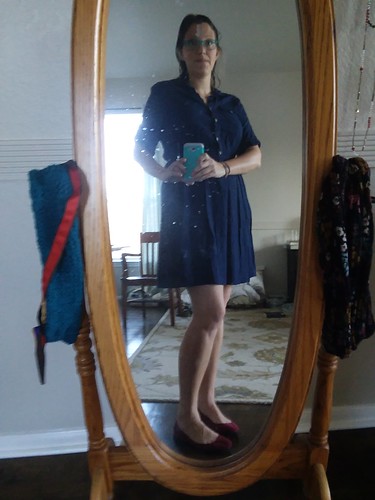 Wes did some Wes things. 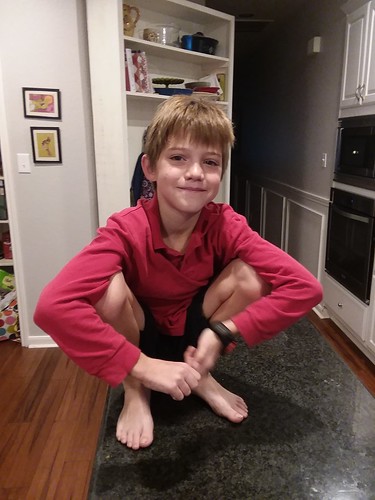 Mary got to wear a new dress today too, and chose to accessorize with her most elaborate hairbows. 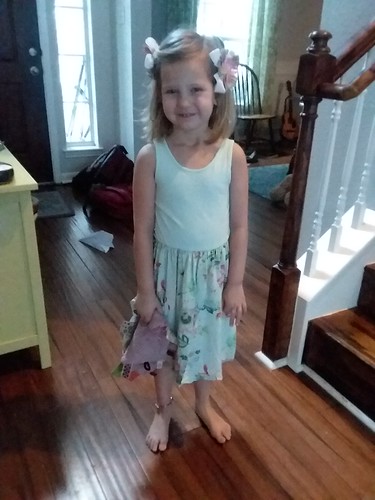 I got to launch a weather balloon with some students yesterday. 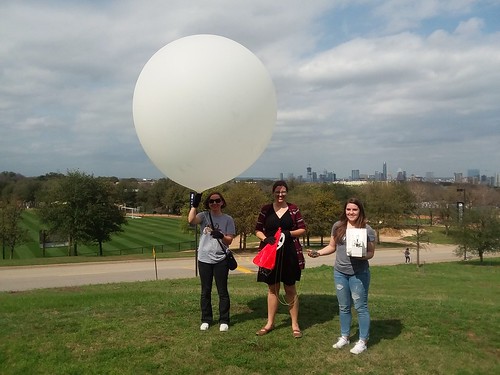 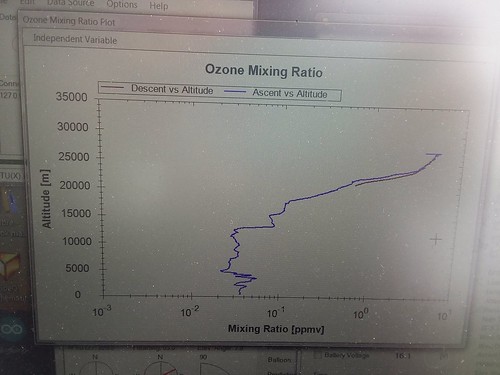 And on Tuesday night my friend Kelly and I tailgated at the Jen Hatmaker event in town, which was PHENOMENAL (both the tailgating and Jen). 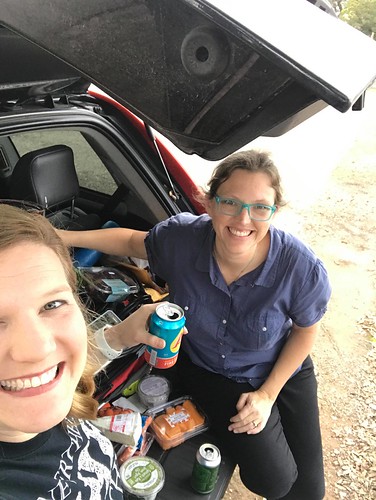 And and and! The kids all advanced in their Scout ranks at the Blue and Gold this weekend which means that Charley is NO LONGER A CUB SCOUT. They have a ceremony designed for maximum emotional gut punching in which the kid WALKS AWAY FROM YOU, over a bridge, and off the stage, but only after you take off their neckerchief. I cannot even THINK about this. Ryan and I avoided eye contact the entire time because we were both MOMENTS from full on ugly crying. Fifth grade is a ROUGH year, friends. 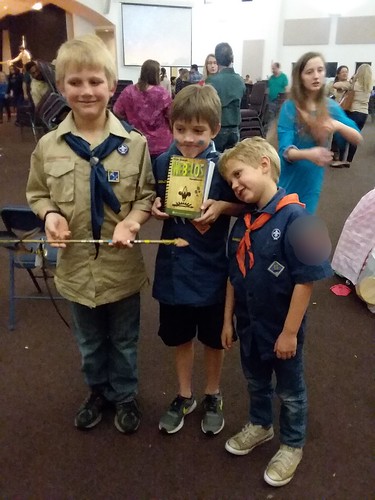 Ryan had a meeting tonight so I made an early waffle dinner and then we hung out in the living room together for an hour before bedtime. I took this from my position folding laundry by the fire, because it was such a cozy scene. 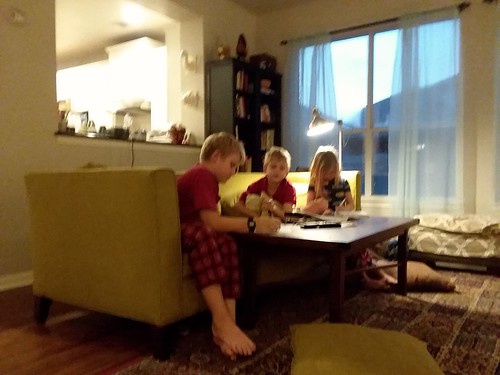 OMG - you are so cute in that fancy attire! : ) I love reading your blog and you have made me want to do crew so bad. I'm hopelessly middle-age-lady out of rowing shape, though, so I just continue to read and be completely inspired by all you do. : )