I have been getting way more exercise than normal you guys and when I get out of the car I make lots of involuntary grunting sounds and then have to hobble around for a few minutes before everything starts working again.  Our rowing coach last Friday decided that EVERY DAY IS LEG DAY because, duh, rowing is a leg sport and no one on our boat is doing it right.  It's gotten so much better, and Sunday I noticed new and welcome definition in my hamstrings, but dang, the grunting.  I thought a yoga class on Saturday (which was held at a brewery and was followed by beer) might help, but all those warrior poses seem to have worsened the problem.  So did the big trail walk I took last night with some friends (also followed by beers because you can buy a six pack at the Whole Foods downtown and then drink it on the roof deck and between that, the giant walk, and the little carton of food I got at the hot bar for dinner, GIRLS' NIGHT FOR ELEVEN DOLLARS). #thisis37

On Sunday afternoon I suggested Mary change out of her tights and corduroy dress to go play outside.  She balked when I produced a tshirt and a comfy pair of James's old sweatpants, because she is a DRESS GIRL through and through.  But then I pointed out that I was wearing workout clothes too and that we could match and she agreed.  And this may be a coincidence, but instead of primly riding her little pink bike in slow circles around the driveway like she often does outside, she was ALL IN with the street hockey game the boys were playing.  She was running around and passing the ball and LOVING IT.  Magic pants?  Dressing for comfort?  I always thought that leggings and a dress plus sneakers would be plenty comfy for running and playing, but maybe it is an attitude thing?  It was EYE OPENING.  More comfy play pants for the girl child. 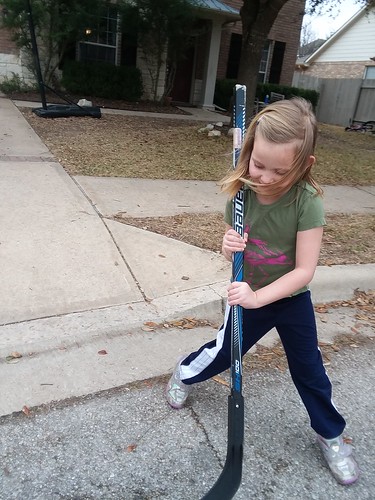 I realized I hadn't taken a group shot of them at church in a while.  I used to line them up all cute in the garden, but now I take a hasty shot down the row while we are waiting for everything to start.  Note Charley's dirty jeans.  I just can't even anymore.  WE WERE THERE!  +10000! 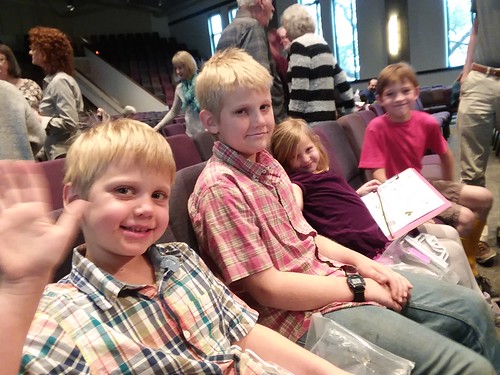 And then Wes got pissed about something silly and made this mask to show everyone how angry he was. 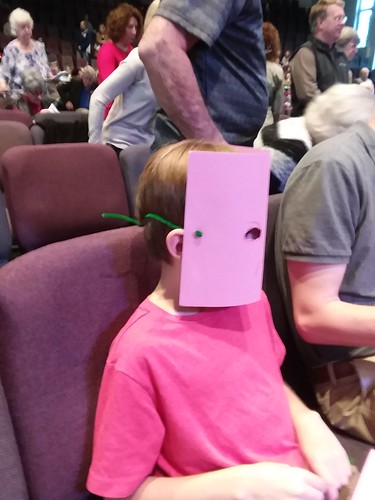 And then turned it into a superhero costume.  LOTS of paying attention happening here. 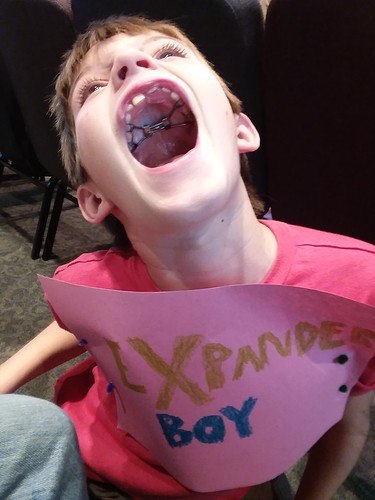 Saturday afternoon we tried doing that thing where everyone is in a funk so you see if maybe a change of scenery and something new might help.  A friend open adopted this kayak to us since he can't keep it at his apartment and we finally decided to take it out.  It was fun and it kind of helped the mood, but really it was just cold and gray and still pretty complainy.  When Wes had his turn he immediately paddled as far away from us as possible.  Apt. 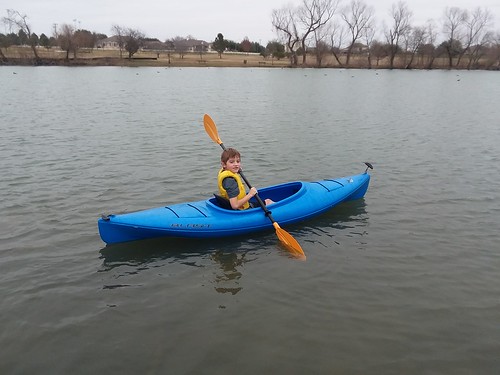 Charley wore the normal life jacket around the house the whole time we were getting the kayak ready to go and then when we got all the way to the park he said he'd left it in the garage.  Then looked at us with surprise at our exasperation.  So he got to wear Mary's tiny orange lifejacket. 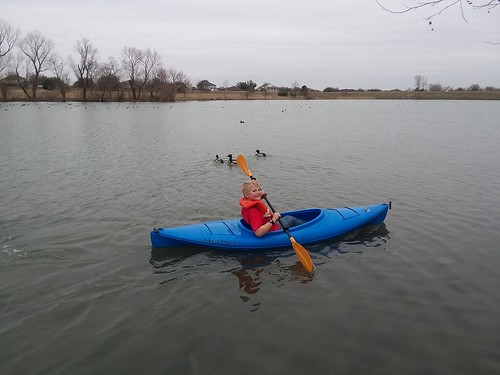 Mary didn't want to go alone but she definitely wanted to paddle, so she took me on a ride. 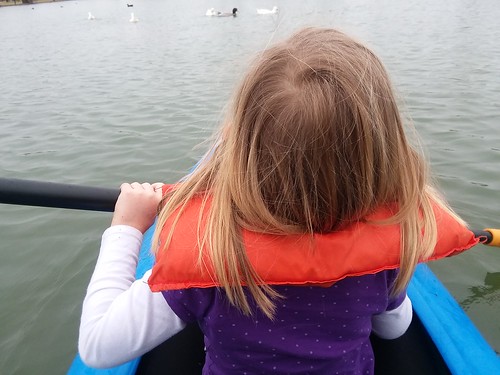 We are entering this strange phase where a kid is slowly supplanting my place as the Helper of Doing Things.  Here he is ably helping Ryan strap the kayak down.  This is an interesting new phase. 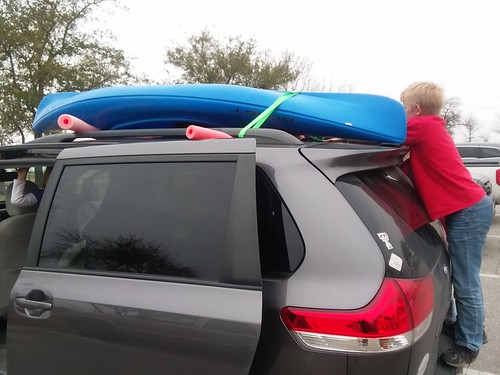 And now I need to get ready for work because despite my eager checking and rechecking, the academic calendar refuses to make today a holiday.  Womp womp.