Well! Isn't today an interesting day of contradictions! I made sure we had a King Cake last night, our last of the season, since today is Ash Wednesday. But then I woke up on this the first day of Lent and was greeted with a hug and a kiss and a box of fancy candy. I spent a whole ten minutes yesterday afternoon selecting the perfect thing for Ryan at the grocery store between school pickup, tutoring pickup, and going home to cook six dozen pierogi for the Scout international potluck. 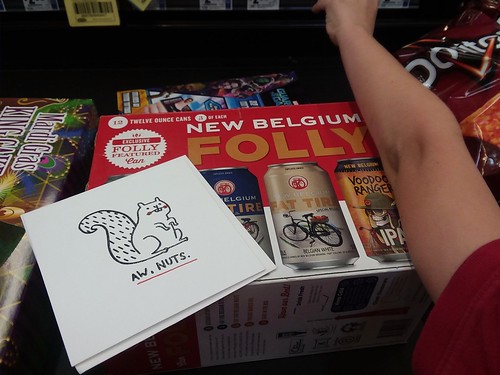 And tonight half of us will be celebrating Sunday's performance with the children's choir and the other half will be contemplating our mortality on the other side of the building.

Charley is missing his children's choir Valentine's Day party tonight because he is straight up AMPED to serve as the backup acolyte at the Ash Wednesday service. The director told him that even though there were no more open acolyte spots, he could still help take all the pieces of paper people nailed to the cross and help burn them in the back. I share his fascination with ceremony and ritual. Or maybe it's just pyromania. Probably pyromania.

The children have taken the dual nature of the day in stride. We always put a small box of three Russell's Stover (didn't there used to be four??) chocolates at each kid's seat at the table on Valentine's Day and today while they sat around eating them (for breakfast) Wes suggested they go around the table and "atone for their sins." Mary immediately piped up: "James, I am so sorry I stabbed you in the eye with scissors." I had almost forgotten about that special family moment!

(For the amount of goofing around, fighting, getting drinks of water, and going to the bathroom they manage to cram into a single hour-long church service, they really do cue into the darker parts of the liturgical calendar.)

Wes gave each of us a tight hug this morning, which was extra sweet since he can't seem to get along with James for more than seven minutes without starting a screaming fight these days. This morning he helped him read the descriptions of all the chocolates, gave him a big hug, and you could tell he was working so hard at being patient and kind with him. It is a struggle, sharing the middle kid status with an boisterous and incredibly intelligent little brother that has LASERLIKE precision when it comes to driving Wes up the wall. Once, James couldn't stop saying "What are you gonna do with your life?!" like the dad at the beginning of the Twisted Sister video for "We're Not Gonna Take It" because we are awesome parents. It was making Wes INSANE. Wes was out in the garage with Ryan and James popped around the corner, looked right at Wes, and said loudly "WHAT ARE YOU GONNA DO WITH YOUR LIFE" and Wes FLEW across the garage in a horizontal position and took James TO THE GROUND. Ryan said it was like something out of a movie.

UPDATED TO ADD: I had lunch with Ryan today and now I have the whole story about why Wes was working so hard at being nice this morning. HE GAVE UP FIGHTING WITH JAMES FOR LENT. Whether this is an entire Lent commitment or just an Ash Wednesday commitment was unclear.

As for me, I toyed with the idea of going vegetarian for the month, but never mentally committed. Clearly that is off to a roaring good start. 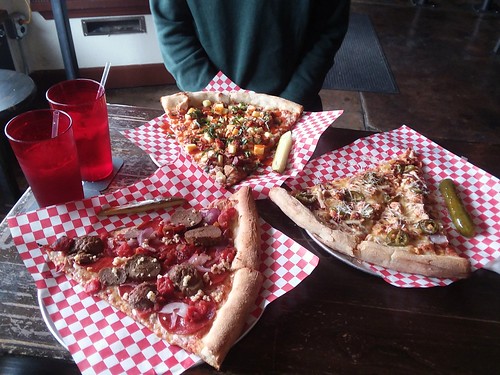 Perhaps I should give up making commitments of any kind instead?
Posted by Becca at 1:49 PM

Has a guy ever given you mixed signals?

One minute he’s crazy about you and the next minute you have no clue if he ever wants to see you again?

And it’s especially hard when there’s something special between you and you have no idea what went wrong.

I assure you it’s nothing that you did.

In fact, he may even care about you a great deal and still not be able to stop himself from acting this way.

But why does this happen?

There’s one BIG reason why men do this...

And I discovered this eye opening video that will shed some light on this bizarre behaviour.

It all comes down to a missing “secret ingredient” that not one in a thousand women knows about...

And it’s the biggest factor that determines whether a man just “likes” you...

You see, this “secret ingredient” is so important to a man that no matter how attracted to you he is, or how strong your chemistry is...

If it’s missing, he’ll never be able to truly give his heart to you...

And he will always have an unshakeable urge to seek out a woman who has this one “secret ingredient.”

On the other hand, when you know this powerful “secret ingredient”...

...you won’t believe how effortless, passionate and bulletproof your relationship can be.

Trust me, this is going to blow you away.

Discover it here: ==> Men fall in love with women who have this “secret ingredient”