More cataloguing of the mundane

I didn't know this about myself, but apparently after Christmas I no longer have any use for the things that seemed so wonderful before, like jeans and sweaters and boots and daydrinking. It has been not warm all week long and I keep throwing on a dress and tights (because of the winter shaving situation only, not because I am dressing for warmth) and running outside without a coat on only to be surprised and disappointed every time that I am horribly uncomfortable. Yesterday I wore Birkenstocks all day and I was FREEZING. Not today. Today was one of those weird days where it gets colder all day instead of warmer so I wore jeans and a tshirt with a fleece and WOOL SOCKS AND BEAN BOOTS. Much better. Yes, I know it is February. We haven't had winter in three years, so you can imagine it has come as kind of a shock.

It would seem based on a quick check of the archives that I lost the ability to weave a single grocery store poop diaper into a thousand side splitting words of hilarious oversharing and that all you are left with are half-hearted recaps with a bunch of phone pictures. Or maybe it's just that no one really poops in their pants around here anymore. Almost never! And sometimes the hilarious things can't really be shared publicly. The only thing I will mention is that a couple of weeks ago someone in our family attended an all-weekend human development seminar and after that happens you have really crossed a line. The line between normal families and families in which you can converse at length with one of the children about IUDs.

And NO ONE wants to hear about that, right??

AND NOW FOR THE BREEEZY RECAP FULL OF PHONE PICTURES.

Mary let me choose her clothes this morning, which she never lets me do, probably because my choices are always WAY LESS PINK than hers. I have a thing for practical jeans and sweaters. Today I tried to honor her style by pairing her Superman tshirt and leggings with a flouncy gray tulle skirt she loves. Then I pulled her hair into what she calls a "rowing ponytail." We were both pleased. 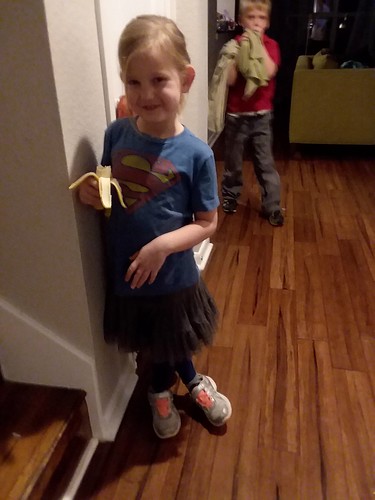 She was feeling very mature and went to the kitchen to make a peanut butter and banana sandwich, that she gave to James. It was quite a nice morning (probably because we let Wes awaken slowly by watching a soothing video of a cat nursing ten kittens instead of playing marching band music at top volume outside his door. I should really get around to writing a parenting book someday). 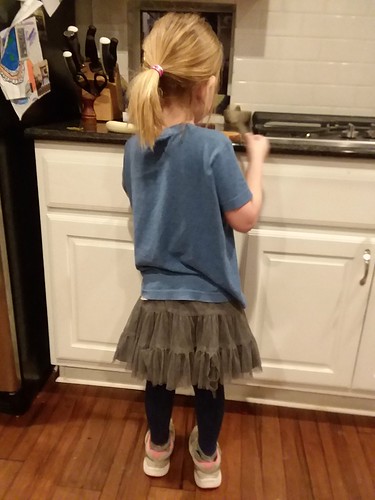 I rowed in a race on Saturday morning called the Winter Warrior. The race itself is 8K, the whole length of the lake. You also row down to the start and then back to the boathouse at the end, which means you row the whole lake twice for a total of 16K. It was SO HARD. But it felt SO GOOD. Someone got an awesome picture of us as we went under one of the bridges. It was truly the perfect day for a race. I even got to see the kids, who were lined up (in a weird coincidence) on another one of the bridges for a Scout parade that was happening at the same time). 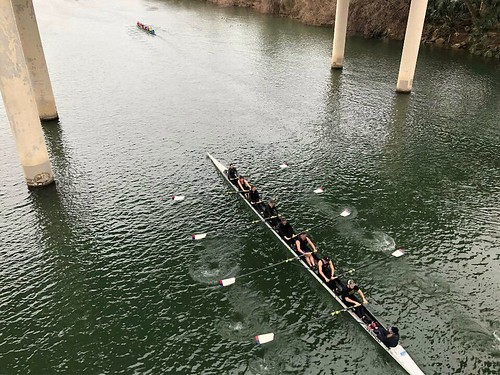 I like a sport you can do in cozy woolen socks. 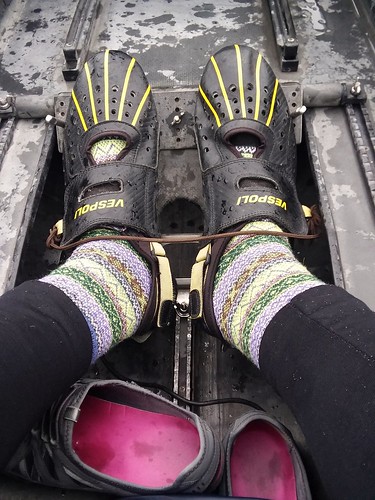 Pre-race selfie: feeling strong and excited! Let's do this! Post-race selfie (not shown): Similar, but more blotchy and exhausted looking. Plus side, after we put our boat up someone from the men's eight handed me a Guinness and a breakfast taco. Athletics are the BEST. 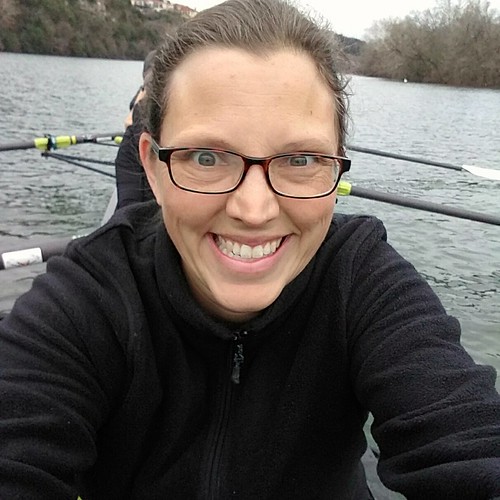 In case any of you were wondering re: the status of my housekeeping abilities. 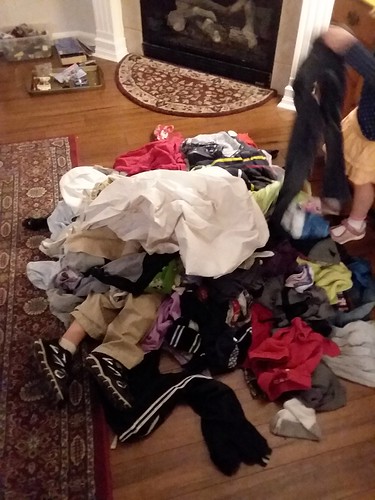 Friar Tuck was an acolyte for the fourth Sunday in a row this weekend. He loves it and is also in a friendly competition with his friend Sara to see who can get the most beads on their cross lanyard. Since you get two beads for being the First Acolyte on Communion Sundays, this was kind of a big deal. Plus he really digs the robe. 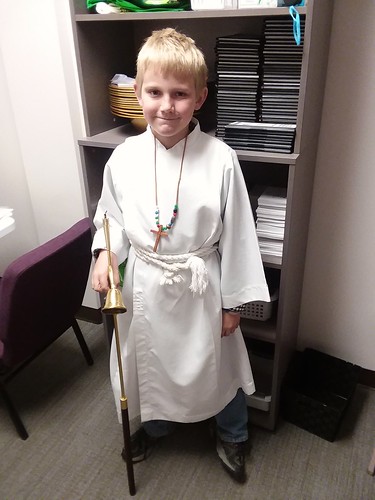 The younger kids and I had to wait on a playground for a while on Saturday while Ryan and Charley attended to some Scout business and James wanted me to take this picture of him being ferocious. 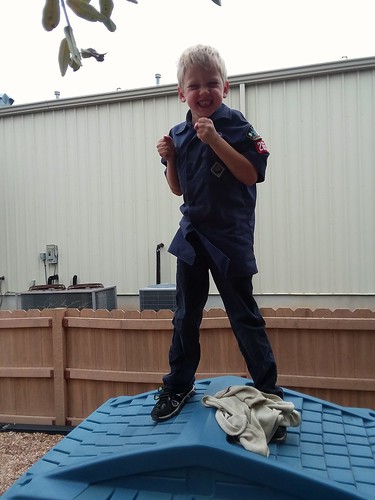 I was back on the lake Monday morning for our usual practice. It is hard to take gym pics when your gym is a lake before sunrise, but the skyline all lit up is so pretty I keep trying. I have about a million of these. 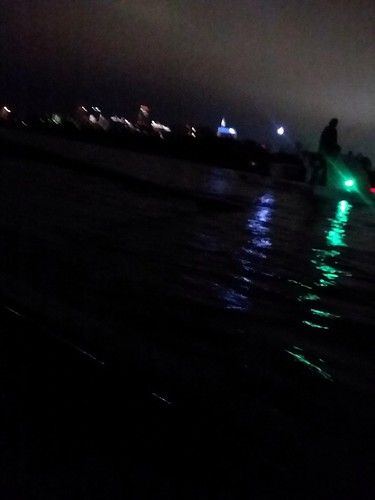 Mary and I made meatballs for dinner tonight and as usual she was chatting away happily as she stood on a chair at my side. I giggled when she started to tell me about her day (we sometimes share "Amens" which are good things and "Aw mans" which are bad things) and said "My 'aw man' for today is--WOAH" when she finally looked down and saw me mixing the meat mixture by kneading it with my hands. Then she joined in and declared it "cold and disgusting." The directions suggest using a potato masher, which, have you ever tried to wash a potato masher? I save mine strictly for maiming intruders.

This seems like an abrupt way to end this, but I was annoyed about something petty when I left work this afternoon and declared that I would not be taking my power cord with me as an act of defiance. And now my battery is getting low. I SURE SHOWED THEM. TOMORROW IS WEDNESDAY (abruptly and loudly starts sobbing).
Posted by Becca at 6:45 PM

You've got it here. All of it.