It's the most photo-essay time of the year

It's the LAST WEEK OF CLASS, BETCHES. You know what that means. I pick Mary up off the playground when it is dark and then go home to feed the kids an ill-thought out dinner of junk from a bag before settling into the couch dent with my laptop until it's time to collapse in bed in an exhausted pile of defeat. Ho ho ho!

They warn you that this will happen, and it is such a cliché, but damn it if the kids didn't all grow like six inches in their sleep last night. I was literally *startled* when a fully grown man walked out of Charley's bedroom today. 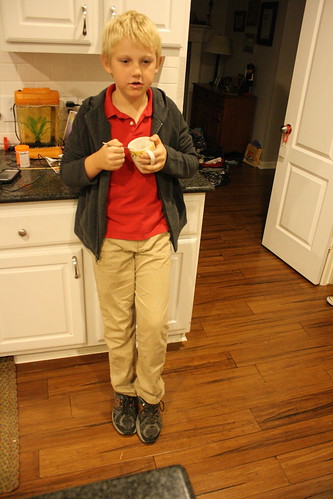 They looked even more like a quirky pack of urban roommates from a nineties sitcom when I came downstairs to find them all eating cereal out of cups this morning. 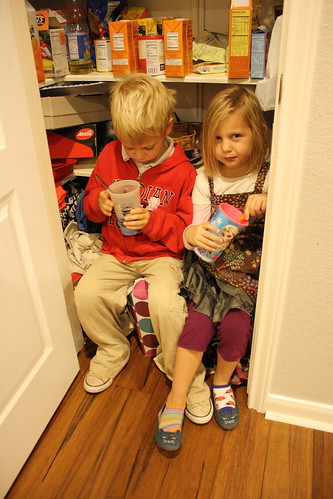 Not only are they eating cereal out of cups as if they were raised in a barn, they are also sitting in their favorite breakfast nook, the pile of swimsuits and towels that lives on the floor of the pantry. #nailedit #homemakeroftheyear

Major accomplishments for the weekend include Christmas Jammies, 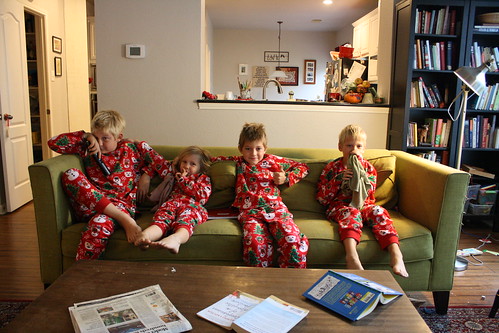 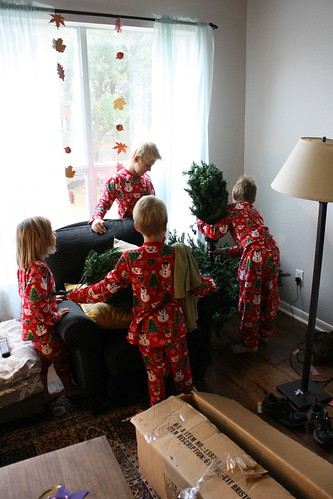 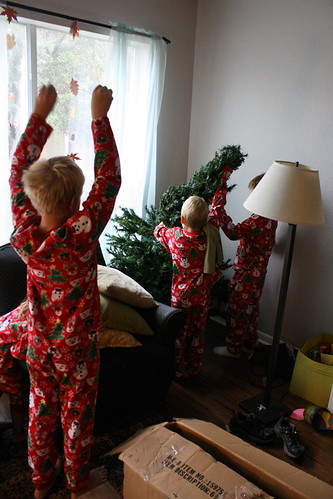 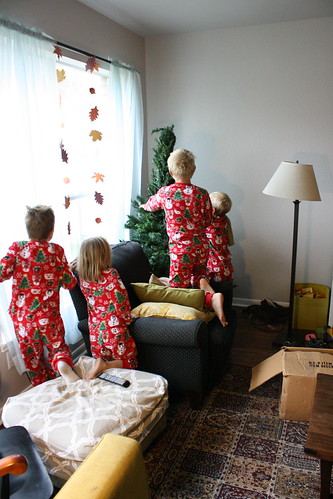 Stockings were hung by the CHIMNEY with care (we have not had a chimney in previous houses). 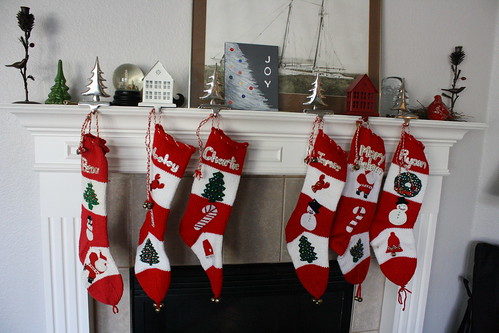 Santa was visited. This year with no freakouts, sadly. 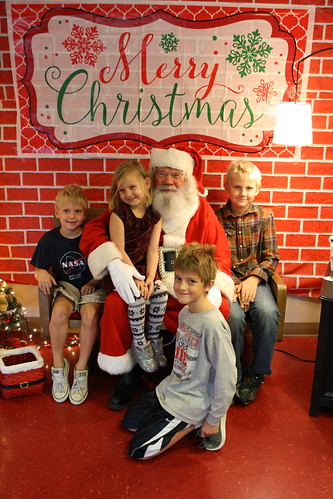 Santa: Would you like to sit on my knee, buddy? Wes: No thanks.

And the nativity scenes have been arranged into ever more imaginative configurations each day. 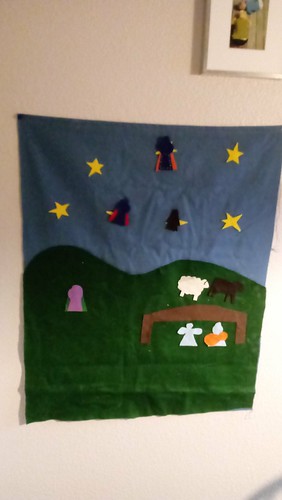 Here we have the same-sex Holy Family cradling Jesus while the Three Kings look on from space. Not exactly historically accurate, but who's to say? 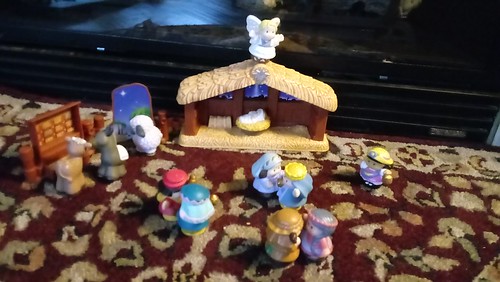 And here there appears to be some kind of party or dance going on while Jesus sleeps alone in his manger. This is how Mary (our Mary) experienced infancy, so I am not surprised to see this.
Posted by Becca at 2:01 PM

You are rockin' it! Love the creche scenes...btw I saw a cute vid that I will repost. It's an excellent version of Bohemian Rhapsody that tells the Nativity Story. So sweet...with puppets.