I started this Facebook post and then realized that I have a bit more processing to do on this subject than would be courteous on Facebook.

In exactly one hour and thirty minutes my (five foot tall hundred pound) baby will have ONE SEMESTER remaining in elementary school. (I will process Mary's matriculation into ELEMENTARY SCHOOL another time. ANOTHER TIME DAMMIT). This...came as kind of a surprise honestly.

Next year we will have a middle schooler, three elementary students, and ZERO PRESCHOOLERS.

Mary will be starting kindergarten in the fall, just two days after her fifth birthday (we wanted the kids to all be two years apart in school #precisionfamilyplanning). Do you know what happened when Charley started kindergarten? Mary happened. I looked at those two tiny little boy faces in my house, recognized that time passes altogether too quickly, and that they would also one day grow up and leave me (for kindergarten, we are still talking about kindergarten) and decided that there was time for one more. I am so glad we made that choice (obviously). And now she has grown up and is leaving me. But of course she already has because she has been killing it in Montessori school since she was eleven months old, which is both different than I originally imagined and the best possible thing that could have happened for our family. 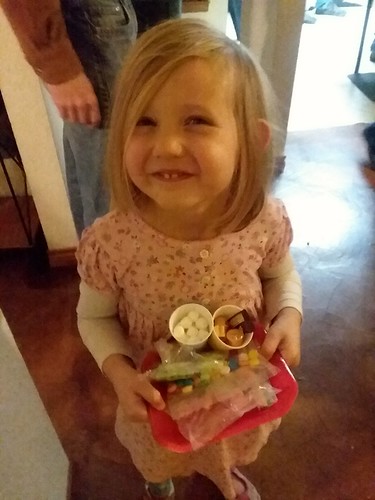 Will always be #fourthbaby to me.

Anyway. Charley is ready (intellectually and in body size) for middle school and Mary is dying to go to kindergarten almost as much as I'm looking forward to filling her room with tiny pleated skirts and jumpers and Mary Janes and kneesocks (as much as I love all the #princesstulle). I usually handle these transitions with excitement and I am excited, but dang. This one feels bigger somehow. Good thing I still have like eight months to get used to the idea.

In completely unrelated news, since you should always dress for the job you want to have, I apparently want to be a grad student, a tenured professor, or a vagrant. 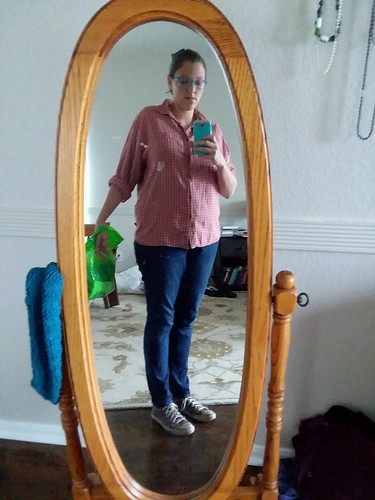 I came home after that last post and admitted to Ryan that my phone's screen had gotten so bad that it was not really useable and he went upstairs and returned with a wrapped Christmas present. A new phone. An indestructible case. And screen protectors. He is the BEST.

I used it to take this flattering picture. 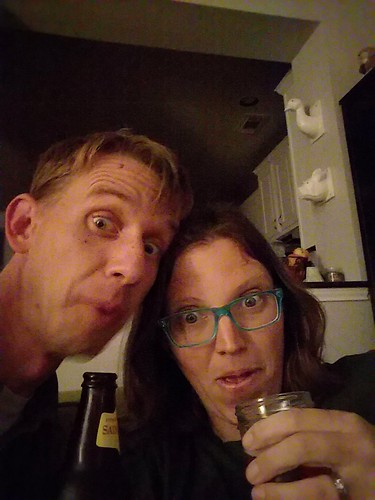 Had to do our semi-monthly kid shearing inside this time because it was freezing and raining outside. 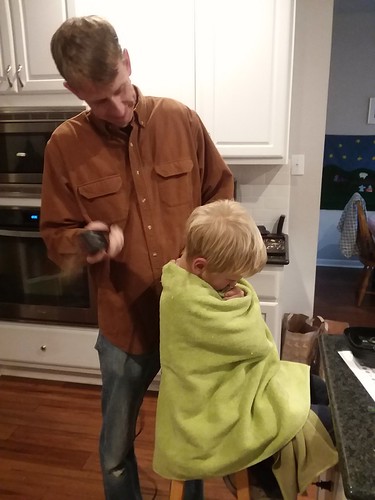 Went to my boat's Christmas party on Friday and those rowers CAN COOK. 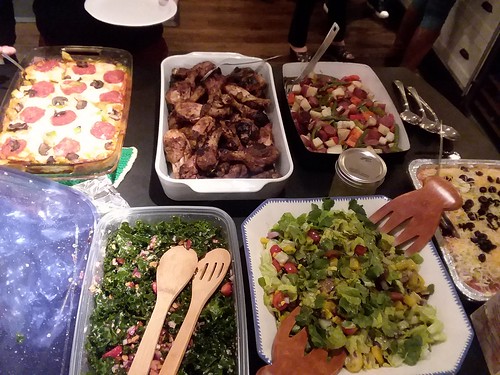 And I will leave you with this video. If there is anything more unselfconsciously cute than a nine year old, I can't imagine what it would be. 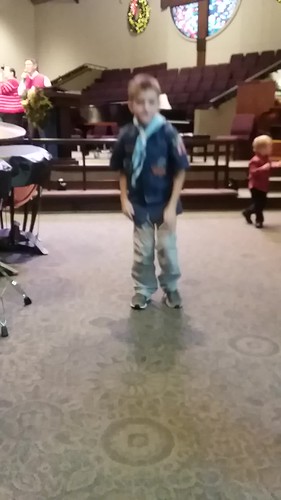 So glad to see another post. I love reading about your family, activities, work, etc. Happy Holidays from a 'virtual' friend.