We are squarely in the middle of Christmas Break and we have settled into an impressive routine of sloth and overeating that is going to be difficult to break once school and work start in approximately eighty-seven years.

This could be a short post because it is officially Too Cold for Texans outside so the children are blowing off steam by running in shrieky circles around the first floor. Dining room, kitchen living room, foyer. Around and around and around until either I scream at them, turn the TV back on, or have to take someone to the emergency room. All fantasies about living somewhere with seasons have been suspended indefinitely.

Yesterday was balmy and in the fifties and the kids were similarly restless and terrible so we decided to go hiking. Because Ryan knows how to get me to agree to getting in the car with the crazed honeybadgers, he suggested the trail whose trailhead is across the street from a taqueria.

Update: they are throwing a pair of Mary's undies back and forth and screaming "UNDERPANTS POWER!!!" and wrestling each other to the floor. Sadly, I forgot to buy rum for the rum balls I wanted to make for the NYE party we are attending until it was too late. 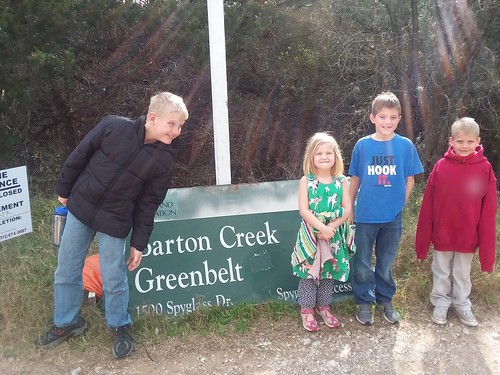 It has been a dry fall, so there was no actual water in the creek, but that didn't stop the kids from getting distracted by the dry creek bed and then complaining when we asked them to come back to the trail so we could go for an actual walk.

We had a really nice walk. Built some forts in the woods. Endured an inhuman amount of complaining. Played with a snail. 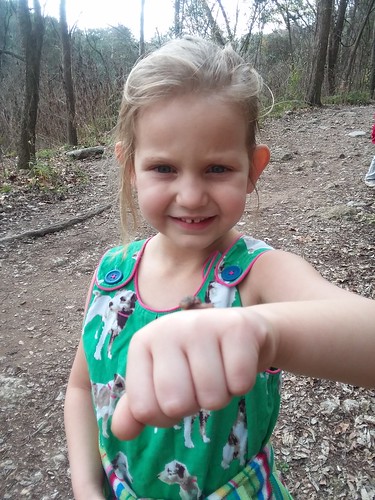 And then had a nice taco lunch and headed to a playground we had promised the kids we would go to. After an hour or so of playing we decided to go to this urban graffiti park I've been wanting to check out. We found the place easily, but got stuck in two separate mini traffic jams where no cars could move in either direction and I had to back down the street and around the corner. Finally retreated and found a spot a few blocks away and we walked back over. I was feeling a lot of pressure at this point since it was all my idea and we'd already done so many fun things that day. We really could have gone home and called it a really good day, but we took the kids to an abandoned three-story concrete foundation covered in graffiti because I wanted to do it.

The website for the place said you have to have a pass to paint on the walls, so I had told the kids we were only there to look at the art, but when we walked up someone handed Wes a can of blue spray paint and before I knew it he was writing his name on a fence. 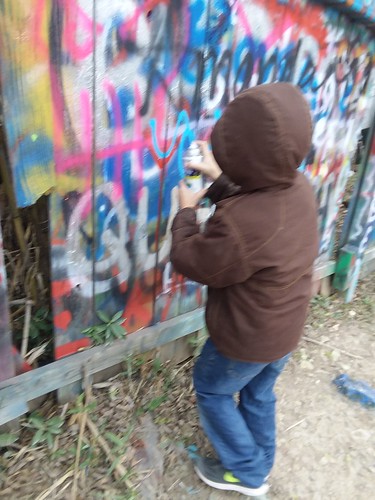 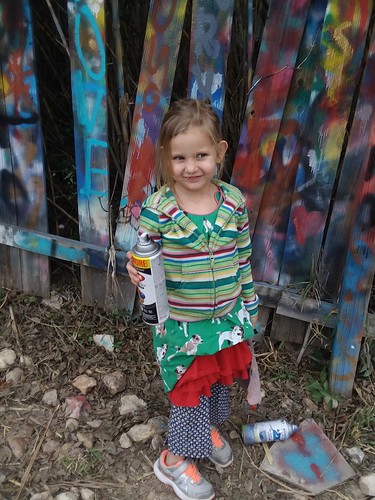 The kids all found paint cans they could still use. As I said to Ryan, "Of course you don't have to pay. Of course there are no rules. This is Austin. It all makes sense now." 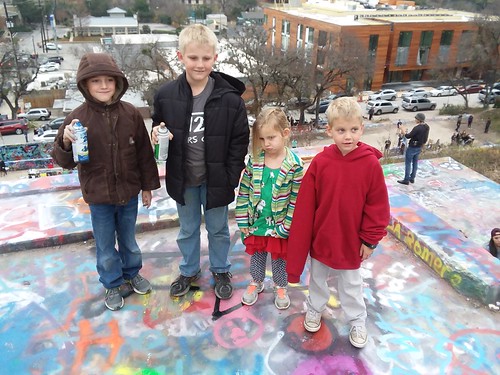 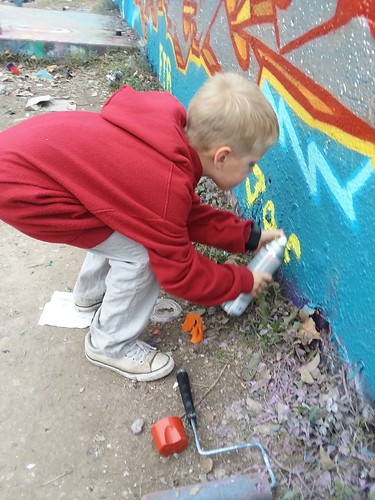 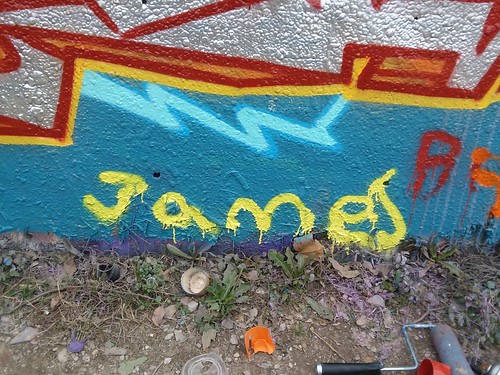 When we got home the kids were so exhausted they sat on the couch staring at the TV without even turning it on. We slapped together some dinner and got everyone in bed before eight.

(The kids have moved upstairs to make a fort in the family room. It is noisy, but it is not right next to my head, which is where James was standing loudly smacking a piece of watermelon gum before I glared at him with the eyes of death).
Posted by Becca at 9:33 AM

OMG. A spray paint park sounds AMAZING! I love it!

Always love your posts, all year 'round. It's hard to leave comments here because apparently I really am a robot, and I usually give up, but this one makes it worth another try. Keep raising those honey badgers, and understanding the difference between weather and climate, for those of us who understand it, and especially for those who don't.