Halloween and a birthday last week!

I asked for colder Halloween weather and BOY HOWDY DID TEXAS DELIVER. It was about fifty degrees when we set out for ToT, but at least it had stopped RAINING. I made veggie chili (homemade, only because I can slap it together with my eyes closed) and apple cobbler (from frozen) because this is how I mesh my Pinterest vision of how holidays should look with the realities of working until 4:30 in the afternoon and having to stop at the store for zombie makeup. No one was really interested in dinner anyway once the doorbell started ringing, so we slapped on their costumes and ran out. Charley was a centaur. This might be my favorite costume request of all time. 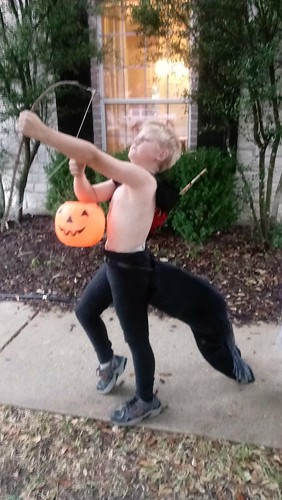 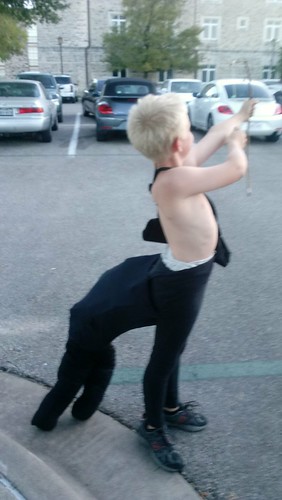 (Other than this one of course, which was taken just a few days before Charley was born. We were Brittany and K-Fed. It was very topical in 2006) 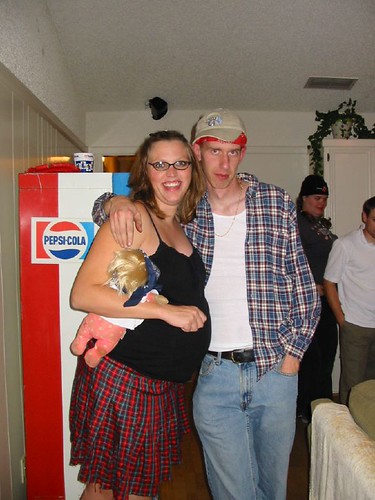 We also had Elsa and a zombie doctor. They were out of zombie makeup kits at the store so James is wearing a Wet n'Wild shade called "Goth" on his lips and some black eyeshadow around his eyes. I used an eyeliner to draw scars, also came in handy for drawing a six pack on the centaur. I was quite proud of my handiwork given I haven't worn makeup since the first Obama administration, and only occasionally even then. 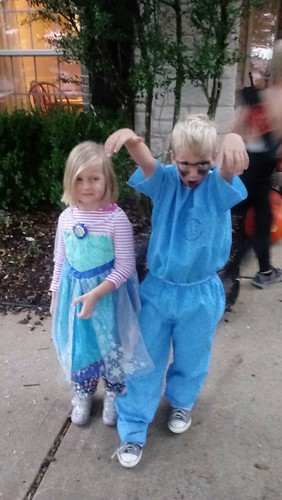 And Wes wore a size 5 racecar driver costume and his roller blades. He looked amazing. 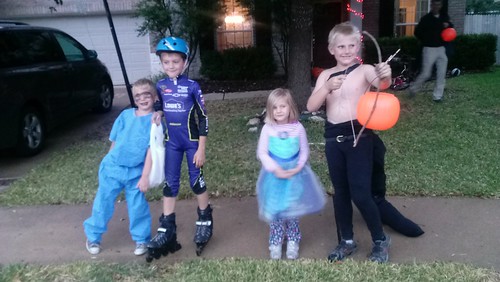 Despite all of us being dressed for much warmer conditions, we stayed out for nearly two hours and hit every house in our corner of the neighborhood. It was a subdued affair, given some of our recent past Halloweens, after which we woke up to find mysterious upholstered furniture on our lawn and a car full of juice boxes and hot dogs, but I blame the weather and the fact that it was a Tuesday night. It started to rain right at the crack of 8:30, which meant no annoying kids ringing our doorbell while I nursed an ice cold Pumpkinhead in front of the fire while watching Call the Midwife. Perfect evening. 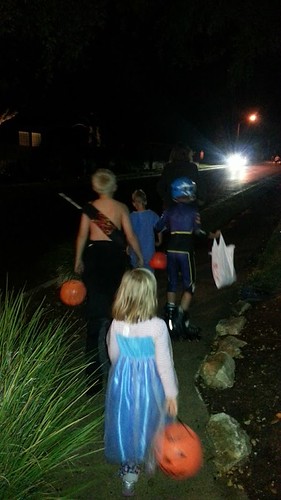 It was eighty-five the day after Halloween. Sigh.

Other exciting things that happened this week was Charley's birthday!!

Before we get to all the pearl clutching about the fact that I have AN ELEVEN YEAR OLD, behold the cake that sent my entire day into freefall. We're talking ACTUAL TEARS. 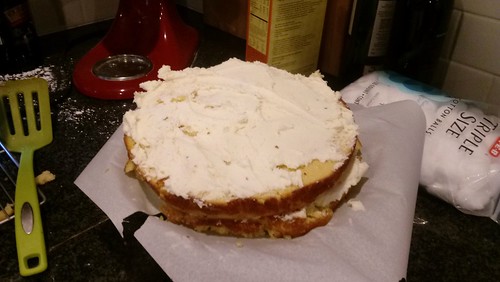 Stupid cake looks stupid. Looked much improved after I dumped a ton of half and half into the mixer and thinned out the remaining frosting, which somehow made enough to make it look sort of respectable.

LATER, I forgot to buy broccoli for the broccoli-cheddar turnovers I wanted to make him and I refused to pay ten bucks for a thing of puff pastry at Sprouts and instead bought some refrigerated pie crust, which turned out to be incredibly hard to work with.

But maybe what I was really freaking out about was that Charley. Is. ELEVEN. 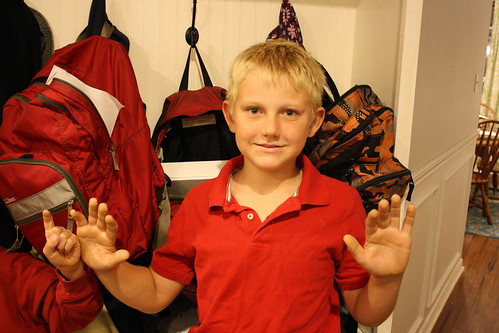 He is so tall that Mary thinks he's an adult. 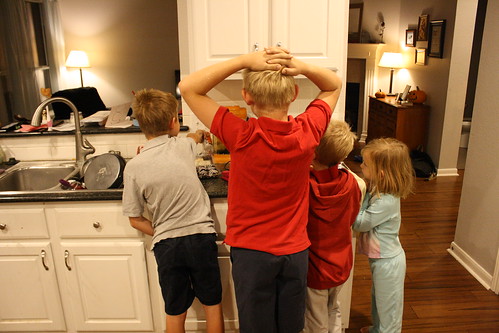 He is smart and clever and SO WITTY. It is sometimes hard not to laugh at some of the biting 35 year old sarcasm that comes out of his mouth. Sometimes I don't even try not to laugh, honestly.

He's been riding the same bike (which was Ryan's childhood bike) for several years, so it was time for an upgrade. 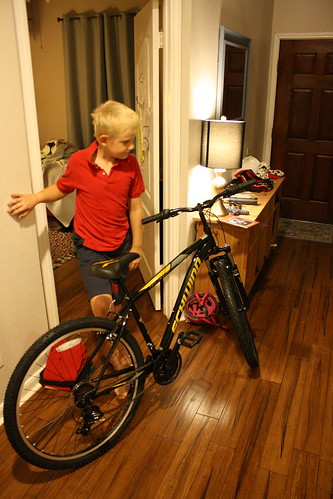 We also gave him the next Heroes of Olympus book and a tea mug he adores that makes it look like the string of your teabag is Benjamin Franklin's kite. He is such a quirky lovebug.

This weekend was Charley's first campout with the Boy Scouts, who in contrast to Cub Scouts, set up their own tents, cook their own food, chop their own firewood, and start their own fires. This is a happy man-child. 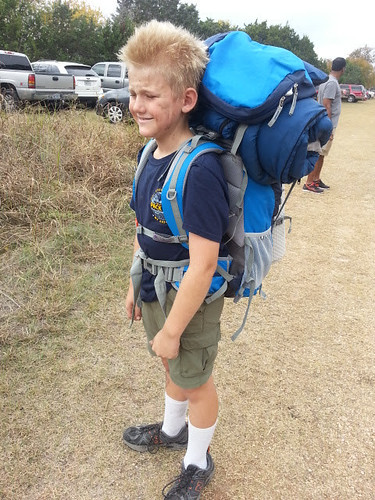 Who is eleven. In other news, our porch still looks this janky. 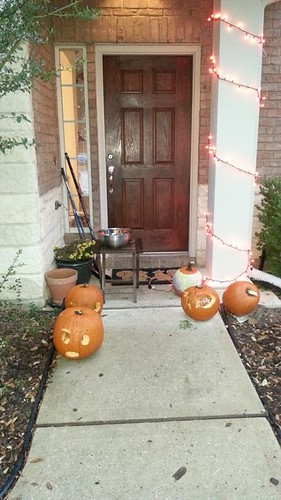 And the kids made a Dio Des Los Muertos Offreta for our dog, Rossby, in my living room. I love them. 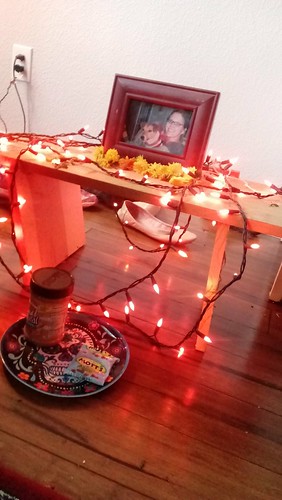