The Midwest always makes me so wistful

Just back from a fabulous girs' weekend in a gorgeous college town in Minnesota where I was attending a workshop on teaching Matlab in the sciences (pushes glasses up nose with index finger).

It seems that every time I visit the midwest I fantasize about buying a ramshackle old house in town and filling it with be-sweatered children and possibly a golden retriever.  I imagine myself sipping a steaming cup of coffee from an earthenware mug, looking out a window as Wes winds a hand knit scarf around an adorably lopsided snowman before gathering my cardigan around myself and returning to my sunny alcove to work on my Very Important Academic Job.

Nowhere in this scenario is a foyer filled with freezing water melting off a haphazard pile of boots and mittens.  Or scraping off a car (in my fantasy we don't even need a car).  Or a child who can't possibly remember to bring a pair of mittens home from school each day.  Or month after month of dark, cold winter and the fact that "salsa" in that part of the world is mass produced and comes in jars and they've never heard of breakfast tacos.

The mitten thing is particularly daunting because we can't get through a summer without someone punching someone else over the good pair of goggles.

But it was nice to live my little fantasy for a few days.  I visited one cozy restaurant called "The Tavern" three times in two days.  Same for a coffee shop I enjoyed.  Went there four times.  HOT APPLE CIDER you guys.  It was MAGIC. 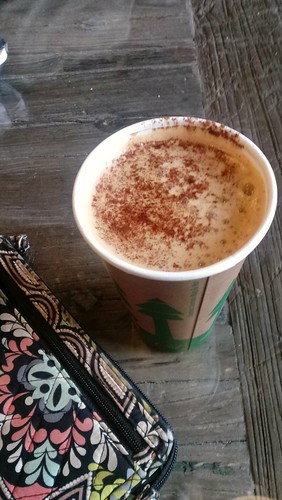 Other things that were so beautiful I wanted to eat them? This town square, 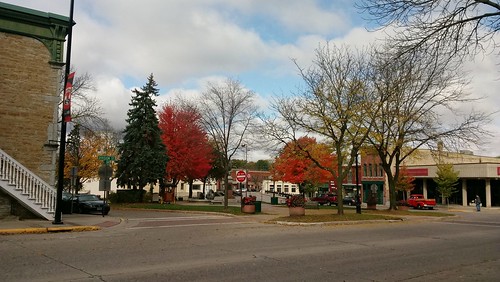 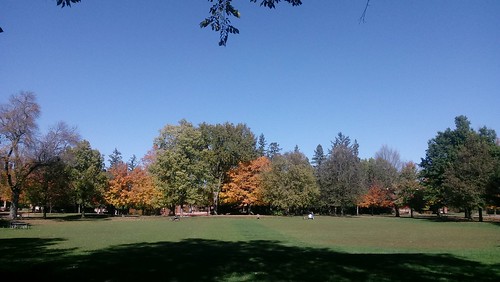 And then I realized I had to stop taking pictures of trees because I looked kind of ridiculous. Not as ridiculous as when I walked to the post office and MAILED THE KIDS AN ENVELOPE OF LEAVES though. The woman working the desk couldn't stop laughing, in a good natured way.

Ryan, also a scientific computing nerd like me, stood in the kitchen in the MATLAB hat I brought him (that he treasures) and looked a bit disappointed when I described the trip in terms of HOT APPLE CIDER, COZY PUBS AND SCIENTIFIC DISCUSSION OVER BEERS, TREES THAT ARE RED AND YELLOW, THE CAMPUS IS BEAUTIFUL, I BOUGHT SOME YARN AND STARTED KNITTING A COWL, THERE WAS A FREAKING *RIVER*, YOU KNOW WHAT I MEAN?

Then I remembered myself and talked about Live Scripting and how you scaffold Matlab instruction and interesting places to get datasets and the kinds of work other professors are doing with their students.

And then I fell asleep and we woke up over an hour late to a glorious fall morning in the mid-forties.

ALSO ALSO in Minnesota I got to see my college roommate and dear friend, S!!!!!!! 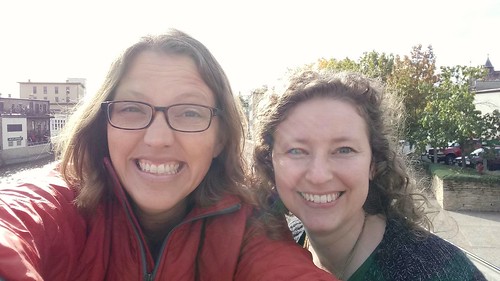 We spent several hours filling each other in on the last more than ten-ish years of our lives since we tearfully hugged on the front porch of the house we shared when she moved to an apartment just before Ryan and I got married (Ryan joked that she could live with us after the wedding, but she politely declined). We laughed about how it felt like an ugly breakup and wondered how often it would be appropriate to call each other. We reminisced about "crap food night" when we would sit on the couch with a tube of cookie dough and a one-pound bag of M&Ms and watch girly movies together and the times we borrowed her mom's Mustang convertable and drove around the city drinking Route 44s and listening to rap music as loud as we could stand #self-care. She has lived abroad and completed a masters degree, I finished grad school. We have a combined SIX children. But it was somehow, magically, as if no time at all had passed.

I could have moved right in to Minnesota (like literally, I found my dream house and a church I could walk to, made peace with the fact that I'd have to grow my own cilantro in some kind of indoor greenhouse), but I sure missed these jokers. 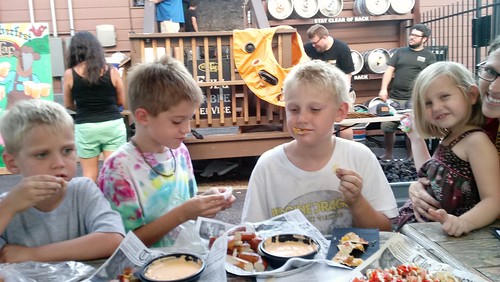 Oh my goodness, please tell us where this seminar was held and the name of it! I desperately need to figure out LiveScripts.