It is Fall Break this week, and it's strange because I have spent the first decade or so of parenting dreading school breaks because the disruption in routine used to turn the kids into total monsters. But this is a new bizarro parenting world in which I *look forward* to school breaks because DID YOU KNOW CHARLEY'S ONLY GOING TO BE MY WITTLE BOY FOR ANOTHER SEVEN YEARS??

Monday we sister wived it up starting around lunchtime when two of my friends brought their kids over and we made peanut butter and jellies and baked cookies and took turns running various errands while the kids totally destroyed my front yard/the entire culdesac.

How wholesome is THIS? 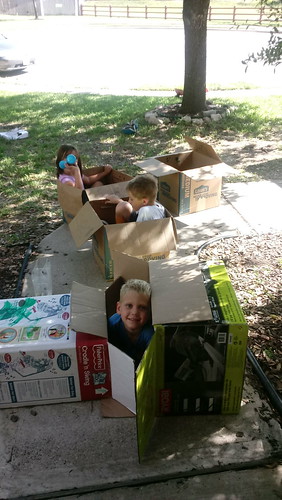 And then yesterday was the day we had decided to take them to the bouldering gym, one of our favorite holiday break family outings. After checking in and getting our shoes (why do kids drop straight to the floor to put their shoes on directly in front of the counter instead of taking them to a bench? Cracks me up every time).

They started out in the little kids' room. 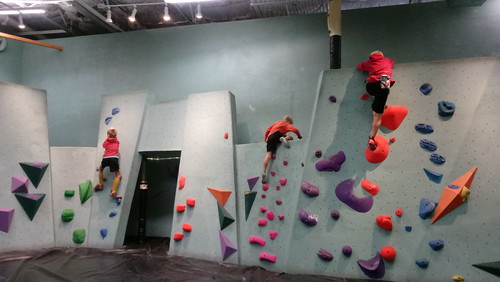 Then moved on to the medium kids' room. 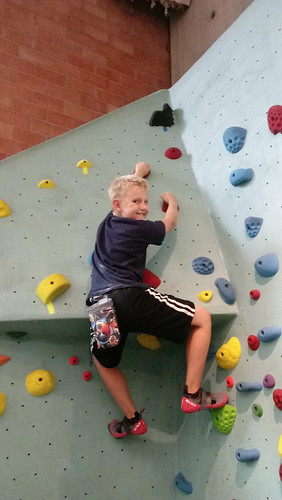 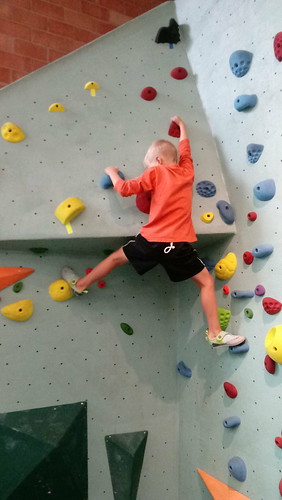 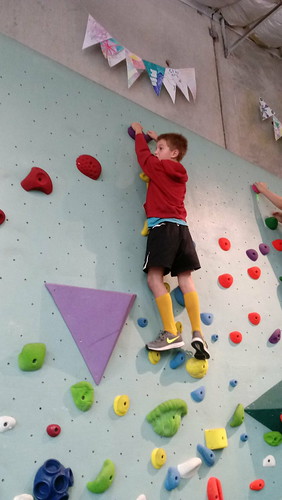 And then everyone got hungry, so we ate our picnic in about five minutes then got back to climbing. They started to run out of gas after an hour in the big kids' room. 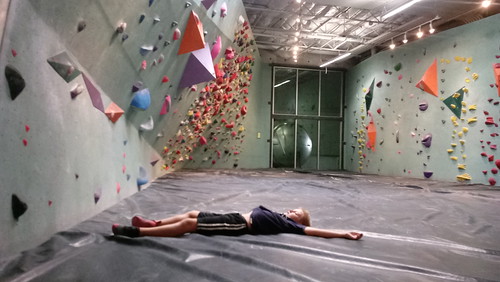 We weren't supposed to go to the adult side because you have to have only two kids for every one adult, but they were really dying to try some of the harder routes, so I had them take turns going on the two routes that were right next to the kid section while the other two kids waited with me. We were hedging the rules like this when one of Charley's teachers walked up! After a few pleasantries I explained what we were doing and he offered to take the kids into the adult room with me and then spent an HOUR showing the kids around and teaching them things. 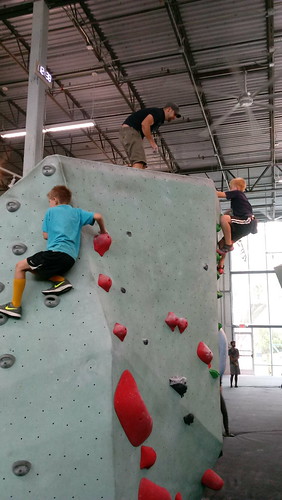 Such a nice guy. And a great climber. We love our school. 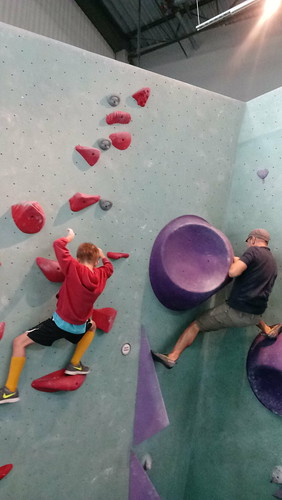 I gave Wes my camera to hold while I climbed up on top of one of the boulder top outs and he took a whole series of pictures and videos that SERIOUSLY tested my commitment to having the mom in front of the camera. I mean. I was already feeling QUITE self-conscious climbing in front of the super cool teacher guy, no matter how much I reminded myself that I was already pretty cool for taking the kids to a hipster bouldering gym on the east side in the first place. I really wanted to do some more climbing before we left, especially since I was finally allowed to be in the big people climbing room, so I went for it. 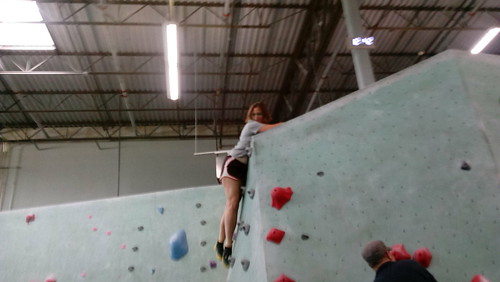 Naturally I couldn't find the foot holds on the way down and had to dangle there like a helpless whale for a while before I figured out. So glad that was captured on film.


I'm so glad I did, because a few minutes later the teacher took them to this really hard purple route and after giving Charley some advice and encouragement, Charley DID IT and got all the way to the top. It was amazing. I was inspired, so I tried the same route and DANG IT WAS HARD. I was halfway up when I remembered the sign I'd seen on the way in that said "Floor mats will not protect you from serious injury and death." I was about to climb back down, but Charley was at the top encouraging me and I had some weird need to prove myself, so I gave it another try and made it. At the top Charley said to me "I was going to give up and get really mad and wreck everyone's day, but instead I tried again and I MADE IT."

After we left the kids talked me into going to this hipster Japanese-themed café nearby that we like (which was not very hard because it's one of my favorite places). 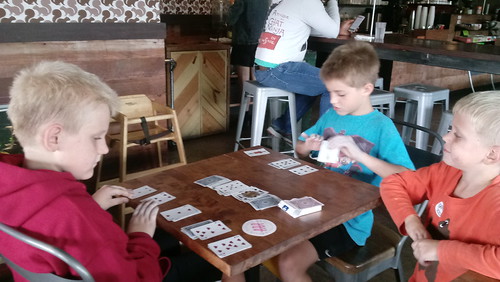 And this is the scene I returned to after running inside to pick Mary up. 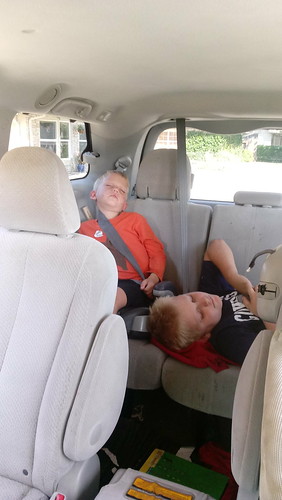 Mission accomplished!
Posted by Becca at 7:29 AM

Oh. I nearly cried reading Charley's sweet insight! "But then I tried again and I MADE IT!" Love so much.

Also, you look fierce in your picture. I didn't realize you were dangling until I read the caption.