It's been a bit quiet around here as I have been dividing my time between wading through a hundred years of precipitation data for the entire state of Texas, teaching my classes, half-assing dinner, and turning two pairs of ladies' workout pants and an ancient Banana Republic tshirt into Charley's Halloween costume. Let me tell you, you have not lived until you have shoved fourteen pounds of cotton-spandex blend, a large chicken wire cage, and an entire bag of cotton batting into a nineteen seventies sewing machine. 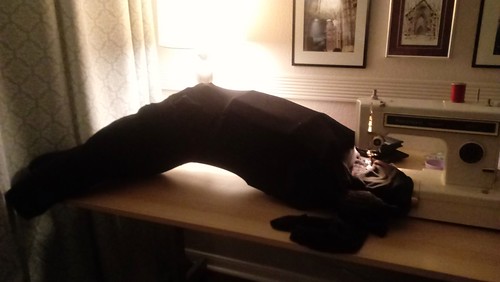 The big reveal will be tomorrow except for the few people I have already texted pictures to because IT CAME OUT SO GOOD YOU GUYS I CAN'T STAND IT.

(We went to trick or treat in the dorms at my school last night. Each hall decorates with a theme and passes out candy to all the faculty kids. It is adorable on all sides. There was one hall they described as "pretty spooky" that all my kids ran towards with great enthusiasm. We were still in the VESTIBULE when a girl covered in blood crawled across the floor screaming "HELP ME!!" and another girl with a dog ran down the hall just SCREAMING when James, Charley, and Wes were all OUT OF THERE. Our guide told us that we could get more candy if we went down the hall, past the girl, but the kids were like "No thanks. All set!" and scurried back out to the stairwell. We went upstairs to the Scooby Doo themed hall, which was a much better fit. On the way back down the stairs the door to the scary hall popped open and the bloody girl was lying on the floor still yelling for help. The boys ran down the stairs but Mary started walking back inside like "Sure! What do you need?")

This weekend the boys all went camping (overnight low: 32 degrees F) and I rowed in the Pumpkinhead. 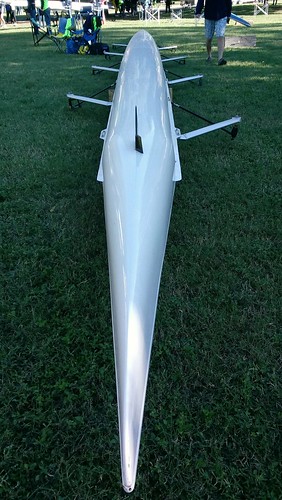 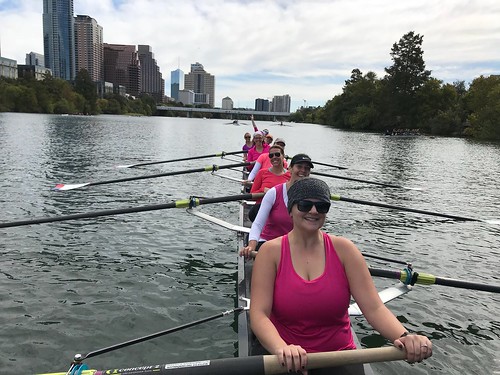 Just as exhausting as I remember, but so so fun. The course was a 4K this year, which was one K shorter than last year. I think that one kilometer was important because I really only thought I was going to die near the end. 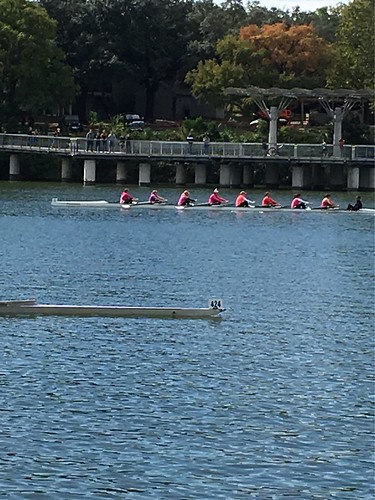 We somehow got put into a bracket with a bunch of college women crews, but we came in tenth out of eleven boats, ahead of one college team! This seems highly improbable, but feels like an accomplishment nonetheless.

Mary and I had some friends over Friday night for pumpkin painting, brownie eating, and Halloween movies. 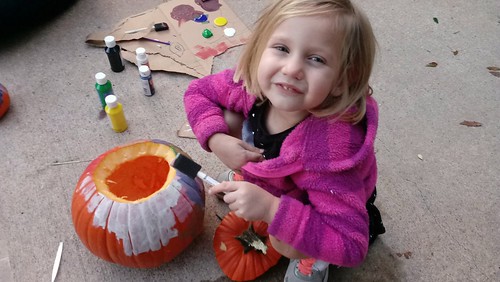 I love it when they crash into the house from playing outside and then sit down for dinner still wearing their helmets. 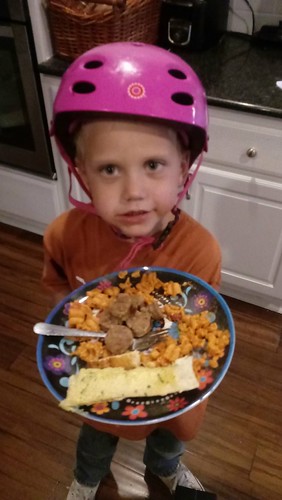 Come as you are!

Remember this time last year when I visited Miss N and Miss M in New York and on the way home lost a favorite jacket at the Baltimore airport? I've been on the hunt ever since--bought two jackets I liked but were not the same (each under twenty bucks on eBay, this is not an expensive quest). But I thought I would try just one more time and I WAS REWARDED. I couldn't believe my eyes when I opened the package last night. It is EXACTLY THE SAME. 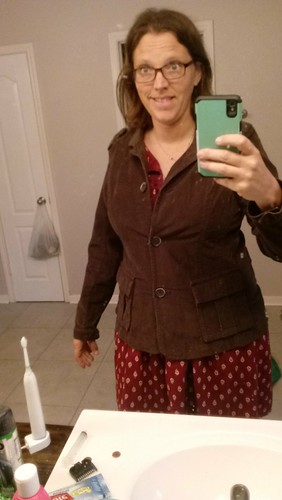 What did we do before the internet? Also, it is possible that my searches were unsuccessful because I was searching for a gray jacket and this one was listed as brown. It totally looks gray to me, but in certain lights I see it as brown. Perhaps it is like that dress that was going around the internet for a while?

In other news, I can't believe it took this long for *this* to happen. 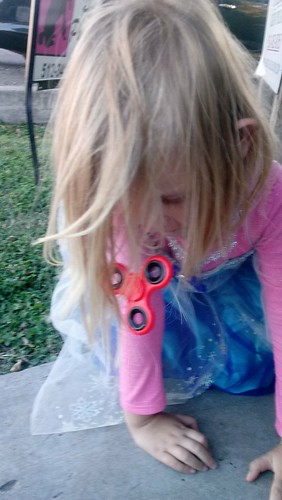 And now you are all caught up. HALLOWEEN IS TONIGHT. And YOU GUYS. You know how I complain every year about trick or treating in shirtsleeves and making pronouncements about how when I was a kid you came home from trick or treat with NUMB TOES and SNOT RUNNING DOWN YOUR CHIN (relevant information, many of my childhood memories are from upstate New York, so it is perhaps unfair to impose the same set of climatological expectations on Texas, but you like what you like). Imagine my excitement when I learned that tonight the forecast is for UPPER FORTIES AND DRIZZLE. BOOM. HALLOWEEN. I CAN'T WAIT. All I have to do is get through a meeting, two classes, and what promises to be an absolutely hellacious trip to the grocery store. MAMA'S GONNA MAKE CHILI.
Posted by Becca at 8:58 AM

I LOVE your blog and writing style - anytime I feel overwhelmed I'll read some of your posts and you always make me laugh - so thank you. :) All of this as a prelude to my point, which is that to me the jacket is absolutely 100% brown. No grey whatsoever. So apparently it is just like the Internet dress!

Awesome job on your 4k! As a fellow rower, I salute you =)