I need a snooze button

I keep wondering aloud why I'm so dang tired all the time, but then Ryan reminds me that I got up at 4:45 on Friday morning to row, worked all day, took the kids to the campus family beginning of the semester celebration, and then tried to sleep unsuccessfully between 9 pm and 1 am, when I finally demanded Ryan rub my back until I fell asleep (works for toddlers and me, apparently). And also that I have been surviving on a concoction of arthritis medication, Tylenol Cold, and beer that is probably pharmacologically inadvisable.

Today I managed to drop the Tylenol Cold, but I did get up and row (we have started distance-training, which is just like it sounds only harder, so I'm actually starving and the dining hall opens in 33 minutes, which is why I am blogging instead of programming), so I'm slightly more coherent but just as sleepy as usual.

I have a friend coming over tonight and we are going to do needlework together. And possibly drink wine. It's a stitch n'bitch. I am SUPER EXCITED about this. Since I am an extrovert the social part will help me power through the MASSIVE fatigue.

This weekend was nice and gloriously unscheduled. The kids have rediscovered skateboarding, which is fun and also has led to lots and lots of bruises and scratches. James took a header off the new babysitter's longboard and has a scab between his upper lip and nose that looks like a mustache.

I bought this mirror on Craigslist Saturday afternoon with the intention of chalk-painting it this cool yellow-green color I'm in love with because I think it would be just the touch of color my bedroom needs. But the thing is I have totally lost my nerve on the painting because it is SO PRETTY. My dad has instilled in me an aversion to painting pretty wood, even when it's say, an aging sideboard that would look SO PRETTY in a cranberry color in my living room. So now it's a touch more traditional than I was hoping for, but I still really love it. I haven't had a full-length mirror since we moved out of our grad school house!

I realized the other day that we treat the kids as a pack of children and do not always adjust our expectations to the fact that they are in four different stages of development. This often works, since they are largely pretty capable and independent. But we don't think Mary realizes how much littler she is than, say, Charley, so she sometimes bites off more than she can chew. 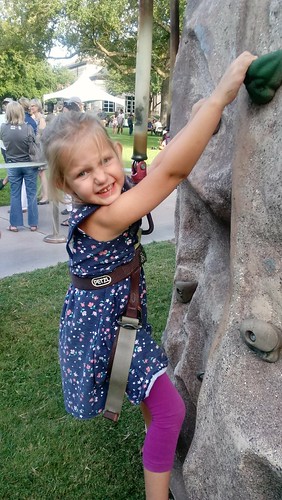 She also has taken on some pretty challenging reading. 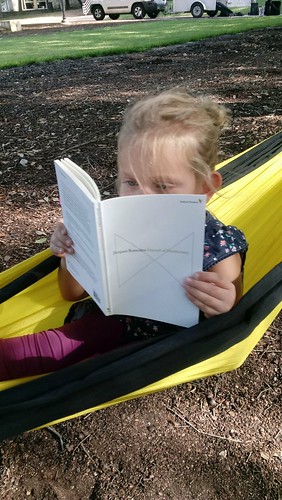 Homework has gotten better since they started hanging out with a bonafide elementary school teacher in the afternoons but it is still a major PITA. 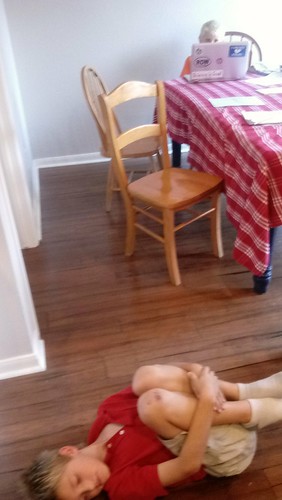 Last night we got out a guitar and song book before bed and spent some time "helping James practice" and also singing some Bob Dylan. We have decided to work up a few "bedtime songs" and teach them to the kids. Is this a little too too? I think so but I love it so we're going with it. 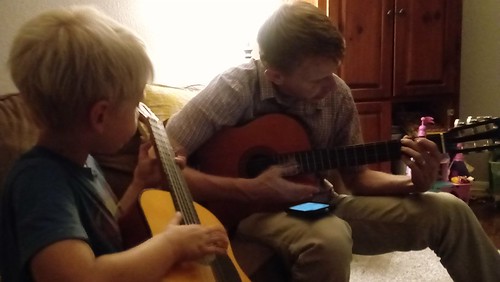 James told his Tiger Den yesterday that this summer he "traveled to Maine and went skinnydipping." Apparently that was a formative life experience for the kids. They had no idea that was even a thing. And now they do. I am so proud.

I will end with this sweet story. Last night at dinner Ryan was thinking out loud about someone we know who was getting married and he said "I guess they've been together for two years," and James thought for a minute and then said "Hmm. I've been with Charley for, like, six years?"

(I'm about to push publish on this, but wanted to document for the record all the warm fuzzy feelings I have about the kids right now. Sure homework is a pain and they watch total garbage on TV. And their feet smell like death poop. But they are funny and clever and loving and they are just the BEST. Weekends are so sweet. I love our cozy time at home together. I really miss them when we are all at school and work during the week and it is just SO WEIRD to be here after all the years of constant WORK they required to get to this point. I mean, there is still lots of work to be done, but all of them have morphed, sometime when I was not looking, into these funny, awesome people I really like hanging out with. I can sort of understand what those ladies in the grocery store are thinking when they look starry eyed at my grungy crew begging for candy and bickering in the checkout line. These are the days I will miss. They won't always be hanging all over me like a bunch of puppies when I read books! Some people want to freeze time at the baby stage, but I think I'd rather freeze this time here.)
Posted by Becca at 8:55 AM

I so very much wish we were neighbors so I could crash your stitch n bitch!
My mother gave me the same "don't paint real wood" morals and I feel like a defiant teenager every time I do. The mirror IS super pretty but I think it would be gorgeous as a pop of color!

I say paint it!

I love the singing & guitar. I grew up with family sing alongs & have such great memories. I hope we can resurrect this for my family now.

I love the gushing about your kids - I have 3 little ones and the oldest is Mary's age. Everyday is a SLOG! Thanks for
Giving my husband and I hope that one day we will enjoy ourselves :)