Well I guess the biggest news since we last spoke is that a band of dread pirates came and left a bag of goodies for the kids to find the other night. 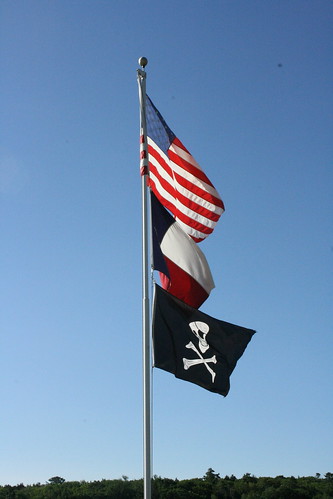 The pirates tried to sneak away before the adults could have a cup of coffee and an English muffin, but ARGH! The kids spotted the Jolly Roger at 7:15 AM. Captain Wes declared, as he stood watch on the front porch, "I THINK I SEE A WAKE!!!" 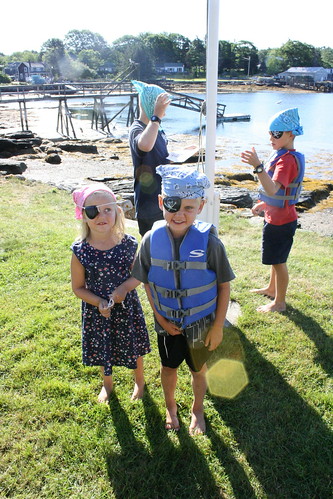 They followed clues on a daring adventure, up the front steps, down the back steps, up the little hill in the side yard, and all the way over yonder to the neighbor's dock. 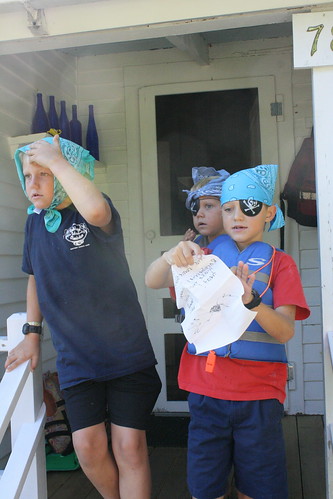 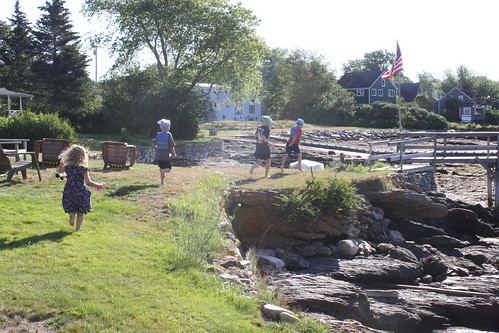 There was some judicious turn-taking when it came time to pull up the treasure (these are 2017 pirates after all). 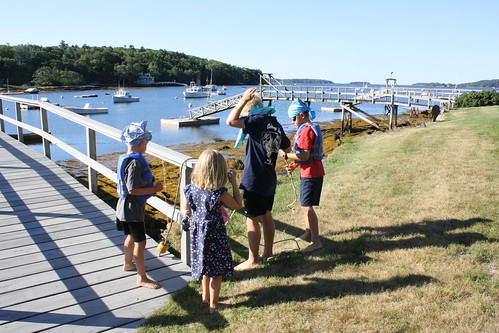 At last! The treasure has been found! 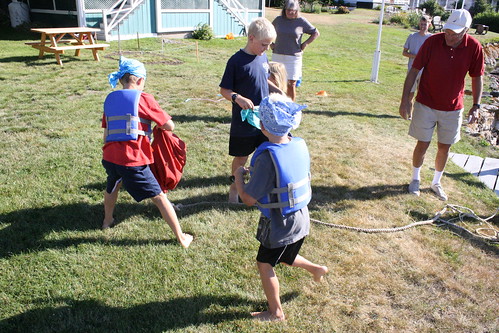 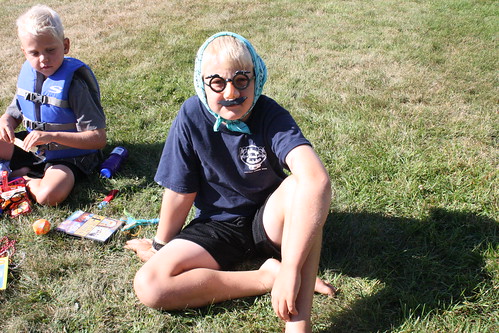 Mary became highly territorial about her portion of the loot (pictured here on the treasure bag) like a good pirate (who has three older siblings). 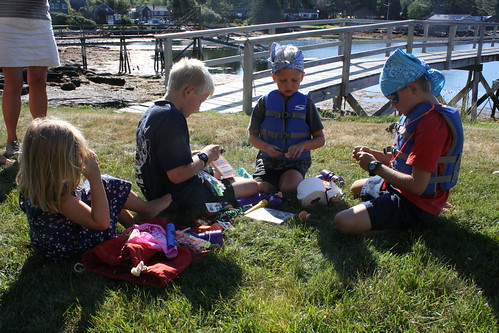 And then we pillaged the house for breakfast and headed to church*, looking like a ragged band of scallywags. 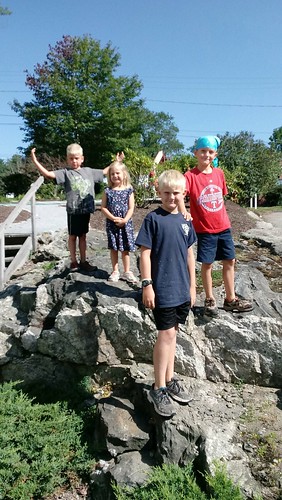 Wes politely removed his eye patch before we got out of the car *without being asked*. A milestone for sure.

*We do not *make* them go to church on vacation. They are weirdly fascinated by churches up here, probably because they serve brownies and lemonade afterward and because we let them wear whatever the heck they want. This is fine at the tiny church we go to near our house, but this Sunday we tried a new church and I swear to you we were sitting behind some offshoot of the freaking Kennedys--lots of Brooks Brothers and loafers and beautiful dresses. Wes broke the ice by climbing noisily over an entire row of people, wearing his Texas Rangers shirt and do-rag, to point out to the oldest boy (IMMACULATE oxford and neatly pressed khakis) that they were both wearing the same watch. The world needs more Weses (Wesses? Wesi? Kids like Wes?). On the way out we encountered a board member at the research institute where Charley wants to work one day. She remembered us from all the lectures Charley's been going to and smiled fondly at all of the kids. I'm starting to form a professional network here, so that means I should never leave.

In other exciting, non pirate news, Ryan is back!! 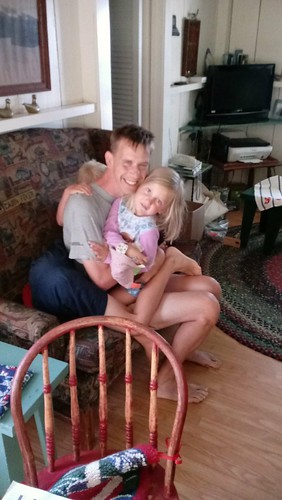 Count the children in this picture. It helps to focus on limbs.

And we went on a boat ride. 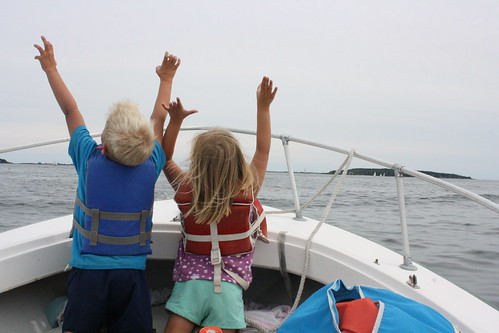 It helps to focus on the limbs :)