Birthday 3.0, as we're calling it--because Birthday 1.0 included hyper-vigilance over a wheezing child, a botched movie outing, canceled date plans, and an hour late Chinese food order--was on Tuesday last week and it did NOT disappoint. Birthday 2.0, if you are wondering, is the day I bought myself a beautiful lunch and a slice of pie at work and then treated myself to a half hour on the rowing machine in the afternoon.

My wonderful friends and I went out to celebrate my twelfth birthday in style, by going out for pizza, beer, and rainbow cake, and then going rollerskating. The pizza place was super crowded and I spotted an open table and ran to get it only to meet up with some forty something male privilege type who put his sunglasses down on my table in a most infuriatingly casual way. I said, slightly too forcefully, "Come on, man! It's my birthday!" but he stood his ground. Fortunately the family next to that table was also leaving so he got to sit elbow to elbow with us and our rainbow cake and boozy oversharing for the rest of the evening. CHECK. MATE. 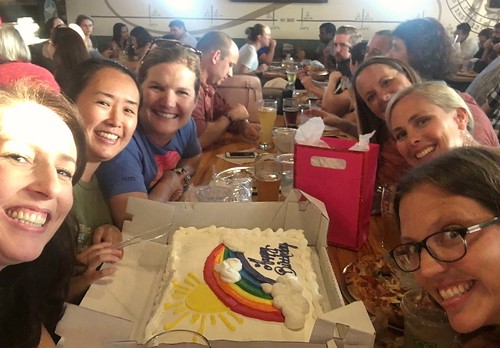 The dude in the red shirt learned a lot about *that scene* between Frank Underwood, Meachem, and Claire. You know which one I mean.


My friend Kelly drove my minivan from dinner to the rink, because reasons. 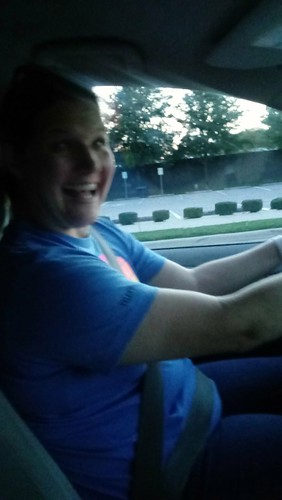 I pointed out that I was pretty sure I hadn't picked up my back medication on my way to my real twelfth birthday! 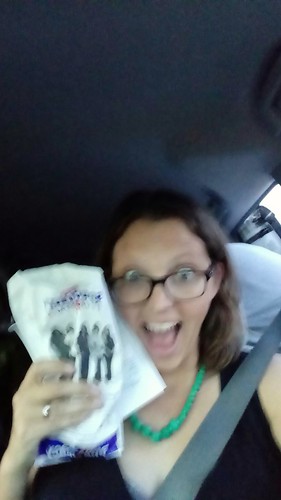 Ladies' fast skate occurred right after we arrived at the rink and Kelly and I were feeling competitive. I had to sit down halfway through because my twelve year old self didn't skate after drinking two beers and eating half a pizza. 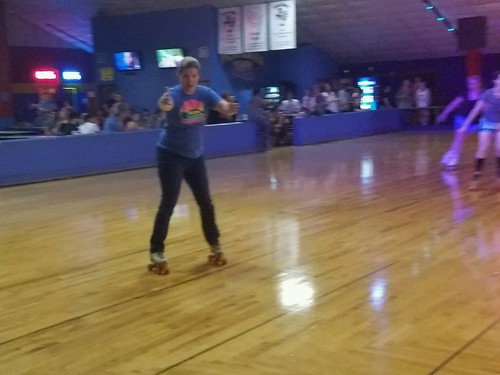 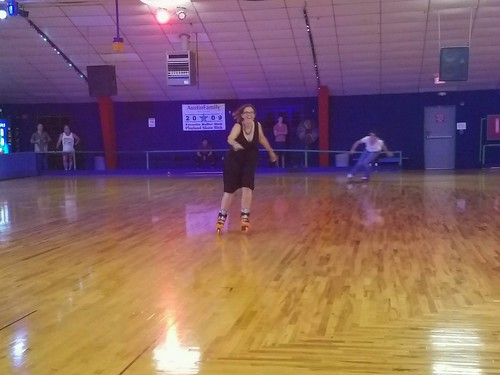 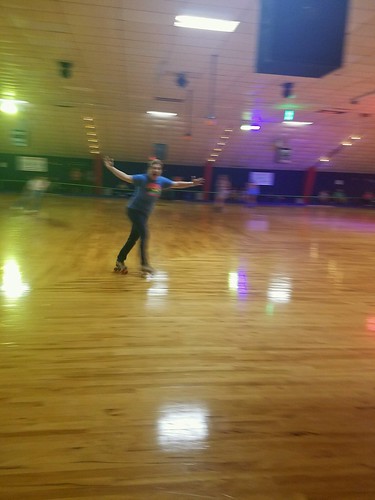 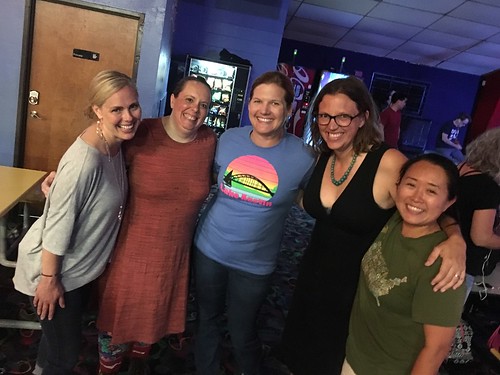 We skated for three hours and just before we left my friend Vicki asked them to play some Paula Abdul for me. The hipster DJ made a snotty remark, but did it anyway (#grownuppower) and I made my last few laps around the rink to "Straight Up", having the TIME of my LIFE. Ryan took the kids to camp the next morning and I was BELTING IT OUT by myself in my empty house.

Friday night we went to my friend's daughter's senior viola recital, which was downtown at a church. The recital was breathtaking. It was such a treat. Charley and Wes both yelled "ENCORE!" when it was over. Mary (and Ryan) missed most of the second half because she was being really obnoxious, but managed to rally for the reception afterward and eat three cupcakes and a handful of cheese. Later we walked out of the church and Mary sighed and said dreamily "That was a fun party!"

When we got out to the street to head to the car, we realized that the ROT Rally, a huge gathering of leather and spike-clad motorcycle drivers, was happening right outside. It's just the type of usually fine, but sometimes not so wholesome event you want to stumble upon with your four children at nine thirty at night. 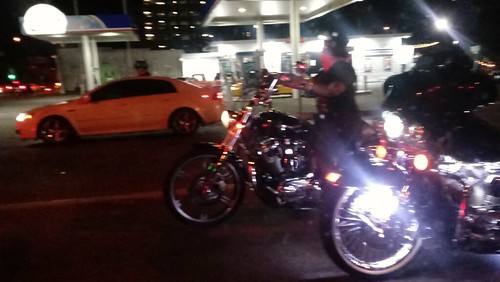 Two of many, MANY motorcycles.

Today after church we took a picnic to the hippie grocery store for some coffee and playground. Two minutes after I took this serene, gloaty picture Wes and Mary got into a cat fight inside the playhouse and had to be extricated. #karma 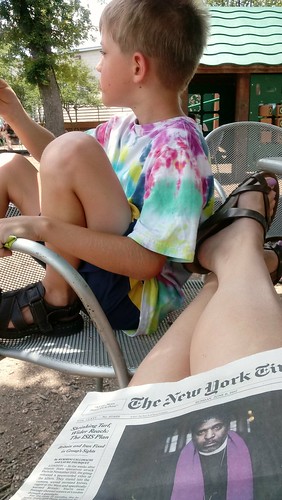 third time is a charm-- so fun! glad you had a good bday celebration finally :)

This web site Is Truly wonderful and amazing information maybe there is and looking so captivating... I look and feel good to generally be here... Keep sharing good things with buddies.. Thanks meant for sharing...

Yay for happy birthdays! Also love your description of the sunglass guy.