Sadly, I took almost no pictures

With about twelve hours to spare before our church campout it finally occurred to me (after a friend mentioned the possibility) that the reason James's "cold" never went away and the reason it weirdly included puffy, swollen, black eyes that watered constantly (or as he said "My eyes won't stop crying and I'm not even sad!") was that *maybe* he has allergies. After all, I could see CLOUDS of pollen blowing around when I drove to work. So I gave him from zyrtec and TA DA! his eyes returned to normal within a few hours.

Wish I'd thought to try that before I kept him home on Thursday. And by home I mean back to school to plant strawberries with a different kindergarten class than he is in (he thought this was hilarious), a seventy-five minute statics lecture, a meeting with a research student, and a committee meeting, which fortunately took place in the cafeteria so I could bribe him with an ice cream cone.

I guess having at least one family member down with some nasty plague for three straight weeks tends to make you miss the allergy forest for the infections disease trees.

The good news is that we were all healthy (ish) to go to the all church retreat this weekend! It is a beloved tradition now and there was no possible way we were missing it even if we had to cart along a humidifier and shoebox full of medication (we avoided this, barely).

It was supposed to rain heavily Friday morning and one of my research group members was out of town, so even though I had three commitments before lunch that day, all of them were canceled, leaving me with a weirdly free morning. This is good because Ryan had originally, before my house because a typhus ward, planned to take the afternoon off to pack us up. He obviously couldn't do that after missing work in various capacities approximately six thousand times in the preceding three weeks, and now I had the free time to get it done.

He picked the kids up at school and we were on the road by four o'clock, which is a new record.

They had the brownies ready for us when we arrived around eight o'clock. James was so excited to be there that ON THE WAY TO THE CABIN, two minutes after we'd arrived, he rode his scooter down a giant hill, wiped out at the bottom, and ripped the skin off both his knees. He ate his brownie through sniffles and then went to bed. I returned to the lodge for cards with the ladies.

Saturday was a fun blur. Mary, James, and Charley and I took a yoga class (that was designed for children but kicked my ass) while Ryan and Wes went on a hike. Charley went fishing and had a giant tantrum that scared some other kids, so that was not awesome, and after lunch I made him come back to the cabin to lie down, which he did long enough for Mary to fall into a three-hour coma and miss the whole swimming window (fortunately Ryan was happy to nap with her).

I was in line for lunch when James and Wes came stomping in looking ready to kill each other. Wes loudly explained that James had *pushed him out the treehouse window. James screamed "IT WAS AN ACCIDENT!" Wes responded "THEN WHY DID YOU COME AT ME RUNNING LIKE THIS?!" and ran at James with both hands in front of him, slamming him up against the wall. I was all nice and camp-relaxed so I found this hilarious. Later Wes got retribution by flinging James off his scooter, giving him another legful of scratches and bruises. They were both still limping the next morning.

James and I went out in a single kayak (he sat on the back), which was super cool (the water is so clear you can see all the way to the bottom, which is very deep), but unbeknownst to me, the plug was out in the back and the boat was slowly filling with water. By the time we got back to the dock James was riding just below the surface and we almost tipped over on every stroke. The lifeguard cracked up when he saw us and I tipped over right in front of the beach trying to get out. I was glad it happened, though, because after that I felt like I could get in the freezing water and jumped right in off the rocks after my neighbor peer pressured me into it.

After swimming (and a public family fight that happened because Charley was out on a kayak for most of the time and missed his chance to go on the slide) was coloring and origami for the whole family and then dinner and smores, and an attempt to recreate the first night's girl time that didn't really get off the ground because everyone was so exhausted. We all slept hard and woke up when they rang the dinner bell Sunday morning.

We had breakfast and church. Wes took Communion on rollerblades. We sang "For the Beauty of the Earth" even the verse about family love that we sang at our wedding and have hanging on our dining room wall. I loved being out there in that beautiful place with my great friends. I wish it was a week long and I can't wait to go back next year. 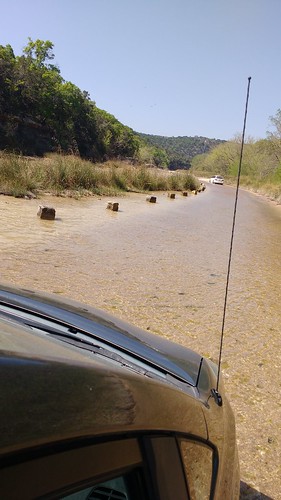 Wes took communion on roller blades-- this is awesome.