Despite my best intentions I am having a lot of trouble getting rolling this afternoon. Possibly it's because I keep taking breaks to complain about how hungry I am and send pictures of myself flipping the bird at the camera to my friend Cindy on Facebook Messenger because I am a classy classy lady.

But seriously, I think I overshot a little on the caffeine this morning and this afternoon. But I mean, if it weren't for caffeine would we be an entire chapter ahead in one of my classes already? I DON'T THINK SO. Also, OOPS. This morning I unearthed my notes from the last time I taught this class and noticed that the material I taught this week was dated at the end of the month last time. No wonder the tone of the classroom is of confused hostility.

We bought a new bed nine months ago because I wanted to upgrade to a king and also because we thought a better mattress might help with my back. Unfortunately, the one we chose did the opposite for both of our backs and was way too soft and was getting softer with time. So we decided to take advantage of the twelve-month comfort guarantee the mattress store offered and get a new one. This was exciting because it meant we got to take the kids back to the mattress store for the second time in a year. The first time was so special and fun we were really excited to go back. Just for extra good times I let them destroy a Wendy's right before. 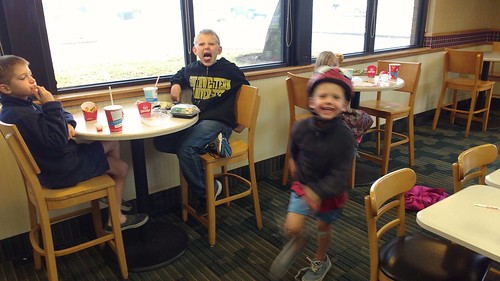 The mattress salesman told us we should lie on the possible new mattress for like ten minutes to make sure it was still comfy, which we did while the kids had total free range of the rest of the store. 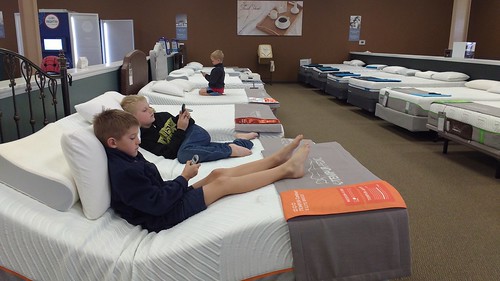 We made quite a scene when it was time to leave, though, because no one could find their shoes and allllll the remotes for allllll the beds were mixed up. Ryan took charge of figuring that mess out while I handled the looks of scornful disapproval.

That night was Kids' Night Out at our church, which is why the mattress shopping outing was tolerable. We barely made it in the door without having a giant fight but right after that they were happily playing basketball and eating pizza and Ryan and I were headed into town for dinner and a concert. Everyone wins.

I only took one picture and it was of our brussels sprouts appetizer (not provided here because of laziness) because it was AMAZEBALLS.

We also spent some time in a kitchy gift shop nearby where I finally found the Hillary Clinton saint candle I've been searching for. I lit it on Monday for strength when my friend Rosa and I were in charge of supervising eight children all day long. I will probably light it again on Friday for--reasons. 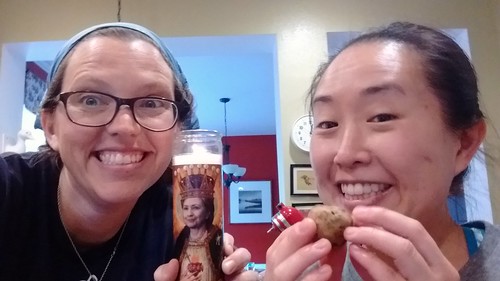 The kids took good advantage of the provided clipboards, paper, and crayons at church on Sunday. 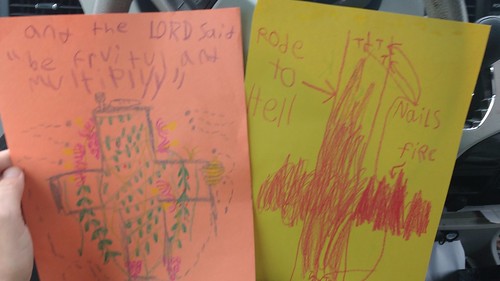 And James was delighted to discover a free pair of sunglasses inside the purse he bought himself at a yard sale for a quarter. 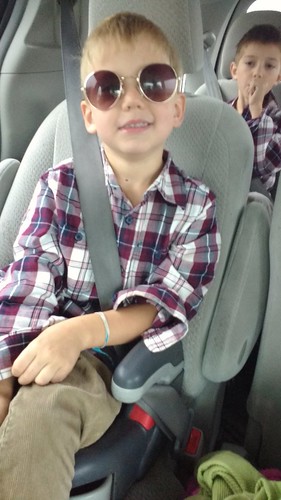 We've had an activity every night this week and have one tonight and tomorrow too. Last night while the boys were all at choir Mary and I watched a series of Les Mis flash mob videos on YouTube. She sat next to me and sucked her fingers with her other arm wrapped around my waist and asked me to find more videos of GIRLS singing, which I did. She loves the video of Kristen Chenowith and Sarah Horn singing "For Good" at the Hollywood Bowl just as much as I do and really, it was the perfect night. Also last night I started working on a Gryffindor scarf knitting project while drinking wine and watching a Frontline about Obama's presidency while Ryan was at choir instead of dealing with the laundry situation or preparing for class like I was supposed to be doing. All work and no play, as they say.
Posted by Becca at 11:43 AM

I don't knit but the wine, scarf, and Obama Frontline sound nice. Laundry and tomorrow...ugggggggh.

The blog was absolutely fantastic! Lots of funny and daily life stuff, both of which we all
need!b Keep ‘em coming… you all do such a great job at such a good writing… can’t tell you how much I, for one appreciate all you do!

I must say, this is a very funny blog. Your description of bringing the kids to the mattress store, and the accompanying photo crack me up. Funny thing, I was just thinking about the possibility of purchasing a new mattress and box spring right before I read the blog post.