Ryan and I spent last night dancing to a cover band and eating from an endless dessert buffet in the same hotel ballroom I once attended prom in. It was like the funnest wedding reception you've ever been to except we knew ZERO people and did not have to buy anyone a toaster. We weren't even going to go except that Ryan's parents were going to be in town and offered to babysit and we screeched out of the driveway so fast we forgot to get a picture together and Ryan forgot to take his ibuprofen (I keep saying to him "I need to eat! So I can take my back pills!" and it will NEVER GET OLD). We went back for the ibuprofen and got a couple of pics. 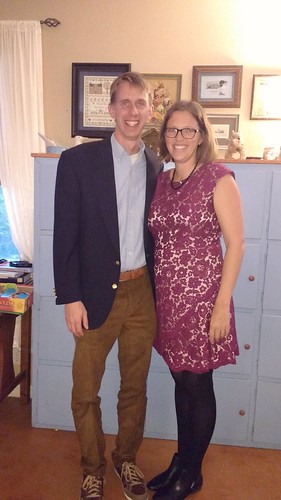 I love love loved this dress. I bought it in a hasty shopping spree at Nordstrom Rack between office hours and kid pickup. Literally, ran to the clearance rack, grabbed the dress, figured I'd never get it over my hips, stripped off my jeans and sweater, tried it on, loved it, ran to the shoe department to grab some booties I've had my eye on, grabbed a pair of tights, and was back to my car in fifteen minutes.

Apparently I left out a lot of details when I told Ryan I wanted to go to the faculty party. He was probably picturing that scene from Animal House when the stuffy fraternity brother says "That'll be Nigel with the brie". "There are drink tickets?!" There's a band?!" "This was all FREE?!" When we walked in and saw the food and the band and the bar and the fun fun people everywhere Ryan asked if I could swing a course assignment at this place next fall, ninety extra minutes in the car a day be damned!

It was not boring. Those PhDs know how to have a good time. 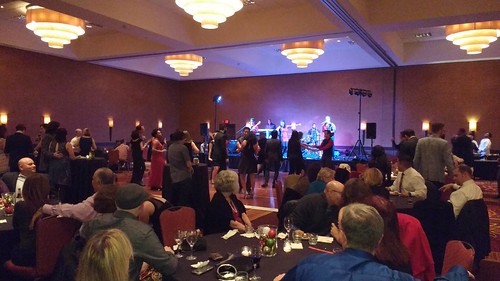 Here's the dessert buffet. There was also a pasta bar and a turkey carving station. I ate the hell out of some pasta (not pictured) and then dove into the dessert bar. Also for hors d'oeuvres there was this smoked jalepeno dip that I started discretely eating with my figures when I ran out of cucumber spears. Unsurprisingly I was up for part of the night with some cuh-razy indigestion. 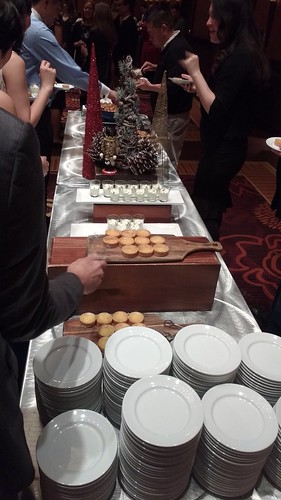 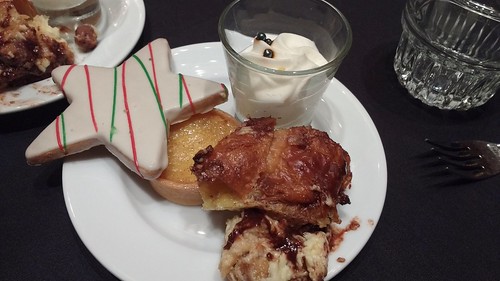 The band got everyone out on the floor with a long set comprised completely of eighties monster ballads followed by four Justin Timberlake songs in a row. After their first set the campus chaplain came out to do a touching invocation. Then he stood to the side happily surveying all the fun and clutching a long string of raffle tickets. It was the first time I've ever wanted to be Catholic.

We danced like two people who have dealt with a LOT of SHIT in the last two months and who are out with no children and a pocketful of drink tickets.

Which is to say it's a good thing it was dark and I didn't notice my Dean in attendance. And also to say that getting up the stairs last night was not straightforward (because of the dancing, not the drink tickets, ahem).

We tore ourselves away reluctantly around ten and returned home to find that the kids had had a great time with Ryan's parents except that, naturally, one had puked on the living room floor (this was in addition to the one who puked at their piano studio Christmas party earlier that afternoon, prompting Charley to leave me the best voicemail of all time "Hi Mom. Wes blew chunks. Can you come pick us up?"). 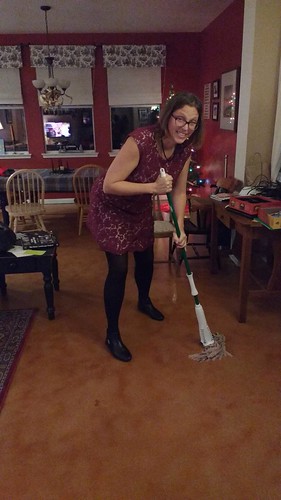 Obviously we didn't make it to church this morning and instead spent the time doing four loads of laundry, inventing dinner out of things I found in the fridge that were about to spoil, putting bread in the bread machine, giving James and Mary home haircuts in my kitchen, and making the kids French Toast out of an enormous gifted Panettone. So basically I was a lighthouse keeper's wife.

And this afternoon was the day of the big skating party, which went off without a hitch, even though there was a game at the end with a moderate amount of competitiveness. Even though he still has to wear his splint for another three days. And even though I pictured another evening lost to urgent care every time he fell. 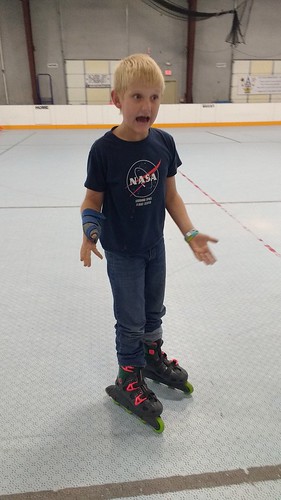 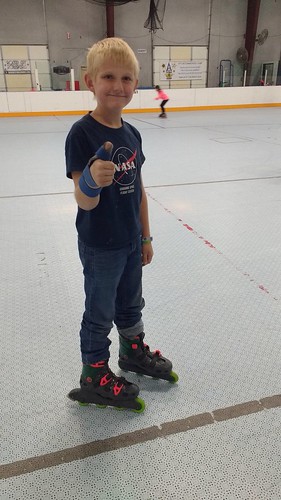 He is totally hooked. Here is a preview of tomorrow's post. This also happened this weekend. It was a fun weekend. 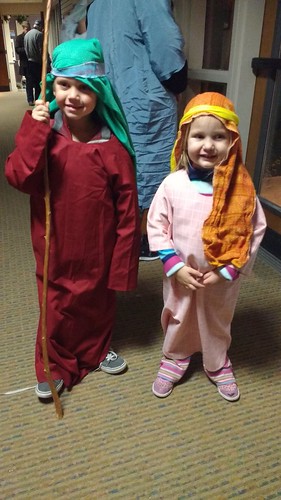