With apologies to Dickens, I think this quote applies REMARKABLY WELL not just to the 18th century world of peasants and aristocrats, but also to the week before Christmas, when no one has school, one parent is at work, and the other parent really should be working but can't, and the kids are living on Christmas cookies and fudge.

Which is to say that yesterday was a bit of a disaster that came to a head at church last night, where we went for rehearsal, when the children's pastor asked Charley if he'd like a speaking part in the Christmas pageant and he burst into tears and hid in the men's room for thirty minutes (And boy was my friend's husband surprised when I opened the door and yelled "CHARLEY ARE YOU IN THERE?").

Let's start with the good stuff though, shall we??? 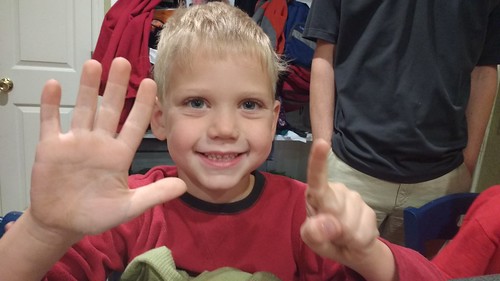 He was THRILLED to get a journal with a lock and has been carefully writing observations in it since then in his adorable kindergarten handwriting ("Charley has a injured arm"). He also got a maze game and some Mad Matter (that stuff is so cool) and a Harry Potter wand, that were at once a huge hit and hugely popular with the other kids, which led to some friction (understatement). After some playing and fighting we had doctor's appointment for Charley (I spent most of the time sitting in the car with a screaming James while Charley was in with the doctor; he was screaming because he discovered that ink cannot be erased) and then we met Miss N for lunch. She spent the rest of the afternoon and evening with us THANK GOD.

Some friends came over for cookie decorating and birthday celebrating (and beer drinking for the adults, naturally). We had pizza and cupcakes and shooed everyone outside where they did outside kid things until it got dark and then they came in to watch Home Alone. It was happy and loud and kind of insane and so many wonderful people I love were there. See? Best of times. 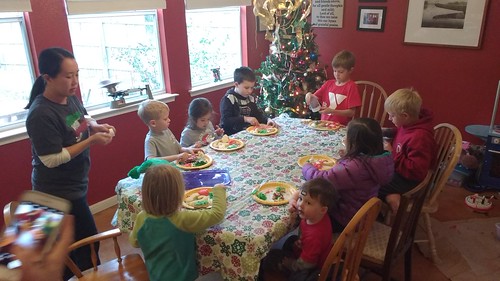 (Though before everyone arrived Wes wrote some mean things in James's new journal and was banished to the upstairs until he wrote five complete sentences in the form of an apology letter to James. I went up to check on him after he'd been screaming for ten minutes and when I asked him what on earth he was screaming about he moaned "Correct capitalization is REALLY HARD!!!") 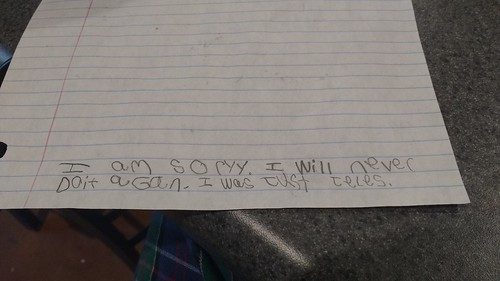 Only three sentences, but I allowed it because he had already tried writing "I am soryy" five times at the top of the paper, so it was more like eight sentences. 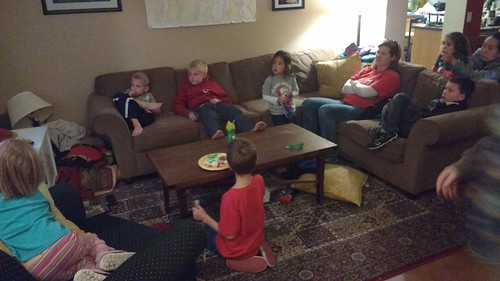 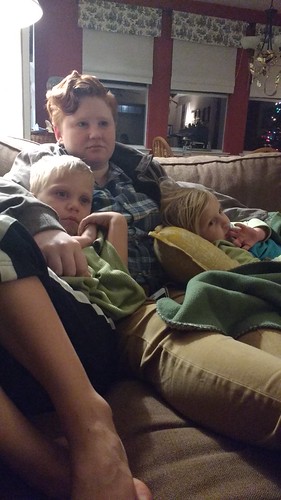 Our whole family was together again!

Wednesday morning I woke up still smiling from the happy funtimes we'd had the night before, which I think set my expectations of magical holiday family harmony a bit too high. I made the mistake of suggesting to the children that we go on a hike together, and that they should get dressed and find their shoes while I made a picnic. I made the picnic alright, but James was still lying on the couch yelling his crazy Archie Bunker old man nonsense in his pajamas, Charley was dressed, and Wes was completely dressed with sweatshirt and shoes on playing a computer game. After a few attempts at getting James to comply I left the picnic in its bag on the counter, went upstairs, had a little tantrum of my own, took a shower, and then laid on my bedroom floor reading the newspaper on my phone for a while. I was going to give up on our plan, but the thought of eight unstructured hours was motivating. Two hours after we'd planned to leave, we were finally in the car. 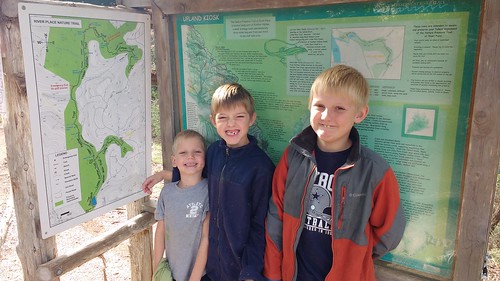 People without kids cannot imagine the amount of work it took to get TO THE TRAILHEAD. 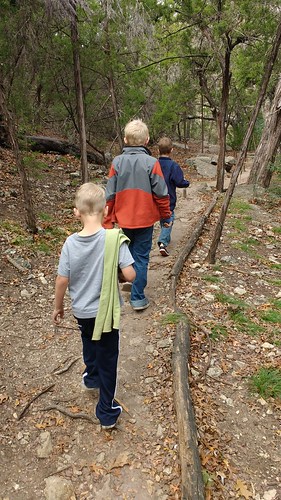 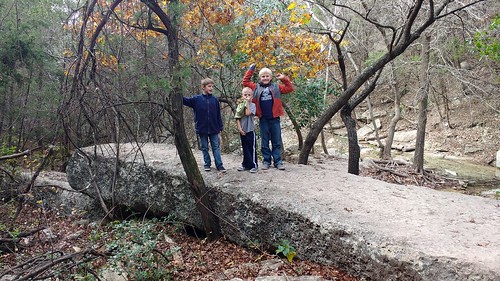 Wes: "This is really neat, Mom! I'm so glad you forced us to come here!"

Everyone wanted to do all three trails, but after we got back to the car to go to the third trail we decided to go to Sonic instead.

Then we went to a liquor store to buy a couple of Christmas presents and the kids were adorably fascinated with the bottle chiller. That was the last moment of the day that was fun. We went home to get Mary and then bickered all afternoon while I made a really terrible dinner and drove them, screaming, to church for their rehearsal. I had planned to manage it on my own but had to call Ryan in for backup, which meant that he got conscripted to be a shepherd. They don't ask me because I exude an air of hostility and also because I think they thought I had enough to do what with Mary and James wrestling with each other over the Hymnals.

Today I gave up early and turned on a movie then retired to the kitchen with my computer to write this post and write a letter of recommendation for a student and maybe start working on the writing work that is due on the 9th or the two syllabuses that I will need before the second week of January. Or our Christmas cards. Just something to keep my hands busy.
Posted by Becca at 7:04 AM

You're a saint. I would've flipped my shot long before your mini-tantrum.
Also, happy birthday to James!