Yesterday was fun and overwhelming and today is a birthday!

Mid semester has arrived in all its mid semester glory, which is to say I am hopelessly behind in every area of my life, which must be why I thought it would be a good idea to sign up for a (PAID) freelance science ed writing assignment. I'm really excited about the project, which is why it seems OK that I now work until I can no longer physically keep my eyes open every night. Good news/bad news the deadline is October 4th, so it won't be going on for much longer!

Yesterday morning I had a dentist appointment at 9:30 and took full advantage of not having to be in my office until just before lunch. Ryan left while it was still dark so he could leave mid-morning to take Charley to therapy, which was at the same time as my dentist appointment (I would have happily rescheduled the dentist appointment so I could take Charley to therapy, but I'd already rescheduled it four times, twice for kids, once for class, and once for rowing), so I got the kids up, fed, and dressed, and did the two dropoffs. Then I worked out, ran to the store for dinner items, arranged the dinner items so that our nanny could find them (SHE LIKES TO COOK YOU GUYS. Knowing that if I put ingredients in the fridge before work I will come home to DINNER ALREADY MADE is highly motivating. I have really missed having someone at my house since Miss N moved away and this is awesome). I switched a load of laundry to the dryer, started a second load, and took a shower and got ready for work (I wore essentially the same outfit as the assistant principal at the kids' school, who I'd seen working the crosswalk at dropoff because I'm psychotic like that). Then I went to the dentist and then I went to my favorite sandwich shop to pick up lunch on my way in because, yup, still hate going to the dentist and a massive NY Italian and two cookies seems like a good reward for not losing it. Graded like a crazy person, met with a student, graded some more, taught, graded, met with IT, met with my chair. Graded. Picked up Mary. CAME HOME TO HAPPY KIDS, A HOME COOKED MEAL, AND A BEAUTIFULLY SET TABLE. Ate with the kids. Rode bikes outside until Ryan came home. Found a stray dog and returned it to its home (was kind of hoping we wouldn't figure out where she lived, she was super cute). Made a birthday cake for Wes. Put kids to bed. Then came downstairs to watch Call the Midwife and scale Mount Laund-more. 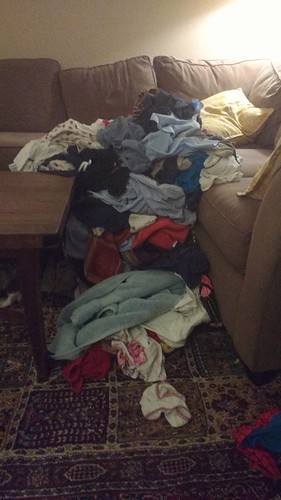 Then attempted to work on my project before falling dead asleep on the couch. Gonna give it another shot this morning. Here! I'll catch you up on some pictures!

Coordinating element in this experiment in pattern-mixing is hearts. 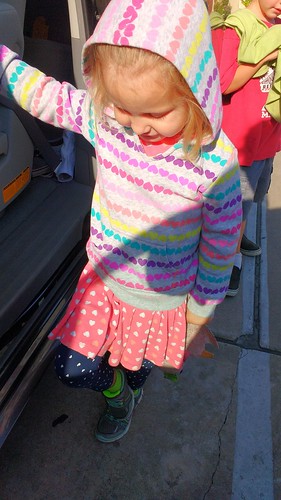 I love this dress-shoes combination. I feel like I should be on my way to bridge with the ladies. 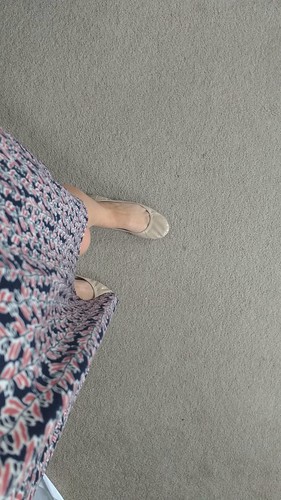 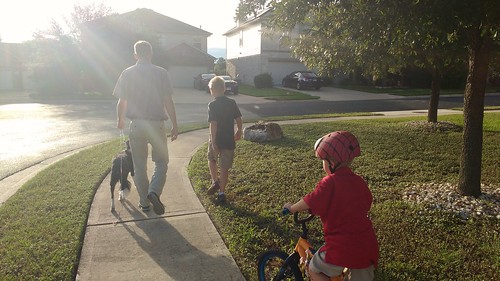 Wes got a new bike for his birthday! 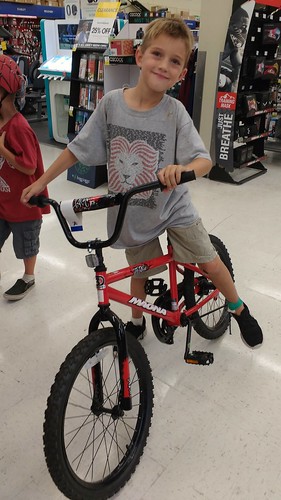 Hilarity ensued while at the store. 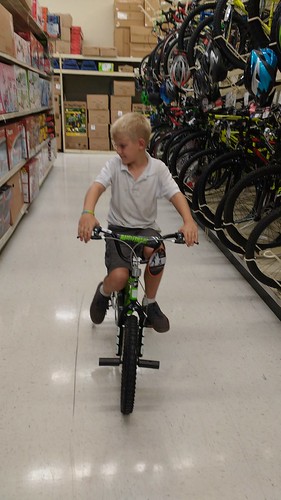 Mary got her stitches out (right eyebrow). It was...a horrible experience for everyone, since the skin had pretty much grown around the stitches. HORK. Wes and Charley couldn't handle the screaming and excused themselves to the waiting room (Wes, on the verge of tears: "I just can't listen to her cry!" My heart.). James was a ROCK. He held her hand the entire time and calmly told her "You're doing a great job, Mary. What a good girl! It's almost over!" He was AMAZING. I had to pin her to the table with my body to keep her still. The doctor was trying to be gentle and distract her and it was SO HARD. She tried like five different tools and at one point I looked up, grimacing with the effort of restraining a forty-pound octopus, and said firmly "Just. Goforit." No more jumping out of the car. But James. He was amazing. 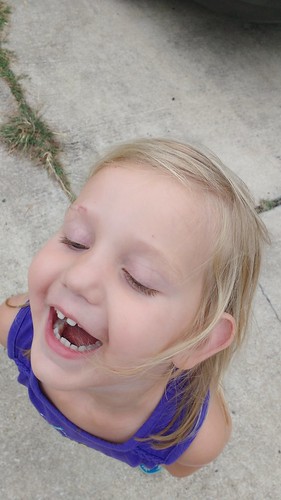 We had dinner at Rosa's on Friday. The kids take Rosa's very seriously. 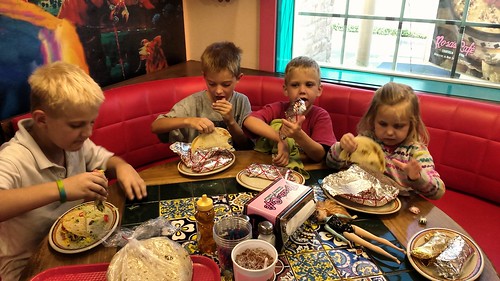 And in the most exciting news of all! Wes turned EIGHT today! (or as he will tell you, he's not officially eight until 9 AM) He is such a wonderful boy and we are so proud of him. He is our thoughtful little tenderheart, who loves his friends. He gives amazing hugs and makes crazy combinations of food and calls himself "Combo Man" (last night I found him eating skittles and tootsie rolls together). He is so excited to have some friends come over Friday for bike time and a movie and pizza and cupcakes. He is such a great kid. Happy birthday to Wes! 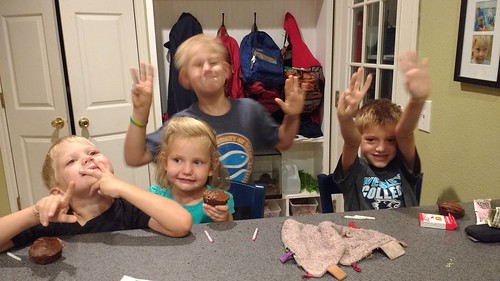 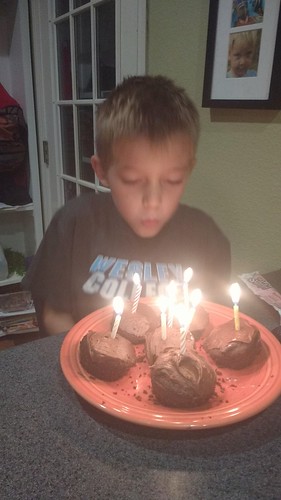 The part about James made me tear up. Sweet boy

some of the best mens shoes available here
party footwear