Oh summer. How I love and hate you.

Still summer. Still stupid hot. Kids were kind of a disaster last week, which is why I didn't post, because while I like to throw a few swear words in here and there for variety, an entire post composed of the eff word in all caps might have been tedious and/or frightening.

James and Wes had a screaming slapping fight in the middle of the lobby WHILE I WAS FILLING OUT THE PAPERWORK. An elderly man with a *walker* had to wait while I pulled them out of the hallway.

Related: I really need to learn another language or at least remember where I am before I loudly threaten to lock a child in a closet again.

I spent my two hours knitting in a coffeeshop with a friend. It was glorious. Then I picked the kids up and went home where their reign of terror continued and half the kids were asleep before 6:30 PM.

Saturday was more of the same, only this time Ryan was there to witness the total breakdown in ALL of our behavior and also so were all the people at Home Depot who watched me sling a kid over my shoulder and stalk out to the car.

He suggested we go to lunch probably because he knew I was going to snap.

Sunday afternoon we decided to attempt fun again and took them to an event at a kids' art studio called "Harry Potter's Birthday", which was super fun. 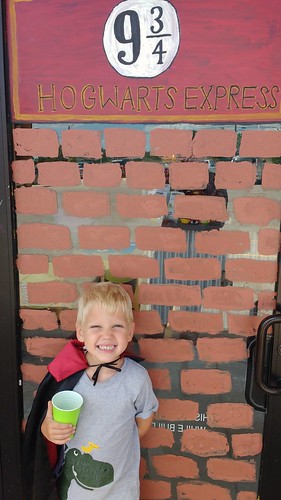 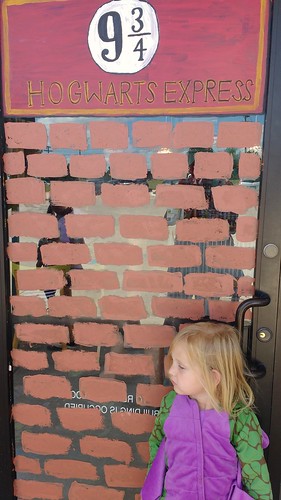 Our kids were the only ones who dressed up, but they didn't notice because there was a huge punchbowl filled with Bertie Botts Every Flavor Beans. Wes was afraid to go to the bathroom alone because Moaning Myrtle had written all over the mirror in blood.

Buoyed by that success we went to Trader Joe's to pick up a snack dinner (to save money by not eating out, which is ironic because we spent $53 at TJ's, mostly on cheese and a klassy pinot grigio in a can) and went to a park downtown to splash and eat before a free concert in the park that started at 7:30.

No pictures of Mary because as soon as we got to the splash pad she stripped down to her underpants and ran right in before we could stop her. 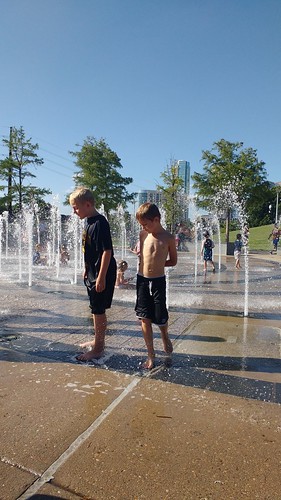 After our picnic the kids had to climb up the big huge hill. 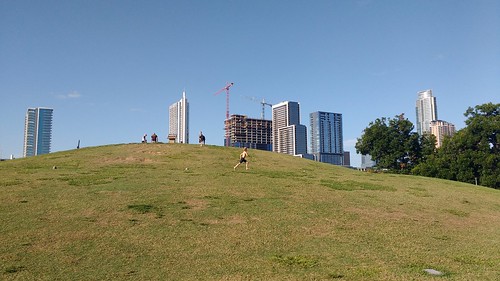 And then we went to the concert on the other side of the park.

Ryan showed the kids how to swing dance and they danced the ENTIRE CONCERT. 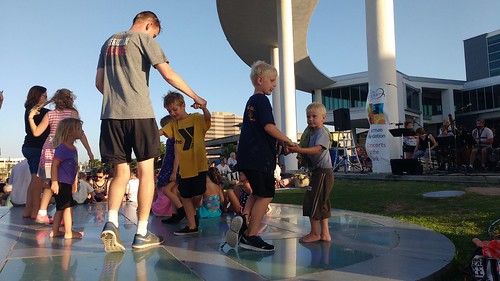 Charley called Wes "my dance partner" and once while Wes was in the bathroom Charley and James danced a slow dance.

Every song. All night. They are my favorites. 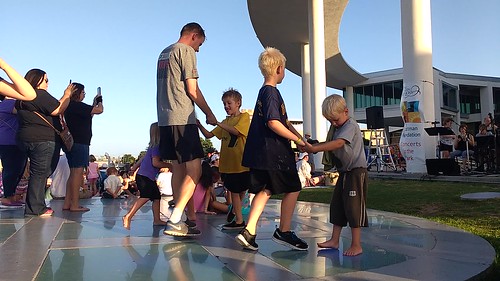 In other news, today was Mary's FIRST DAY OF SCHOOL! And she was EXCITED. 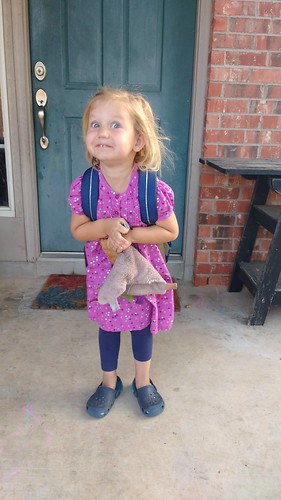 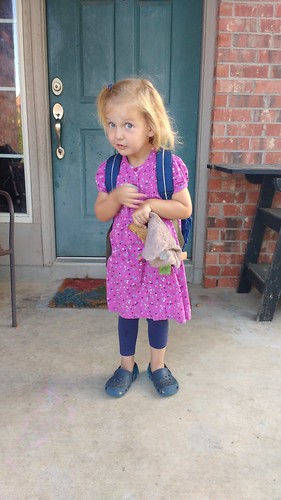 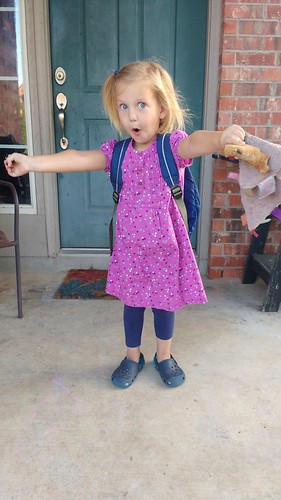 She is in James's old classroom this year and will be there for two years. We are all excited to have "James's teacher" again. Mary has been talking about it all summer. She had a great day (her teacher says she is hesitant and a little quiet, HA HA HA JUST WAIT).

And THIS kid met his KINDERGARTEN TEACHER! 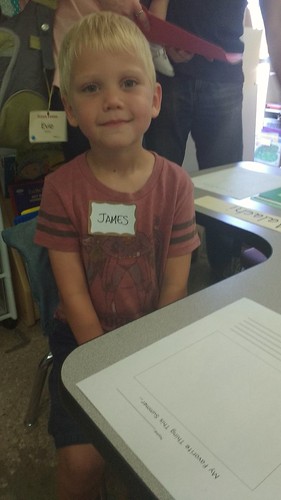 He asks me fourteen times a day how many days are left before kindergarten. SO EXCITING.

And now I have to go, you guys, because I am TIRED. Because we checked off a few more summer bucket list items today and they involved a lot of OUTSIDE.

A preview of that: 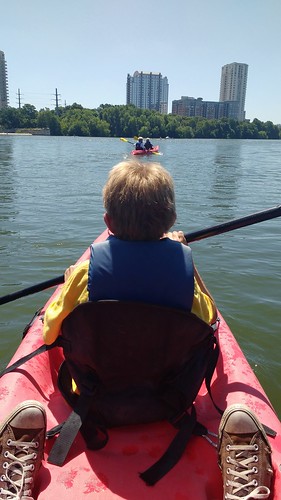 And we have more outdoor water fun tomorrow! Yay?

I LOVE Mary's face!
And now I'm kind of obsessed with this can of wine you speak of. I'm thinking that it would fit nicely in a koozie...