Slogging through the end of the semester and preparing for summer in a HIGHLY piecemeal fashion.  Does anyone remember what the hell weeks I signed the kids up for Y camp?  Anyone?  Because I'm pretty sure three weeks of camp plus three weeks of school does not equal the eight weeks of my summer research program, but hey, I'm not that good at math (not entirely true).

We have this week of class and half of next week left, but if you ask my brain, I should already be eating popsicles next to an inflatable pool in my front yard.  So things are going well.

We have had a series of exciting episodes of heavy rain over the last couple of weeks.  I've taken to posting radar images on my Facebook feed and naming them after works of music.  The first was the Imperial Death March.  The next one was kind of pretty and exciting, but not scary looking, so I called it "Ride of the Valkyries."  And then the other night I woke up to thunder at three o'clock in the morning, looked at the radar image on my phone and thought "O Fortuna," which I think means that this fun little game has turned into a full-fledged psychological problem.


We had a fairly low-key weekend, which was nice after our trip to camp last weekend. The kids' Saturday chores have been badly neglected (Have I told you about Saturday chores? There are four: toilets, bathroom floors, bathroom counters/sinks, and vacuuming. After breakfast the kids pick a popsicle stick out of a coffee mug with the name of their chore for that Saturday and then they go do it. Vacuuming and toilets are highly coveted jobs. They also have to put all their clean laundry away and straighten their rooms. They cannot watch TV or play outside until they are done with their jobs. This arrangement has reduced then number of neurological events I have had when walking up the stairs into a total craphole by at least 75%.) so it was good to get back into that.

We also had a church cleanup for Scouts. Mary spent the first thirty minutes standing nearby, whining pitifully, but then got REALLY into it. 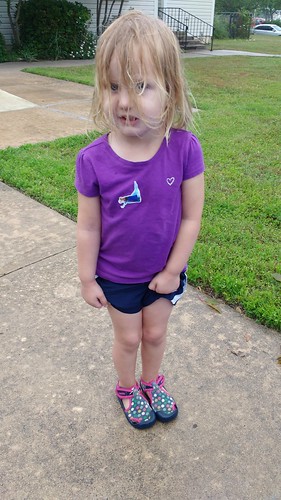 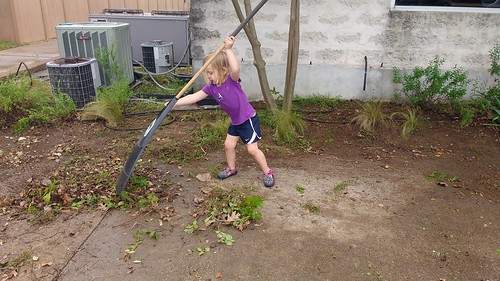 It's never really been hard to get the boys excited about landscape work. 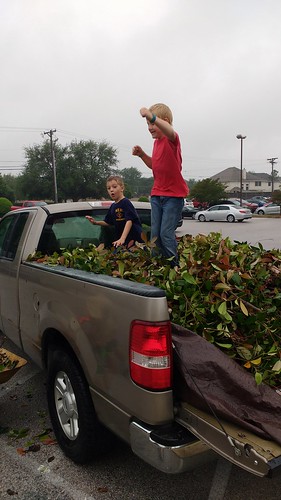 I was so proud when someone told Ryan "Your kids are such hard workers!" but it's really because we're kind of mean. And she caught us on a good day. And we told everyone we were going out for hamburgers at a place with a playground afterward. It could have been any of those things.

Friday we went to a friend's birthday party. Of course, since the invitation said 5:30-7:30 we didn't leave until almost 10:00 and even then we had to tear ourselves away because one of the kids started screaming. I'd say the kids enjoyed themselves. 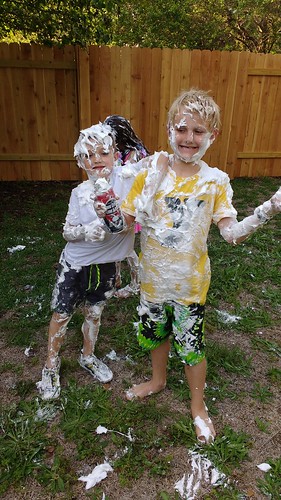 Actually, writing this reminded me to text our friends to ask them whether they'd come across Charley's shirt or James's shoes. It was a good night.

Saturday afternoon Wes went to a Star Wars themed birthday party. We stopped at Target on the way. 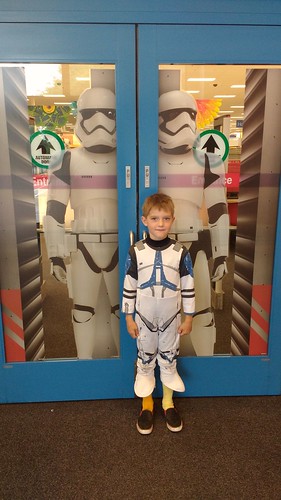 And then he spent the next two hours running around in the rain with a pack of kids, hitting each other with lightsabers. 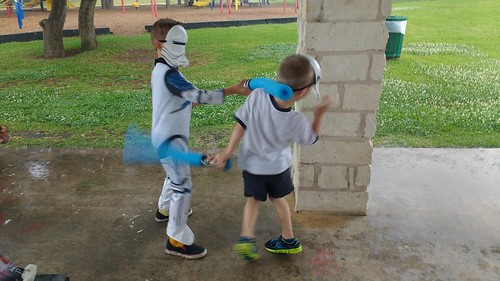 Until he'd finally had enough getting whacked with lightsabers, tearfully took off his costume, and walked slowly to the car, shoes in hand. Later he fell asleep in my lap after one page of Harry Potter.

Sunday after church it was pouring outside and the kids were plugged into the TV, so I opened a beer and dove into the Closet of Doom underneath the stairs. We've just been blindly throwing crap in there for years, which is a problem because it is also the designated tornado safety room for our house. It became more difficult to ignore when we started up our Saturday chore program because that is where we keep the vacuum, and when the vacuum is resting in a horizontal position atop a pile of Christmas decorations and outgrown/broken toys, and someone (me) has to extricate it every Saturday, knocking down a crap-valanche everysingletime, it tends to start things off on the wrong foot. Specifically, a yelling and swearing foot.

Here's the before. I'd rather take my chances with the tornado. 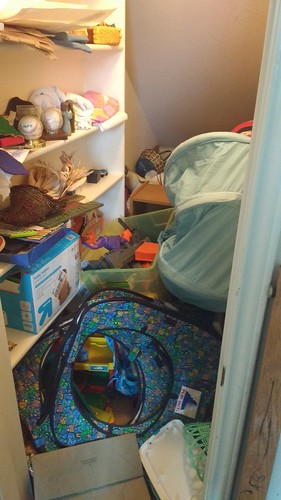 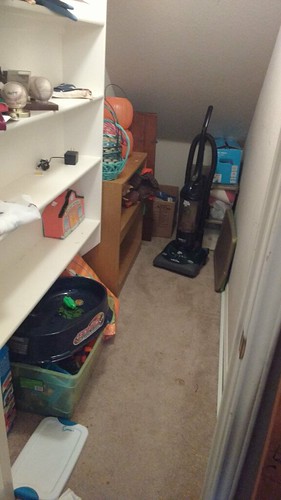 Sometimes I go in there just to look at it. And now I have to go teach and then work on this thing I volunteered for that is WAY, WAY, WAY out of my depth and also due tomorrow morning. I tried to finish it last night, but as it turns out I am no longer cut out to stay up until two AM making sense of twenty pages of isotope analysis. Aging is a bitch.
Posted by Becca at 7:21 AM

Nice closet save! Here's hoping you get only very slender tornadoes; it's still a pretty small space.

I LOVE a good clean out! Nice job!