Spring Break at the Beach

Two weekends ago when we went to Explore UT we learned about the UT Marine Science Center, which is about three and a half hours away and also AT THE BEACH. I've been itching to get out of town, and since Ryan won't indulge my fantasy of going to Puerto Rico for fall break, I decided that the big kids and I would be going to the beach for three days at the start of Spring Break. The little kids had the option of going to school M-W this week and also I took them on a solo beach trip this fall that almost certainly resulted in a lifelong shark phobia for James. Plus I didn't think I could keep four kids alive in the ocean by myself, but two capable swimmers seemed slightly more manageable. So with only days to spare, I went online and found a nice enough looking condo via AirBNB and it was set.

The kids were OMG SO EXCITED. It was all they could do to get through the weekend before we left without totally spilling the beans to James and Mary. Fortunately it was a super exciting weekend of mattress shopping and home maintenance. We left Monday morning and as soon as we pulled out of the driveway Charley asked me to crank the music and roll down the windows.

We arrived at lunchtime and headed straight for the original Whataburger for lunch, where we ate our regular Whataburger choices, but this time WITH AN OCEAN VIEW. The kids thought it was AMAZING that we were eating at the VERY FIRST WHATBURGER EVER, which Charley said as he reverently stroked a concrete wall with his hand.

After that we headed to a university in town that is on an island and has a nice hike and bike trail all the way around the (not very big) island. The bike ride was nice, but the real highlight of that was finding the fully intact coyote skull that Charley proudly carried around for the rest of the day. He took it with us later to ask a biologist what it was and she got REALLY INTO IT, showing him all the teeth and even getting out a model coyote skull to compare.

Then we headed to our condo on the other side of town. I'm not gonna lie, the outside of the complex looked REAL SKETCHY. A huge patch of moss growing on one wall, lots of shabby looking paint, missing siding. But, it was REALLY CLOSE TO THE BEACH and the pool was in good condition, so whatevs. Our actual condo was very nice, newly renovated and painted with an up-to-date kitchen and nice view of the beach. I loved it and would go back this second I could. Clearly the best part of this deal was the way you walk down the stairs and around the corner and are ON THE BEACH. For some reason, this view was not on the AirBNB listing, but what a nice surprise! 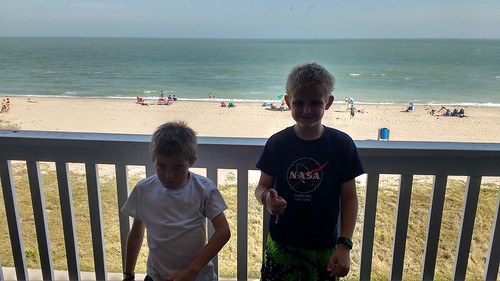 After dropping off all our junk we headed straight to the beach, where it became obvious that I was going to be a FULL PARTICIPANT in the swimming, since there was an incredibly tempting sand bar just far enough out to be completely terrifying. The kids were in HEAVEN. 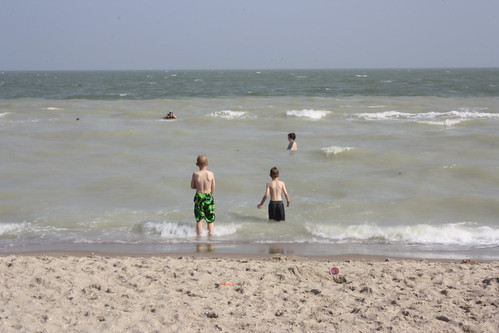 After swimming for more than two hours we tore ourselves away and found a grocery store to buy some PB&J supplies, breakfast, and a frozen pizza. Then we ate pizza and played dominoes, in keeping with Charley's Road Trip Vision 2016. 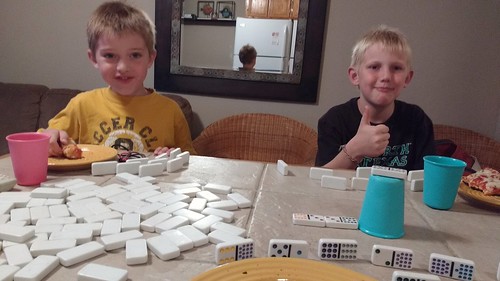 In the morning we got to take a ferry to the island where the Marine Science Center is located. It was really really fun and also really really short, less than five mins to get across the ship channel, not really even long enough to get out of the car. The UTMSC was great, with lots of exhibits for the kids and a nice nature trail that has signs to point out all the different types of environments they have on the island (marsh, estuary, river, etc). They had a ten-foot long whale jawbone that amazed the kids and a hermit crab that was bigger than Wes's hand. 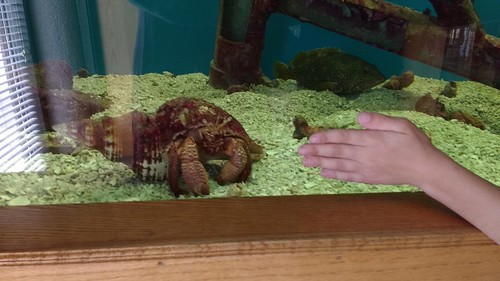 We went to a beach nearby for our picnic. Wes asked if he could go "put his feet in the water" and I said SURE NO PROBLEM because obviously I was born yesterday. 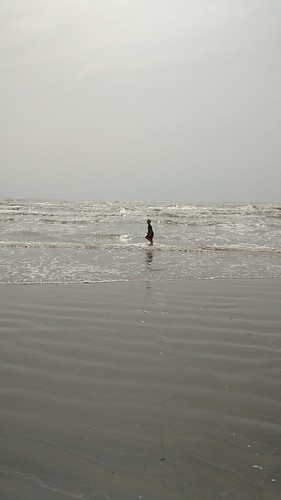 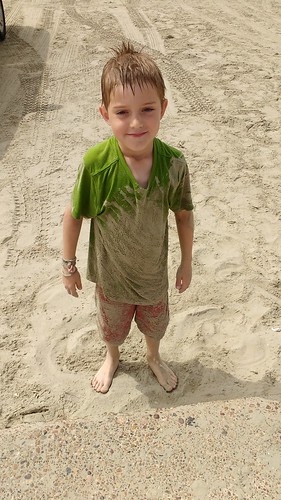 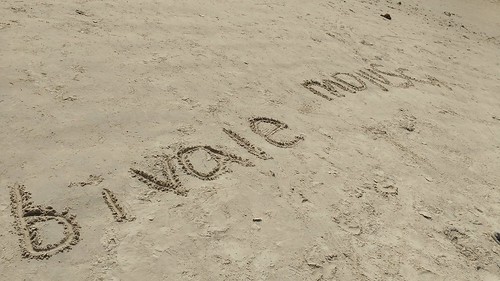 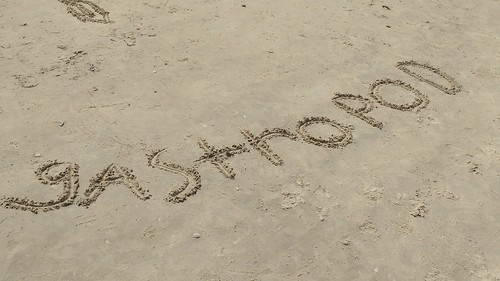 Charley found something I thought at first was a condom, but turned out to be a Man-of-War jellyfish-like animal that stings. 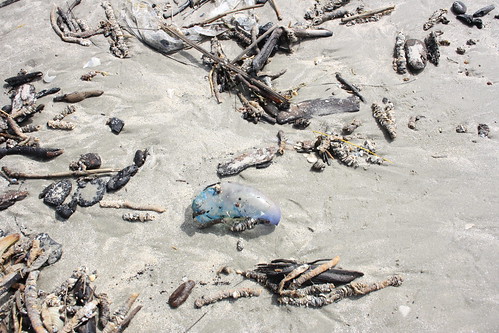 Which is how I found myself Googling "are man-of-war stings dangerous" because the law of nine year old boy dictates that you cannot just leave dead animals where they are without poking at them with a stick, attempting to pick them up with a stick, and then "accidentally" poking it with your finger. He was fine.

And of course this is Texas so you can't go to the beach without seeing a supertanker pass by in the distance. 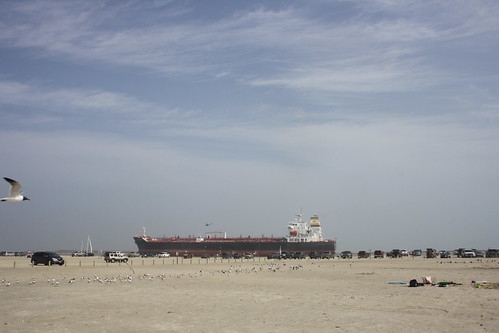 We headed back to the UTMSC to ask about Charley's coyote skull and also to buy a souvenir tshirt for Wes to wear home so he could stop shivering.

Stopped for ice cream on the way back then went BACK to the beach for MOAR SWIMMING before going out to a place called Blackbeard's so Charley could try seafood. He got crabcakes and I got fish tacos. Then we all ordered dessert. Also, I got a beer because duh. After dinner we walked around the little tourist area and went to look at the huge aircraft carrier they have docked there. Charley and Wes and Ryan have spent the night on that thing a couple of times so we didn't go on the tour, but it sure is impressive-looking from the outside.

Right next to the Lexington there is a 200 yd long fishing jetty that is about four feet wide that quickly attracted the attention of the kids. 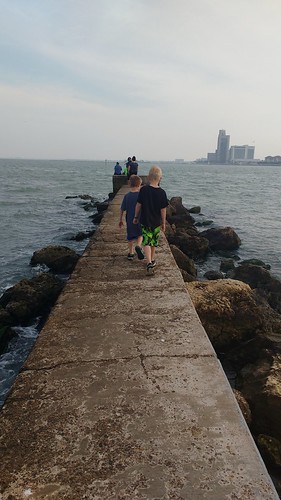 Not even on the same planet as my comfort zone.

Oh look! That supertanker is superclose! 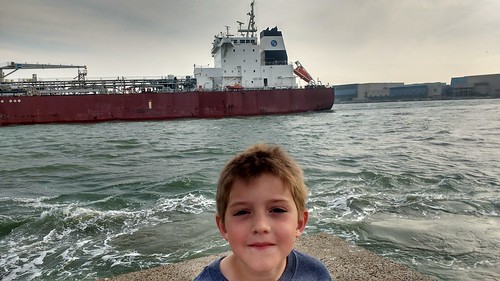 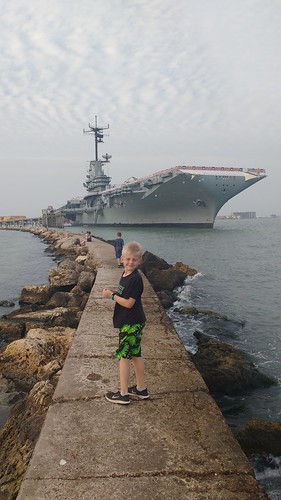 Charley woke up still wearing his swimsuit the next morning then made me some coffee while I was in the shower. 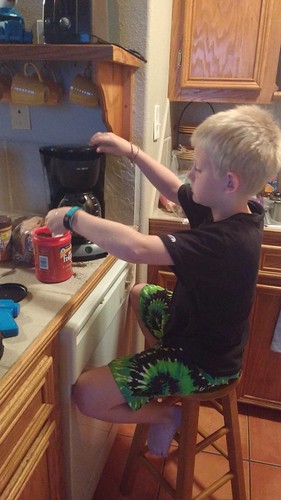 And then we went BACK TO THE BEACH at 8:00 AM. It was hard to leave, knowing we would be not be back for a long time, but we managed to clean up the condo and load up the car. Next stop was the aquarium instead of the original plan, which was the national seashore an hour away that would have made our drive home really long (I am saving that for another trip, though. I've wanted to go for YEARS). The aquarium was very close to our place and just seemed like the thing to do since it was kind of rainy and gray. We saw a GREAT dolphin show from the splash seats. 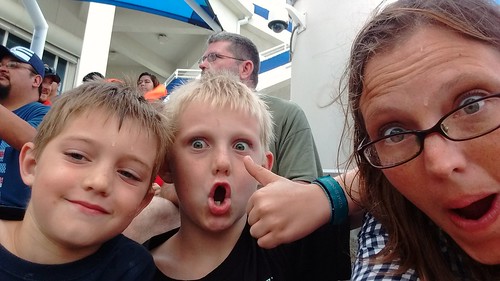 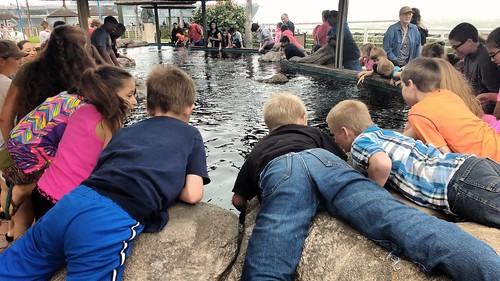 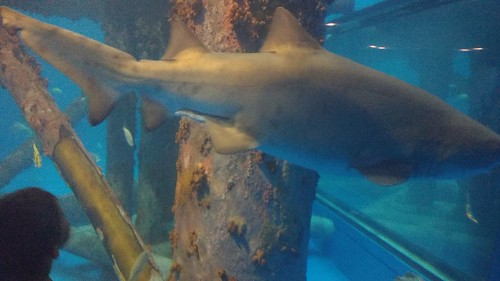 And then it was time to leave and go home, which was a largely boring and uneventful drive until we missed our exit and Siri took us on a wild goose chase through the outskirts of San Antonio where, I swear to god, I saw some F16s fly the MISSING MAN FORMATION above our heads as we drove through an industrial park/countryside area going thirty five miles per hour. So that was terrifying, but other than that, completely uneventful. I cannot WAIT to go back. This time with everyone, because as easy as it was to hang out with just the big kids for a few days, I really missed them and I know they would have had a great time. We will go soon.
Posted by Becca at 12:41 PM