Glad we cleared that up

On Tuesday I picked Mary up from school and her eye was all red and puffy and kind of scratched a little. Once we got home I took a picture and sent it to my friend, who is a nurse, asking if she needed to go to a doctor or if I could continue with my plans of an early bedtime and going out to a Hillary primary returns watch party with my friend Cindy. 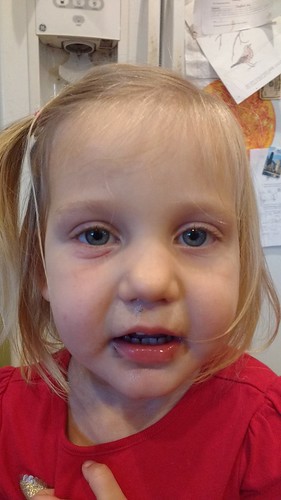 She came over and took a look and said it was probably a minor injury and not some eye eating infections disease, so I treated it it with some ibuprofen and a pat on the head and sent her out to play. By dinnertime she was starting to look like she had been in a street fight, with a fat purple line of swollen skin under her eye and a bright red scratch under that. She said it didn't hurt, though if you asked her about her eye she faithfully pointed to the hurt one and exclaimed the same emphatic nonsense sentence she'd been telling me all afternoon.

Everything seemed fine, so we put her to bed and went downtown to the party and had dinner with my friend and Ryan drank a beer and watched videos on YouTube about how to program in C and really it was a lovely evening for everyone. 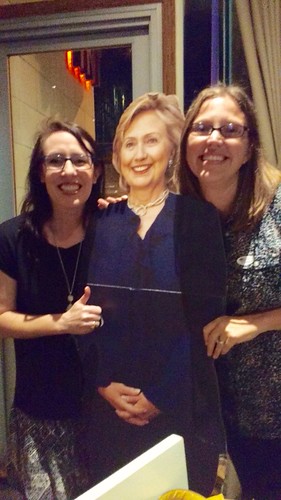 Mary woke up the next morning feeling OK but looking kind of like a prizefighter. I asked her AGAIN what happened to her eye. She told me the same exact nonsense words she'd been saying all along. She obviously was telling me SOMETHING, but I had no idea what it was.

Today, she woke up. The swelling was starting to go down, but the scratch remained. I asked her again "How did you hurt your eye?" This time, I understood one word, "Jackson", the name of a little boy who is easily a head shorter than her in her class.

Me: Did Jackson scratch your eye?

Me: Oh no, was it an accident?

Me: I wonder why Jackson would scratch your eye!

Mary (clear as a bell): I bite Jackson, he scratch my eye.

AWESOME.
Also, kind of really love that she refused to acknowledge that it hurt. Like a toddler version of "But you should see the other guy"