Jen Hatmaker posted a real-life picture of her laundry room on FB the other day so I figured I would post a picture of my Thursday evening, in the interest in full-disclosure. 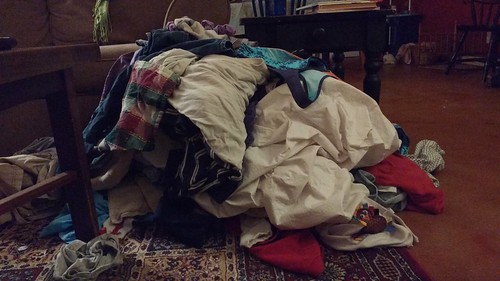 It's not all bike rides around the lake around here, you guys.

Except today that's exactly what we did. We had such a good time on our slightly responsible bike outing to our city's club district last weekend that I wanted to take the kids on a big bike ride as soon as we could (A bike ride that did not involve A) Drunk twenty-two year olds or B) Pitch black darkness).

While we were out I also wanted to buy them super fancy ice cream sundaes to celebrate our upcoming wedding anniversary. Fortunately, there is a hotel with just the right fancy restaurant (we discovered this place years ago after I suffered, pregnant, through an entire car show with Ryan and a kid or two, and had a hissy fit on the way back to the car that ended with us sitting on a lovely patio drinking iced tea and eating guacamole in the sunshine. Hissy fits FTW). It is on the bike path and they have outdoor seating. And fortunately we live in a city where I can wear scrubby biking clothes to a fancy restaurant and only get a *little* bit of side eye from the hostess.

The bike ride was wonderful. Mary rode in the seat on the back of Ryan's bike and screamed "GO FASTER" every time he slowed to avoid hitting a pedestrian. 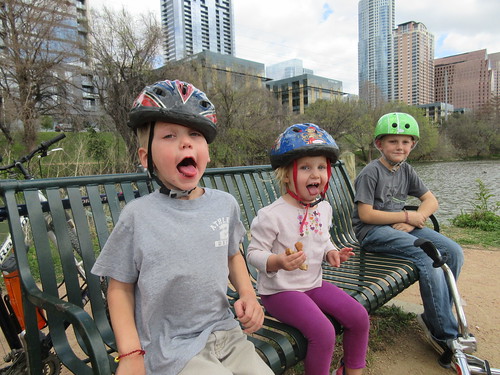 We stopped for a picnic: 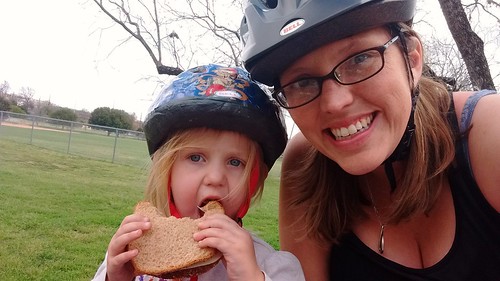 The kids asked if they could go play on the grass while we waited for our ice cream and we let them go, after giving them the whole "we are at a restaurant you represent this family please don't have a giant screaming fight ftlog" rundown. After several minutes I happened to look over and witness THIS cozy scen e. 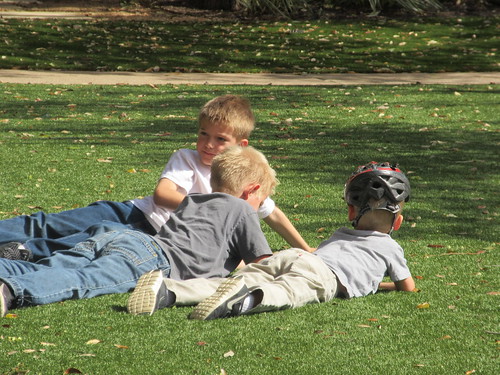 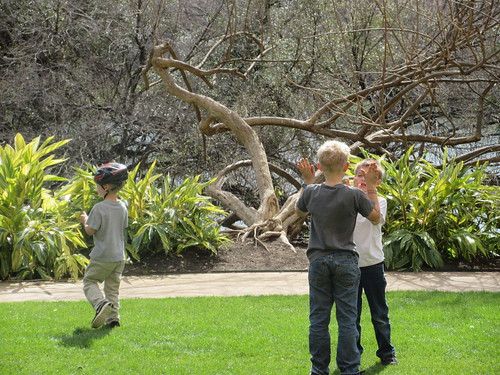 This place totally delivered on the fancy ice cream. 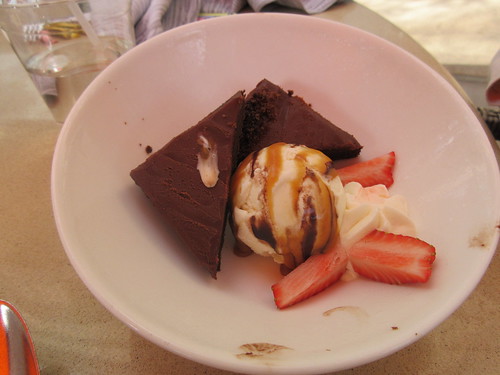 Mary ate her ice cream and strawberies then daintily placed her dripping brownie triangles directly onto the table so that they would not interfere with her need to drink every last drop of ice cream out of the bowl. 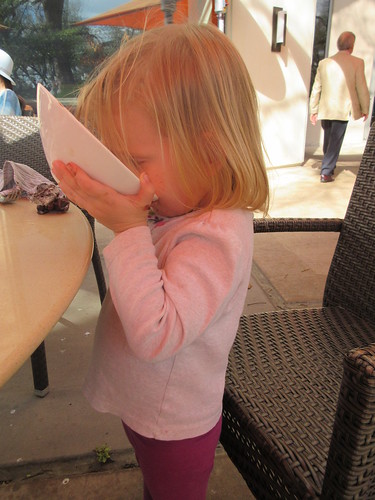 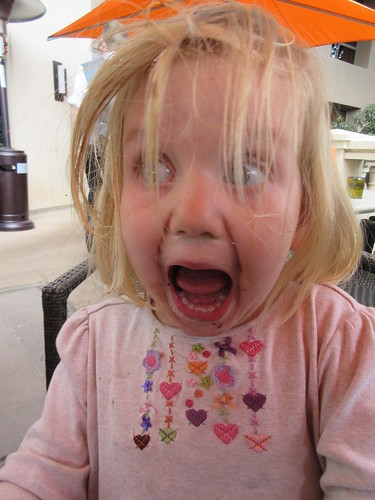 We played in the hammocks for a while (once a pecking order was established). 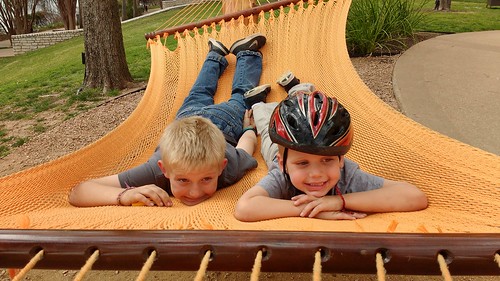 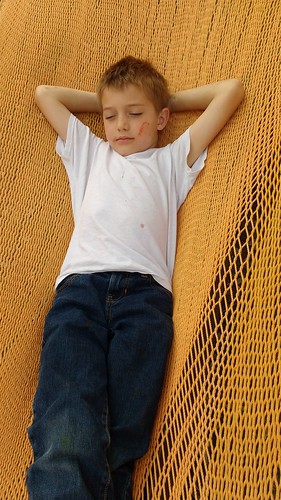 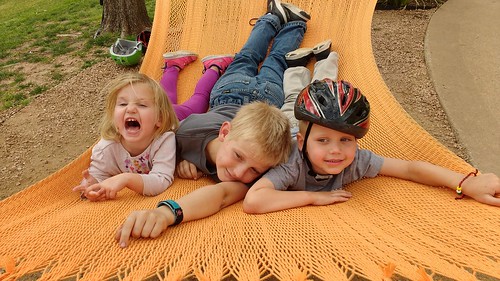 Ryan had a flat tire when it was time to leave so he took my bike and Charley and Wes and they rode all the way back to the car, loaded up the bikes, and came to rescue us (from sitting on a dock in the sunshine watching ducks swim by). Then we went home for EVEN MORE BIKING with the neighborhood kids before we forced everyone to take a shower because EW.

Also this weekend was the Blue and Gold Dinner. More on that and my CUBMASTER HUSBAND later. 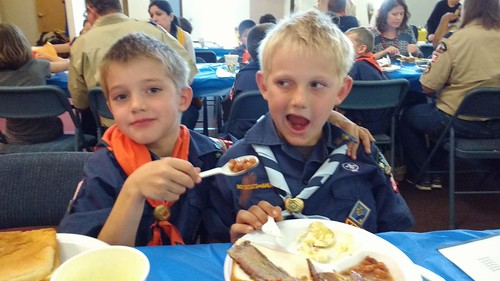 You guys are so fun

total win! hugs all around!