The Weekend of a Thousand Activities

The weekend of parties/booze/cupcakes is over, sadly/not sadly for my general overall health. We had SUCH A GOOD TIME. We actually ended up starting the weekend Friday afternoon after school when I joined several friends at an outdoor restaurant with a playground to celebrate one friend's graduation from seminary with beer and hamburgers. We've been having really stupidly warm weather and it was lots of fun. 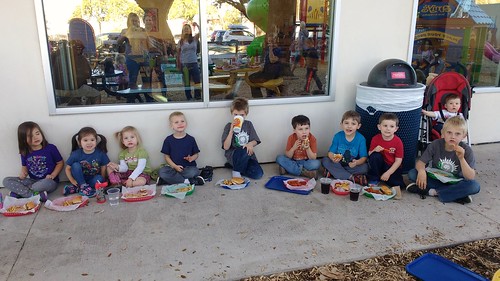 We had a few kids between us.

Saturday morning we started the party circuit with breakfast tacos and a house FILLED WITH LEGOS with another friend. This one was pretty easy for us since the kids disappeared into Legoland the moment we arrived and (except, notably, for the raucous upstairs trampolining that made the kitchen light fixture sway and flash) we really didn't have to intervene very much. There was great food and mimosas and cake. What more could you ask for?

When that was over, we didn't want to drive all the way home since we had another party in the same neighborhood that afternoon, so we drove to a sort of nearby park that I've wanted to check out to go hiking. Apparently everyone else in the city thought a perfect, seventy-five degree Saturday afternoon was a good day to go for a hike by a creek, so it was a little crowded, but not in an annoying way. Mary slept on Ryan's shoulder for the first quarter-mile or so, but rallied when the boys started stripping off their shoes to play in the water. 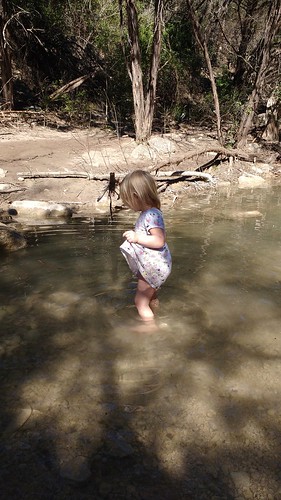 I actually took that picture while we waited for Ryan and Charley to get back from the car. You see, Charley was attempting to do some nine year old boy thing and accidentally fell into a deep part of the creek, UP TO HIS SHOULDERS. I was looking another direction and heard the huge SPLASH, then turned around to see him hoisting himself out by a tree root. OOPS. He was upset by it at first, but then started telling the story to everyone he saw on the trail. Fun childhood memories!

(Also, when researching the park that morning I noticed that there was water in some of the pictures, so I packed a bag of towels in the trunk, *just in case*, because something like this happens EVERY TIME we visit a creek.)

After some more fooling around and exploring we headed to Birthday Party Number TWO, which, fortunately for us was super-laid back and at a park with a playground. There was a guy playing a guitar and reading stories that transfixed Mary for the entire two hours. Wes spent the whole time on the playground. James kicked around a soccer ball. It was very nice and relaxed, which was good, because when we got back in the car to go home it was WORLD WAR THREE. By the time we got to the grocery store to get a pizza for the kids and the babysitter we were ready to surrender someone at the fire station (kidding, but seriously).

We got home at 6:15, threw the pizza in the oven, changed everyone into jammies, quickly changed our clothes, and were about to push "play" on the Harry Potter DVD when the babysitter arrived at 6:30. Then we peeled rubber out of the driveway to go to our THIRD PARTY of the day, which was a grownup party for grownups at a fancy Mexican restaurant. After a day of really fun but completely exhausting kid wrangling this was JUST WHAT THE DOCTOR ORDERED. Also I was glad to have a high schooler babysitting the kids because then I could say "Shoot, I'd love to go to the club with you after this, but our sitter has a curfew, next time!" because I was SUPER BEYOND EXHAUSTED. We drove home, checked on everyone, and then PASSED OUT COLD.

Sunday morning we were back at it again bright and early because the kids were doing the prelude at church. Charley played the piano and Wes sang (A SOLO, WHO'S CHILD IS THIS?). They did a beautiful job! I was so proud!! 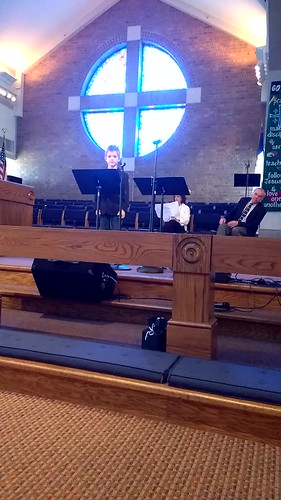 And then after that it was grocery shopping-homework-piano-workout-dinner prep-room straighten time. And then I barely made it through Downton Abbey with my eyes open (until that one scene ,you know which one I'm talking about, and then it was NO PROBLEM). BIG. WEEKEND.
Posted by Becca at 8:15 AM

I love that you killed time by hiking and crossing streams!
That video of the boys made me so happy! Is there anything sweeter than kids singing church songs?! And Charlie played so well!