Class was a disaster today, friends. I mean. Sometimes it just happens. I don't want to talk about it. Except that I don't really know how to move on with the rest of my day and not crawl into a hole (update: I ate my lunch, a sensible beef and kale stir fry that I packed this morning obviously unaware of the carb loading I would need to do just a few hours later. The three Andes mints I brought as my "treat" and the apple slices I brought as my "snack" are openly mocking me right now). Sadly, there is no time for hole crawling.

BUT YESTERDAY WAS FUN! Yesterday the big kids were out of school. I had a meeting downtown and since I just started working with these people and want them to like me, I didn't want to Skype in or skip it altogether, so I bribed my sister with lunch and she came with us to watch the boys during the meeting.

Reasons that I am an awesome sister are that the meeting took three times as long as expected and Charley and Wes had a huge fight about who got to hold a bird (?) for longer. 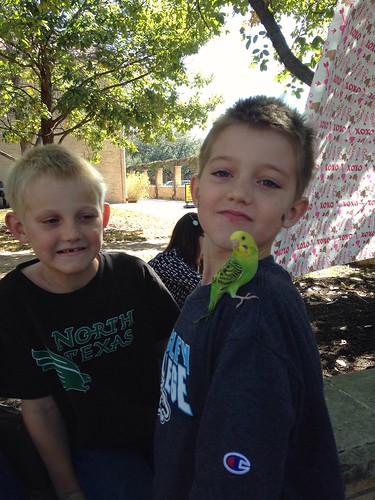 The bird in question.

We stopped nearby for lunch, thrift shopping, and ice cream after the meeting and all was forgotten. We unintentionally all ordered something made with pulled pork at the walk up restaurant. I stand by that decision. Even though the person taking our order called over her shoulder "Two pulled pork tacos and two pulled pork frito pies, can we do that?!" to someone in the back (they could and it was glorious). 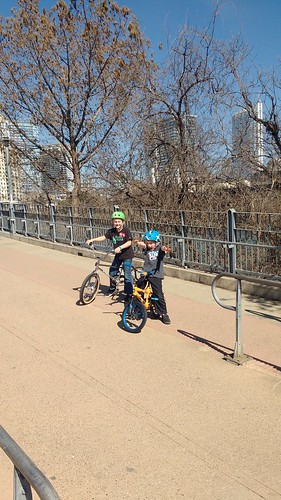 As a treat, I let them ride up and down this spiral pedestrian bridge a couple of times. 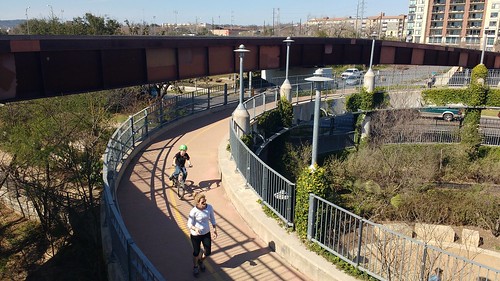 Boy treats are different than my treats.

They proclaimed it the best day ever and the car was notably quieter on the way home than it had been that morning. We went off to piano after that and then to get the little kids and then to the grocery store and then back to piano to pick up and then home to slap some dinner together, finish homework, practice piano (Charley's new recital music is FREAKING HARD), clean up, get everyone in bed, fold laundry, and then go to a friend's house to work on a project for our church retreat (she and I are in charge of cabin assignments, it's a powerful, powerful job). I got home at ten thirty.

And now I have to shake off my class and get SO MUCH WORK DONE before pickup and also I have no idea what we're eating for dinner. Blurgh.

Updated to add: Kind of proud of my Valentine's Day dinner. Did not suck*: 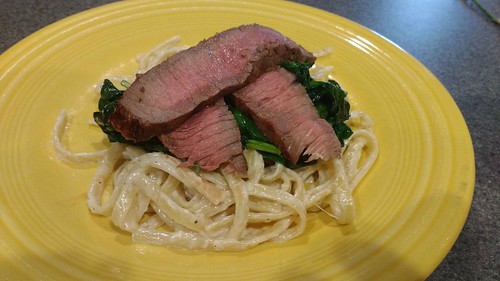 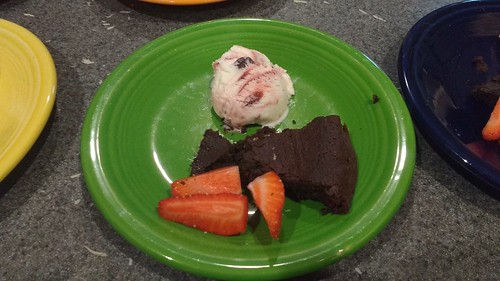 I mean, I pulled UNDERWEAR out of my pocket in LECTURE today. How much worse can it get?

Haha, difficult to match the underwear! I once discovered a pair of socks in my pocket during a lecture...but students didn't notice..phew!
Btw, I have a couple of 30-year industry experience students in my course this year that make me sweat the class like crazy. Every lecture I can finish without them asking super tough questions that leave me scratching my head are a WIN! (only a handful of lectures have been a win...sigh).

There's a (ex) professor at my school who screamed at a student's guide dog and then walked out. So, no underwear and no meltdown...