My face is itchy and I have a ton of work to do, but here are some pictures!

Wes's hermit crab, Destroy, has been missing for a week. *Someone* (not me or the other adult in the house, but the next tallest person after that) left the tank open overnight "just to see what would happen." What happened is that Destroy climbed up the wall and escaped to who knows where. We've been leaving food and his little coconut shell house out at night in hopes of luring him out into the open, but so far no luck. Poor Wes. Poor Destroy. 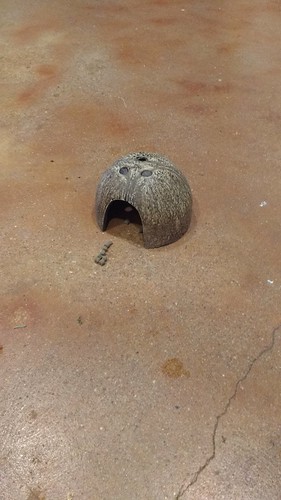 I am still hoping he miraculously appears somewhere in a week or two like he did the time he showed up in the bathroom when we thought he was dead.

My cousin and her friend came to visit us for a few days and we had SO MUCH FUN. My sister and I picked them up at the airport and spent the afternoon eating giant hamburgers and shopping at a trendy thrift store where I spent $25 on: a shirt, a sweater, a Janie and Jack dress for Mary, an enormous framed print of the duck pond in Boston (FOR SIX DOLLARS!!!!), two small framed collages of birds, and a ceramic duck head that I am making Ryan hang up in the kitchen (which officially makes my kitchen bird themed, I think, since I had two birds in there before and will now have FIVE). Even Ryan was impressed and he usually doesn't understand shopping-related fun. We had a fun dinner with them at my parents' house on Sunday and then planned to spend all day Tuesday with them too. It was supposed to be freezing outside (which is a real problem, since we normally do outside things and it is hard for me to come up with fun inside ideas) so we started the day with the best cinnamon rolls in town and then headed to a vintage bowling alley (which was FILLED with retired men, adorable, but quite the contrast to our loud party of teenagers and kids who kept bowling in the wrong lane and getting the ball stuck in weird places). 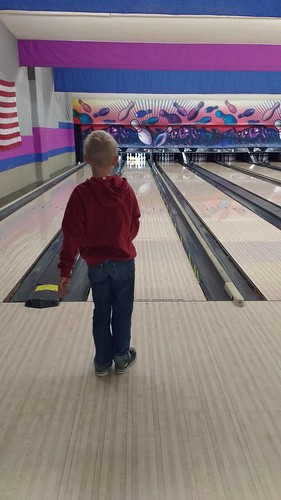 This is the only picture I got. Stunning.

After that, Charley was nearing DEFCON 4 (Bowling stresses him out like nothing else), and it was warm outside (surprise!), so we took everyone kayaking. The girls each took a big kid out and my mom and I sat on the dock in the sunshine for an hour. WIN WIN WIN. 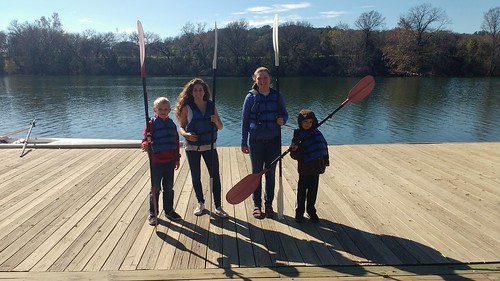 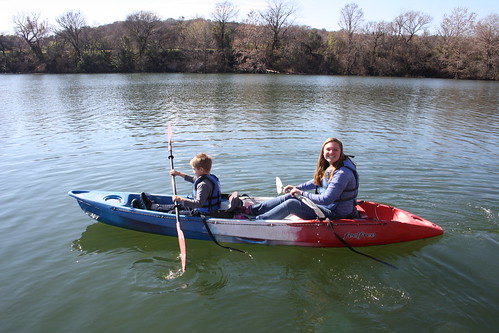 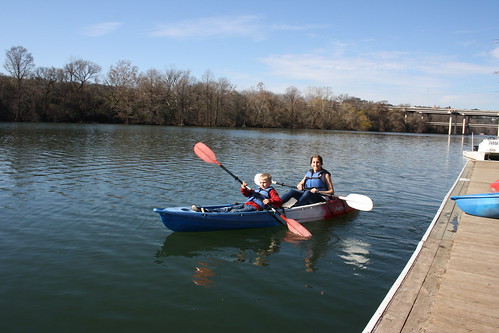 When they got back, Bridgette told us she was freezing because her pants were soaking wet and Charley said sheepishly "I have a lot of trouble controlling my paddles." Oops.

Charley insisted that we celebrate Three Kings Day (Epiphany) by making a King Cake. He further insisted that HE make the cake since HE got the baby last year when I hastily slapped a King Cake together two hours before Ash Wednesday. But since he was at school and it takes four hours to make a King Cake I had to start the dough before he got home. Then he came home and rolled it out, filled it with brown sugar, butter, and pecans, and braided it. 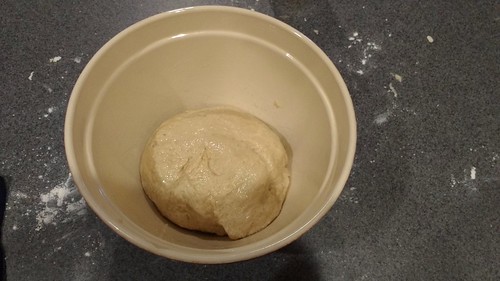 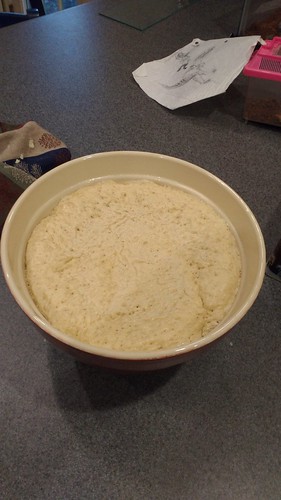 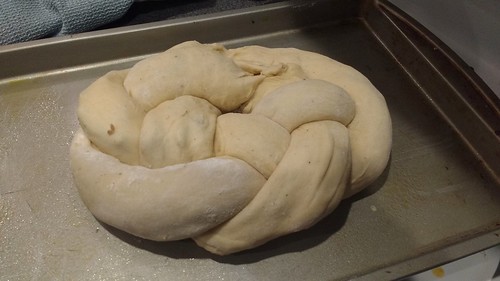 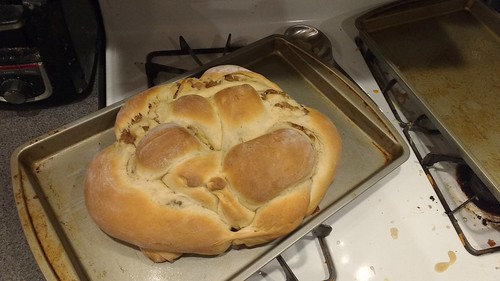 The recipe was for two cakes and I made one huge one because that's how we roll. I had the last piece for breakfast this morning. Yum.

I am back to work too finally. I haven't gone up to school yet, because I don't teach until next week, but I've started working at the cozy desk we put by the window for the kids and it is lovely and sunny. And yesterday I left the windows open all day (because I made these amazing Chinese meatballs that were so so good but also made the house smell like a Chinese restaurant that was on fire), which made it extra special until one o'clock in the morning when I woke up trying to scratch my face off for all the pollen that had blown into my eyes all day long (I sipped some kids' Benadryl directly from the bottle and was able to sleep for four more hours before finally waking up and counting the hours until I could take a Claratin. Doing better now). 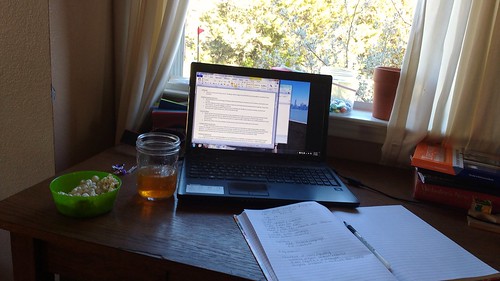 That is not beer, it is tea. Also, popcorn, where have you been all my life?

Also yesterday, the weather was wonderfully warm so the kids played outside in our drainage infrastructure all afternoon. 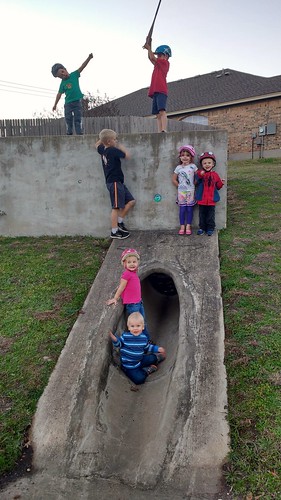 Love to hear that there is a King Cake in the US! Having moved here just a couple of years ago, one of the things I miss is the Spanish Roll of Kings! It is very different (it's a ring with a very perfumed orange blossom flavor, topped with candied fruit, almonds and sugar. It normally has a very small present inside the dough (small figure of something wrapped in plastic), and everyone loves to see who gets it). It can also be cut in half all around and filled with whipped cream or chocolate.

Here is a website where it explains its history and recipe: http://www.spanish-food.org/desserts-roscon-de-reyes.html

The fact that your family is actively trying to lure a wayward hermit crab home makes me feel like everything is right in the world. You guys are awesome.