The blog equivalent of stepping out into the sun, squinting at the brightness

Wow guys, it's been so long since I posted that Mary turned into a Tween! 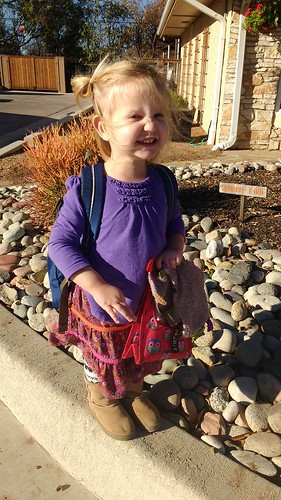 No but seriously, soon I will be able to tell you all about the time last weekend when I got my hand snagged by a fishing lure in my garage and had to be cut out and driven to the emergency room by my neighbor. I'm almost ready to laugh about it. Almost.

But how can you get hooked (by a fishing lure) and stuck to an upholstered chair in the garage and have to be freed by your neighbor and then go on to write about more ordinary things without mentioning it? It's like a big, fishhook shaped elephant in the room.

The other thing that happened was finals week, but who really wants to hear me complain about my hard, hard job that I can do from my couch while eating Christmas candy? 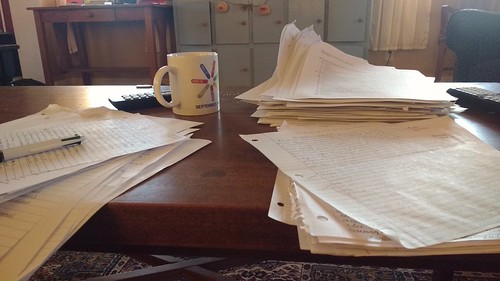 (But HOLY S*** you guys it was the PERFECT STORM of grading because I (stupidly?) gave them an extra week to work on their climate lab reports, a fifteen to twenty page document that they ended up turning in THE SAME DAY AS THE FINAL which meant I had twenty lab reports, sixty finals, and sixty final essays to grade OVER THE WEEKEND. The weekend we had plans EVERY SINGLE NIGHT. I got the lab reports done on Friday, BARELY, which meant I did the multiple choice Saturday night, short answer and most of the essays Sunday night until I lapsed into unconsciousness, more essays Monday morning, the last two straggler finals also Monday mid-morning, then the totaling and entering and calculating and spreadsheeting and entering into the online system in a frantic two hour period immediately before I had to pick the kids up today. So that was awesome. Probably could have saved some time by not documenting the experience via live Facebook updating.)

Friday night was the annual Live Nativity at our church. We were all signed up to be shepherds. 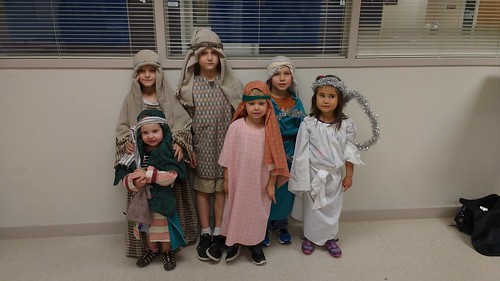 But then Wes and James wanted to try out ALL THE PARTS and were in three more shows. I heart them. 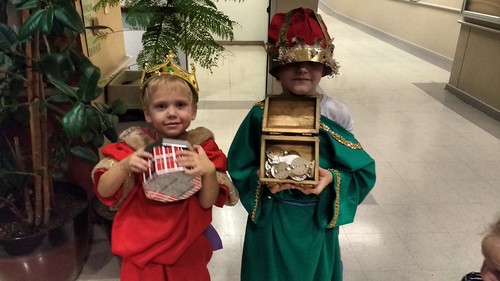 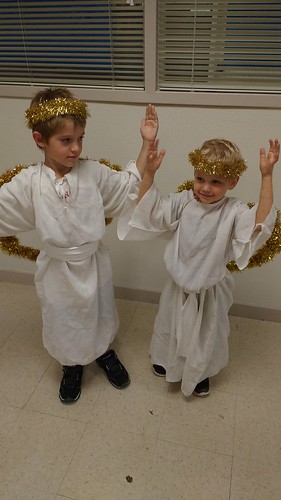 Saturday afternoon I spent baking three kinds of cookies/Christmas desserty things for the party we were going to that night and the kids played outside (because it was IN THE MID-SEVENTIES, which is doing NOTHING for my baseline climate change anxiety level).

Saturday night we had my work holiday dinner and then a friend holiday party and Charley and Wes had their piano studio party ALL AT THE SAME TIME. Thankfully my parents were free to help make that bit of schedule magic happen. Sunday morning we lit the Advent candles at church as a family and no one picked his nose or fell into the handbells. Charley read the passage, Wes lit the candles. It was peaceful and lovely and MAYBE WE'RE GETTING THE HANG OF THIS GOING OUT IN PUBLIC THING (although James and Mary had to be taken to the nursery afterward because they were too wild even for the casual service we were attending, so no).

Sunday afternoon was cozy and filled with cooking. I've been making fancy Advent dinners on Sundays this month and this week we had London broil, baked sweet potatoes, and asparagus and for dessert I made this gingerbread trifle with cranberry custard and whipped cream thing I saw on the Food Network while I was running on the elliptical (COUNTERPRODUCTIVE). 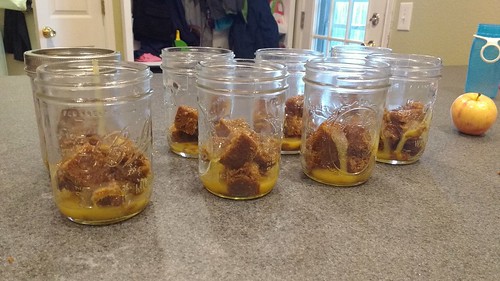 Looks a little weird, but HOLY COW YOU GUYS it was amazeballs. It was like bread pudding except gingerbread and without all the stupid raisins. Want more right now, but no--eight egg yolks and an entire stick of butter. Yum. O.

Apropos of nothing, here's a picture of the wall behind our TV. We finally got our grown up TV and hung it on the wall and there was a big empty space around it, so I set out to fill the empty with something that would come close to my budget of zero dollars. Fortunately for me, the $130 shelf I'd been eyeing at Ikea was painted the wrong color and instead I found a different, smaller shelf at Lowes for THIRTEEN DOLLARS! Then I went to the Goodwill and picked up all the knickknacks that caught my eye and an embroidered table runner that I decided to hang vertically on the wall in a moment of inspiration. 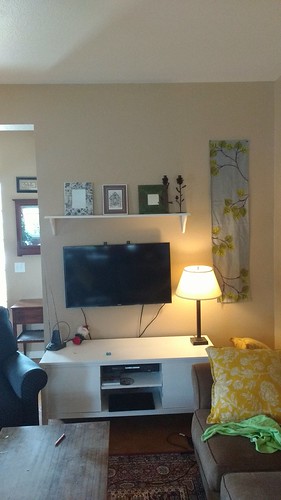 And finally, the tree in our front yard turned really pretty on Friday. 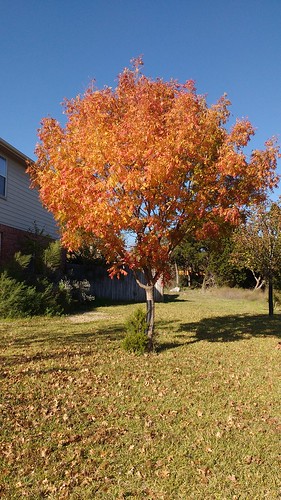 You are all up to date. I am going to go sleep like a dead person now because WOW.
Posted by Becca at 8:12 PM

To me, you are Amazeballs! Have a great holiday Bec! Hugs to all the kiddos and extra nice hug for Ryan! I got to watch the cool vid he forwarded me. Keep thinking about that boat in your future...you'll get there. It only took us 15 YEARS to go sailing on ours after buying it! Stay safe, Candy