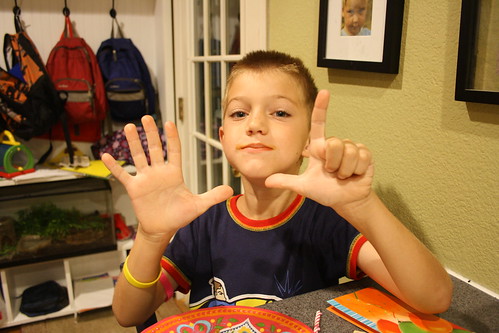 Wes's birthday was yesterday. Poor sweet baby told Ryan "School! I'm really excited about school!" when Ryan asked him the night before "Are you excited about anything tomorrow, Wes?" He remembered when he woke up Monday morning, though, because BREAKFAST CAKE. 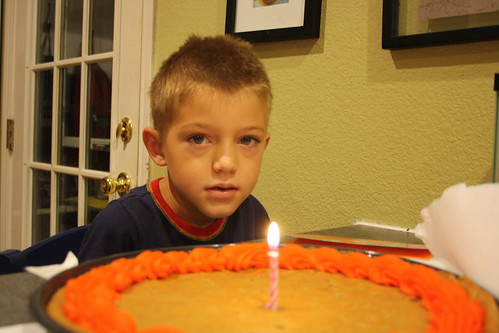 Before he blew out the candle he closed his eyes for a LONG time to make his wish. Like, wax dribbling onto the cake long. He wanted it to be perfect. I heart him.

He requested chocolate cupcakes with whipped cream inside and chocolate frosting so while they got ready for school I slapped together some cupcake batter and threw it into the oven. I wasn't going to let a MOUNTAIN of lab reports keep me from making homemade cupcakes for my seven year old! Although I did let it stop me from putting all the milk in the bowl and using paper muffin cups, both of which turned out to be kind of a problem later, if you consider a cupcake pan half full of stubbornly adhered chocolate cupcakes to be a problem (and I don't because I put the extra frosting on them and left them on the stove top where I can grab a handful every time I pass through the kitchen).

I put M&Ms on top for maximum pancreas overdrive. 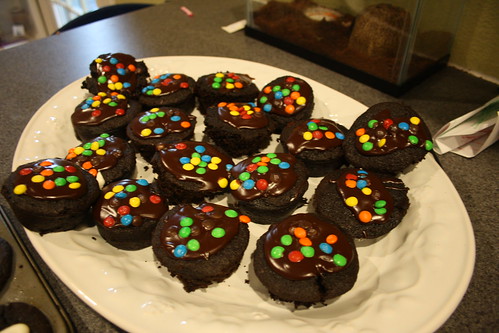 Also yesterday I went to a coffee shop to address the lab report situation and chose the table with the five foot tall lion looming over it because WHY NOT. 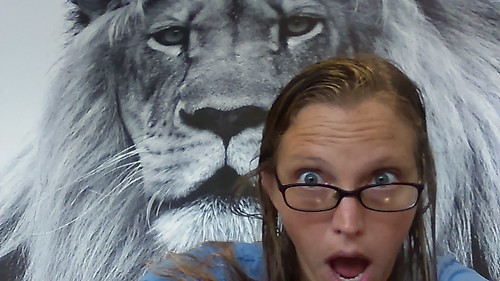 I spent the time after lunch but before pickup cramming several ounces of white frosting into each of the cupcakes that would actually come out of the pan. Fortunately, we had just enough for all the neighborhood kids I invited over for cupcakes after dinner. After I picked the kids up, then dropped them off at piano, and then went home to watch Wild Kratts with Mary and James ("cuddled up" per request), then back to pick up the big kids at piano an hour later, we arrived home to find, happily, that my neighbor was getting new appliances and DID NOT WANT THE HUGE BOXES. Can you even imagine? 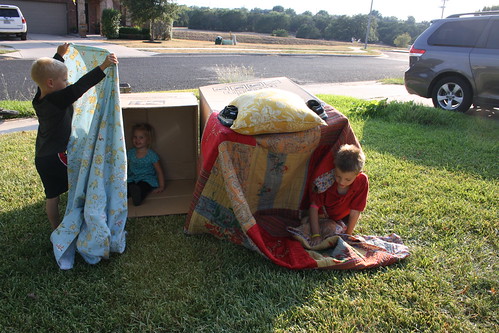 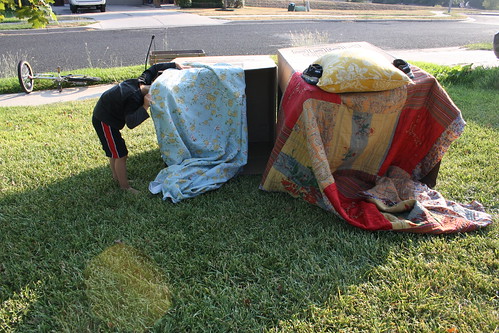 My favorite table cloth, all our new throw pillows, and a quilt I love out on the lawn? CHECK CHECK CHECK.

We all ate a VERY hasty spaghetti and meatball dinner then opened presents and ran back outside. Then our neighborhood friends all came over for box frolicking and cake. 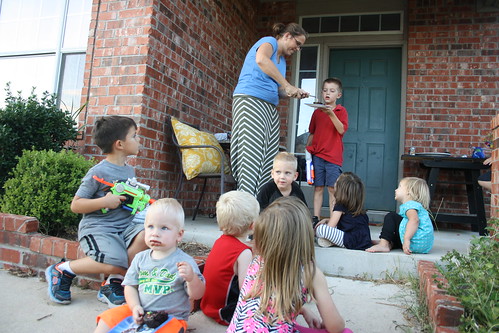 (All of the big kids not pictured because they were busy riding scooters around in the culdesac while shooting each other with Nerf guns and then hiding in the sewer. You know, eight year old boy stuff.)

The little kids had crazy boxtime too. 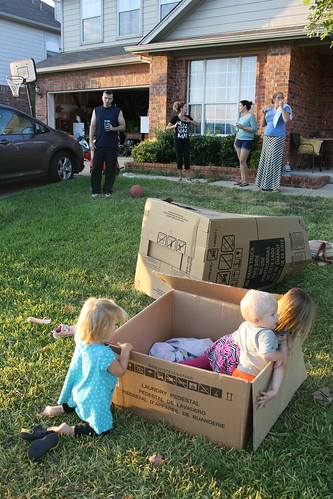 If you think we look classy here, you should see our fence that FELL OVER when Charley tried to walk through the gate at the beginning of the party. Our backyard now features a rotted section of fence and a huge pile of cardboard awaiting recycling. And also several dozen faded plastic toys in various states of decomposition, but that hardly seems worth mentioning.

We were all back inside by eight o'clock so I could resume my grade-a-thon while Ryan took care of some Scout business and the kids refused to go to bed until after ten. MAGICAL.

Anyway, Wes is seven! He is so big! And so awesome, and sweet, and thoughtful, and funny, and smart. He is the big brother of the neighborhood. He knows more about Pokemon than you could ever imagine and has devised an elaborate game of human Ninjago-Minecraft taht he and his buddies play on the playground every day during recess. In other words, seven is AWESOME.
Posted by Becca at 8:28 PM